Granit Xhaka smiles when he’s reminded of the goal he scored for Arsenal against Manchester United in April. The 25-yard thunderbolt - which fans voted as goal of the season - sealed a pulsating 3-1 victory for the Gunners.

The celebrations which followed felt like a big moment for Xhaka, who had seemed certain to leave the Gunners just a couple of years earlier following his high profile spat with the club’s fans after he was substituted by Unai Emery during a 2-2 draw with Crystal Palace in October 2019.

As Xhaka left the pitch to a chorus of boos from the Emirates crowd, the midfielder snapped - telling the Arsenal fans to "f**k off" before he made his way down the tunnel.

There seemed no way back and Xhaka has since admitted that he had his suitcases packed and was set to leave for Germany, only for Mikel Arteta to convince him to stay following his appointment as Emery’s successor.

Xhaka has been trying to rebuild his relationship with supporters ever since and that goal against Man Utd, which came at such a crucial point of the season, was the biggest bridge builder yet.

Now - as the midfielder prepares to begin his seventh season with the Gunners - he is determined to continue rebuilding that bond. 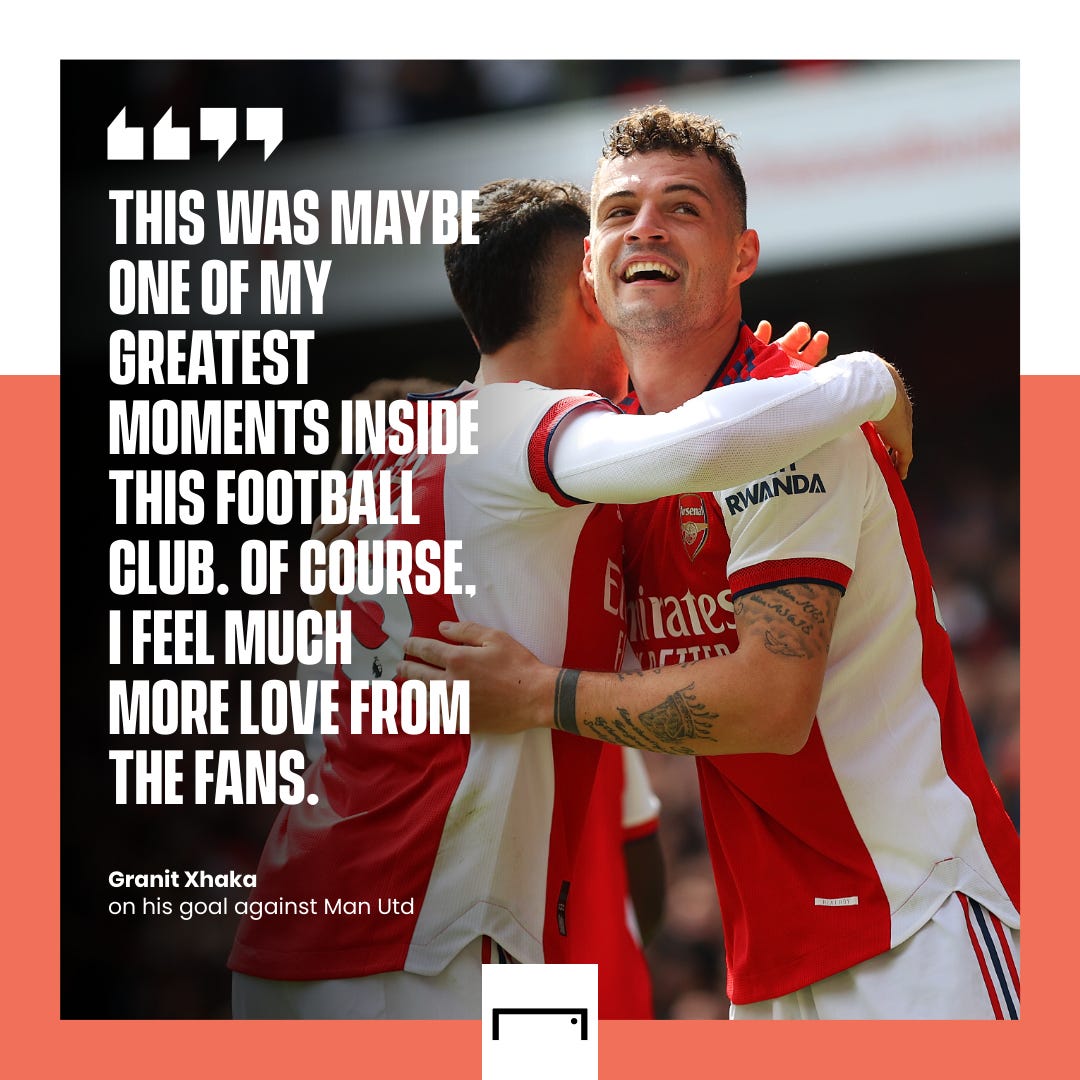 “This was maybe one of my greatest moments inside this football club,” Xhaka says, as he recalls his strike.

“Everyone knows what happened three years ago. To give you this answer now that [the goal] is one of the greatest moments, three years ago I would have said that it would never have happened.

“Of course I feel much more love from the fans. For my side as well trying to build something with them needs time for sure. But I have a feeling that we are in a good way.”

Xhaka added: “A lot of people ask me ‘was last season the best Granit since you are here?’, but I never had problems in this club, not with teammates, not with people in the building, it was only this moment with the Palace game. Everything else was fine with the club.

“People only see this moment and they were disappointed and forgot the other five years, but this is part of the business.”

Xhaka has often felt misunderstood at Arsenal. He believes there is a feeling among English fans that players don’t really care about football, that they just shake themselves off after a defeat or a bad performance and carry on as normal. 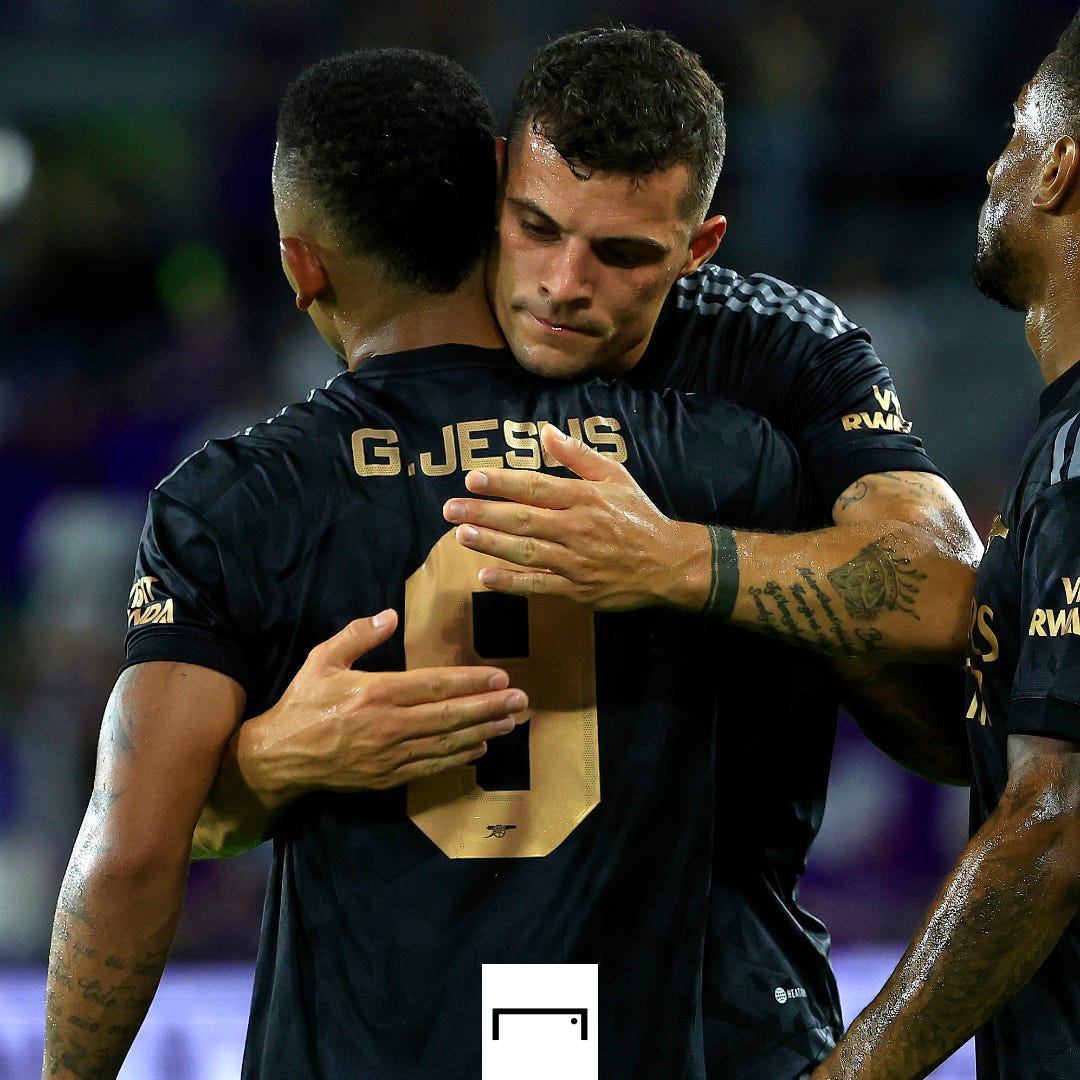 That’s a view he hopes might change after supporters watch Amazon’s All or Nothing documentary.

The show provides an insight into what players go through behind the scenes, with the cameras even following Xhaka into his home where you see him with his wife and two children.

The midfielder was happy to provide that sort of insight into his family life and would like to see fans given the opportunity to get even closer to players in the future as he believes it might change their opinion about how much players actually care.

"The people who do not see us in the training, for example, do not see how hard we are working,” he said. "They see us only during the 90 minutes.

"Everyone has a good and bad day. That is why I spoke with the club [and asked] ‘why can’t we bring the fans maybe once a week so they can see us how we train’?

"It is not like we are coming here to waste our time and after we don’t care about the 90 minutes.  We care more than people think. We can’t sleep after the game when we lose. It does not matter if we are home or away.

“No one can see that. This makes me very disappointed and very sad that after that the people start to say,’ you didn’t give everything for the club, you do that, you did…’ This is bullsh*t.

“It is so difficult in England to bring the people to the training ground. In Germany it is different, you have two, three, four thousand people and they come every day.” 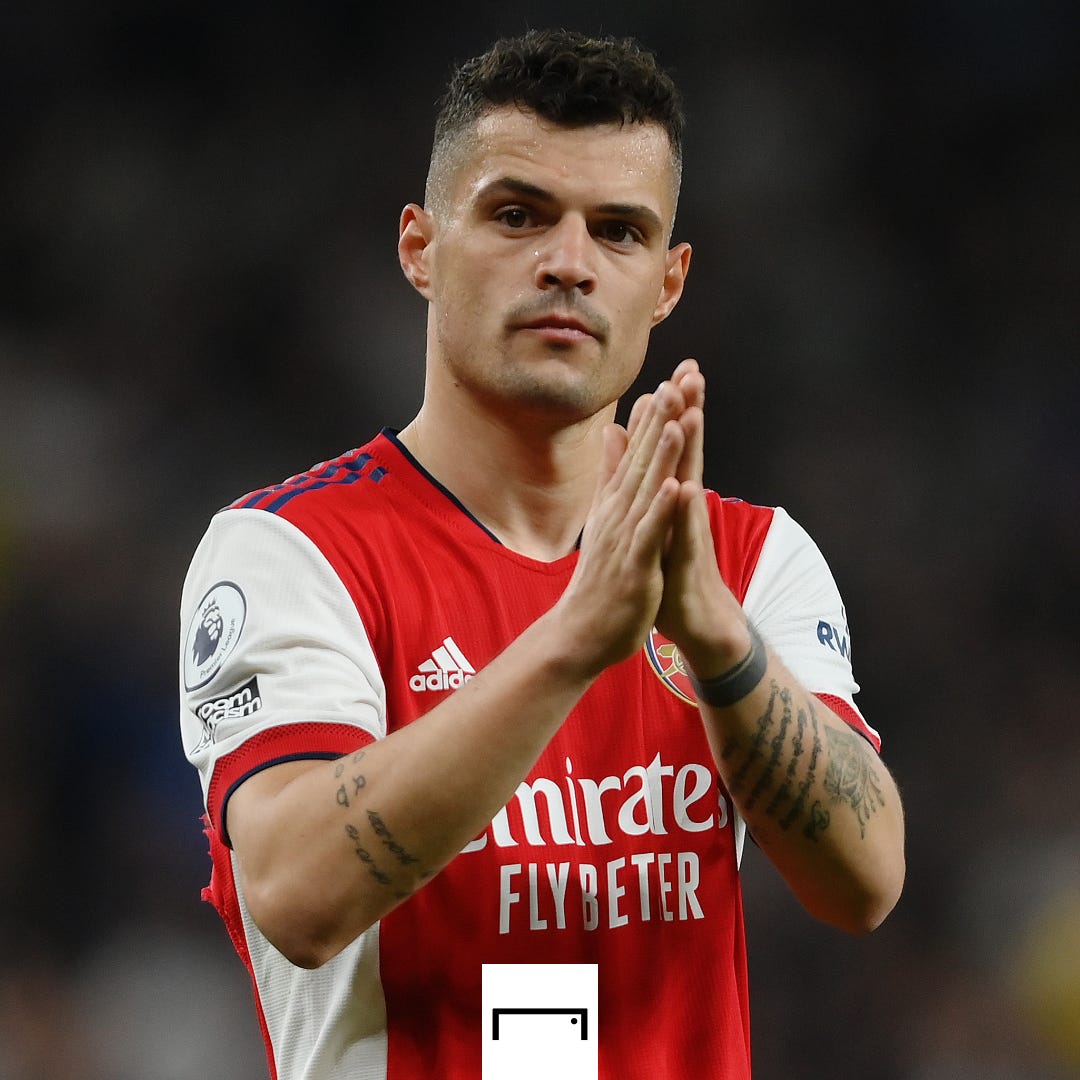 At 29, Xhaka is one of the elder statesmen of the squad at Arsenal.

While Mikel Arteta has cleared the decks since he arrived and moved on almost everyone who was at the club under either Arsene Wenger or Unai Emery, Xhaka has remained.

He was close to leaving last summer, with Roma keen, but eventually stayed put and now he is set to play an influential role once again as Arsenal look to improve on last season’s fifth placed finish in the Premier League.

“With Rob Holding and Hector, I think I’m the only guy here from six or seven years ago, everyone else is new,” he said. “That makes me very proud. We are building something very special here with the project with Mikel.

“It’s a shame I only have two years more on my contract. Let’s see what happens after two years, but I am seeing a big, big future for this club.”

He added: “It’s my seventh year now here. I saw the good things, I saw the bad things.

“After what happened to me two and a half, three years ago I tried to come back as strong as possible with the new guys as well. I give them respect. They give me respect as well.

“I try to treat everyone the same, it doesn’t matter the age. For me, age is only a number.

“In the end you only have to show yourself on the pitch, it doesn’t matter if you’re 18, 30 or over 35. If you deserve to play you’ll play. If not, you don’t deserve it. I’m not a guy looking too much at the numbers if I’m honest.”