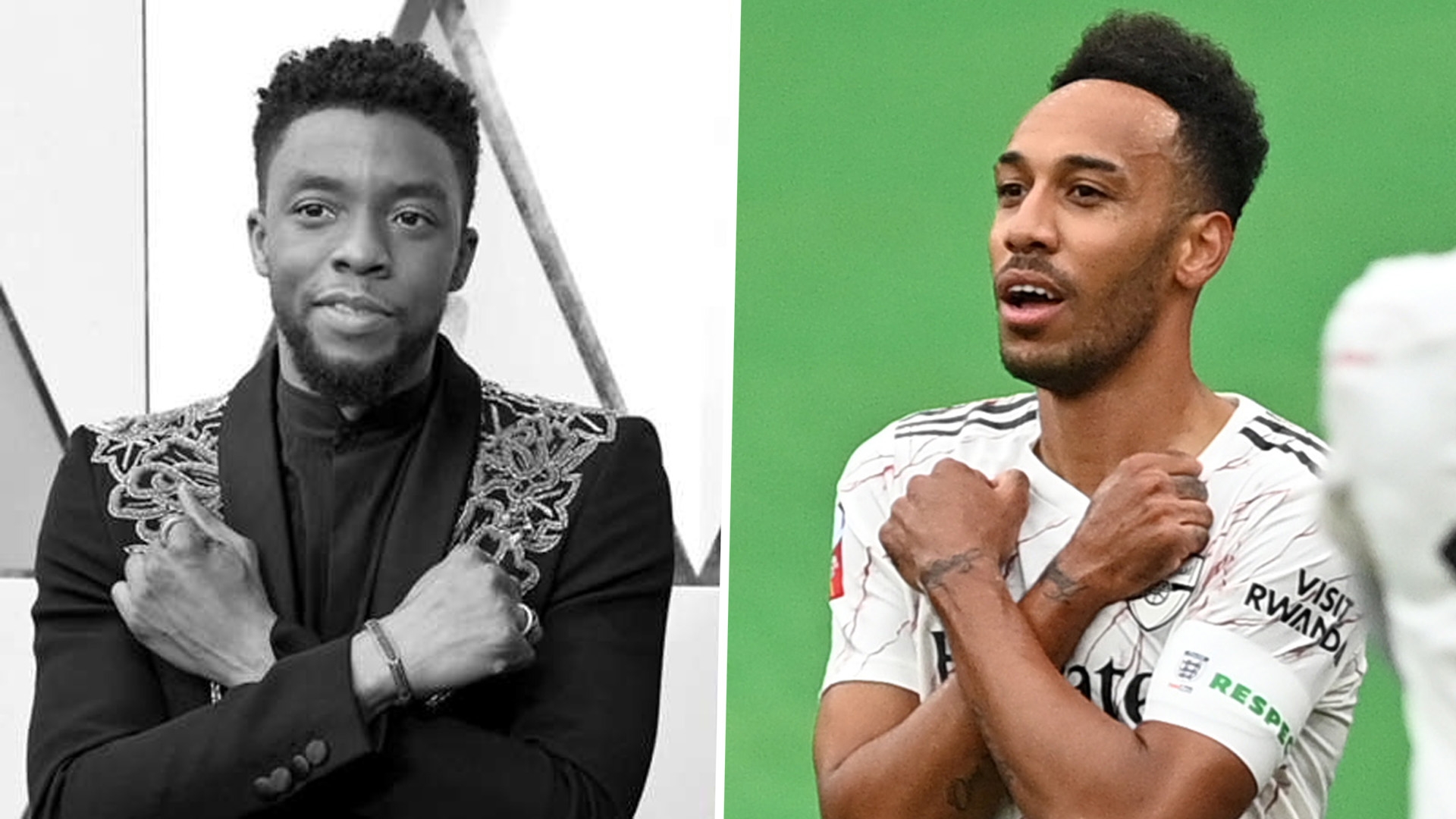 The Arsenal striker, Kylian Mbappe and Jadon Sancho have all paid their respects to the Black Panther Star

Football has paid its respects to the actor Chadwick Boseman, who lost his life to colon cancer on August 28.

Boseman, who had kept his fight against the disease secret for four years, had won acclaim for his portrayal of strong black characters on film, including baseball great Jackie Robinson in ‘42’ and musician James Brown in ‘Get on Up’.

However, it was for his role as titular star of Marvel’s Black Panther that he will be most popularly remembered in a film seen as a cultural milestone due to its predominantly black cast and director.

His family said in a statement: “A true fighter, Chadwick persevered through it all, and brought you many of the films you have come to love so much.

“From Marshall to Da 5 Bloods, August Wilson's Ma Rainey's Black Bottom and several more - all were filmed during and between countless surgeries and chemotherapy. It was the honour of his career to bring King T'Challa to life in Black Panther.”

Many footballers have subsequently copied Black Panther’s famous actions, with Arsenal forward Pierre-Emerick Aubameyang celebrating a goal in the Community Shield against Liverpool by striking the Wakanda Forever pose.

The Gabonese frontman had previously toasted a strike against Rennes in the Europa League by pulling on the superhero’s mask and impersonating his stance.

"I needed a mask that would represent me," he told BT Sport in the aftermath. "It is a Black Panther and in Africa in Gabon we call the national team the Panther of Gabon. It represents me."

Having touched the lives of the current generation of stars, many have paid tribute to the impact he had on their lives via social media, with Aubameyang changing his avatar in tribute to the star while Arsenal offered a message of condolence.

“Rest in peace, Chadwick Boseman. An inspiration whose impact went far beyond film. Your legacy will live on,” the London club wrote, along with “#WakandaForever” in reference to the fictional land that Black Panther ruled over which has trended since the news of Boseman’s passing.

An inspiration whose impact went far beyond film. Your legacy will live on. #WakandaForever ❤️ pic.twitter.com/8gsoKRPASn

We all feeling it!! may you Rest in Peace You gave us so much Hope and strength thanks for everything #wakandaforever 🙅🏽‍♂‍ @chadwickboseman

Rest in Peace, a true inspiration to us all...🕊🙏🏼 pic.twitter.com/wtFKQLRBrd

RIP Chadwick Boseman, even though I didnt know you on a personal level you inspired me and millions of people around the world. Rest easy king 🙏🏾🤴🏿