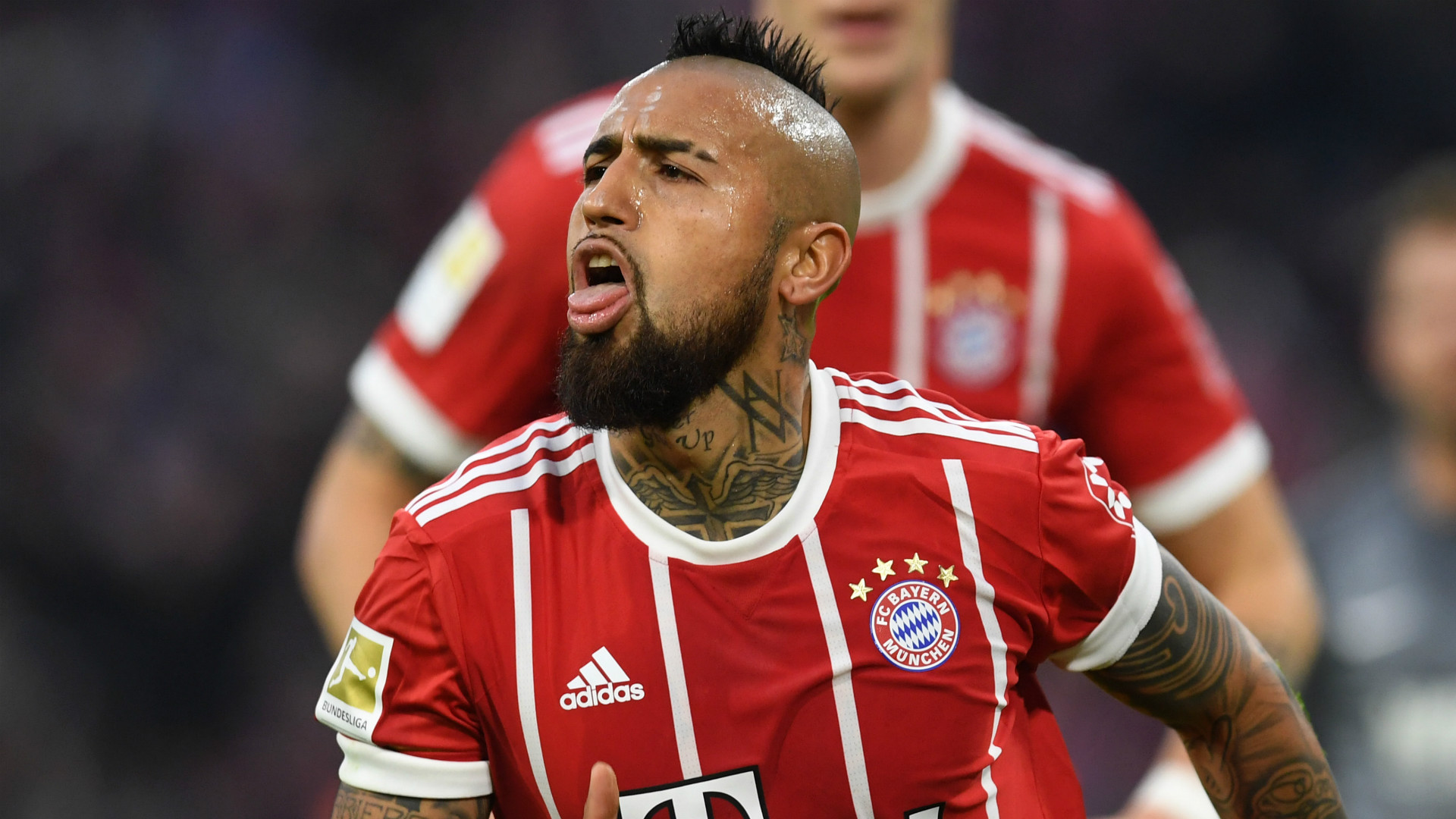 The Chilean midfielder has seen his future at the Allianz Arena called into question on a regular basis, but has reiterated his happiness in Germany

Arturo Vidal admits he would welcome the opportunity to pen a new contract at Bayern Munich amid talk of a possible move to Chelsea.

The 30-year-old midfielder spent much of the winter transfer window seeing his future at the Allianz Arena being called into question.

With Bayern having tied up a summer deal for Schalke star Leon Goretzka, it has been suggested that Vidal will be moved on as the odd man out.

The Chile international has, however, stated on numerous occasions that he is not pushing for an exit and has now opened himself up to fresh terms – with his current deal set to expire in 2019.

Vidal told Sport1: “I play in this team for a reason, and I'm certainly one of the world's best in my position for a reason.

“I do not think about a change, I feel really good here.

“Of course I would like to extend. This is an option and my children are very happy here.”

Vidal added on his current form: “I don’t know if I've been this good here before.

“It's clear I feel very good, especially physically, and I have no problems with injuries, which helps me.”

Bayern boss Jupp Heynckes recently indicated that he would like to see Vidal stay on past the end of the current campaign, even if he himself may not.

The experienced coach, who is working on a short-term deal, said: "For me he is a fundamental player in our team.

"My opinion is that he is very important. I consider him a fantastic footballer. The player has to decide if he wants to stay here, and the club too."

He said after a 2-1 victory over Schalke: “I do not know what some newspapers write.

“Arturo is a true professional and he impressively proved to Schalke that he is one of the leading players here.”