D. Alli
Alex Young
11:22 15/06/2016 Comments()
Saatchi & Saatchi/Illustration by Murray Somerville
Back the young Three Lions squad with Temporary Hope transfer tattoos of Harry Kane & Co. ... and wash away with ease, along with the painful memories, should the worst happen

European Championship fever has gripped the continent and England fans are already getting that familiar uneasy feeling ahead of Thursday's crunch Group B clash with Wales.

A wholly undeserved but highly predictable late equaliser for Russia leaves the young Three Lions squad in danger of missing out on top spot should they fail to beat their home nation rivals.

Roy Hodgson has picked the youngest squad currently ploughing away in France to prompt concerns over inexperience, so what better way to show your support with Temporary Hope tattoos?

The tattoos are the brainchild of Ben Robinson and Mike Whiteside, creatives at Saatchi & Saatchi, so now fans can transfer the faces of England's saviours - Harry Kane, Jamie Vardy and Dele Alli - on to themselves to proudly state their allegiance.

But what happens when the hope of a nation goes down the toilette? Simply scrub off the tattoo and wash away, along with all of those painful memories.

Head over to www.temporaryhope.com for more information, with all proceedings going to Football Beyond Borders. 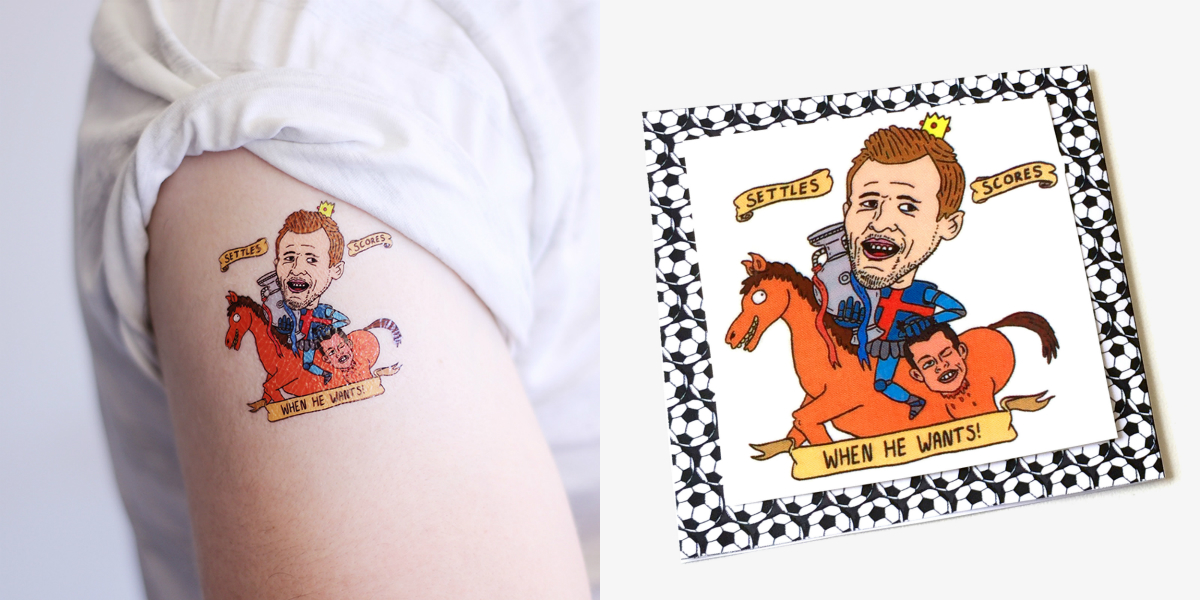