At 14, Jacinto Ela was one of the world’s best players in his age group. At 19, he moved to the Premier League. At 26, he had quit football at the top level.

Nowadays, the former Southampton forward is remembered by few fans. There are precious few YouTube highlights, no skill compilations, no real records of his goals and glory.

Yet a quarter of a century ago, he was the game’s next big thing.

The year is 1996 and Manchester is hosting the Nike Premier Cup, a competition pitting clubs from around the world against each other, featuring players aged between 13 and 15.

One of them immediately catches the eye, a young man on the books of Espanyol. Ela was born in Equatorial Guinea, but his family moved to Spain when he was young.

The 14-year-old certainly has the Iberian flair, the innate ability to do as he pleases with the ball at his feet. Deployed on the wing, the two-footed No.10 is the focal point of his side’s attacks.

Espanyol wins the cup and Ela is named player of the tournament. Suddenly, for professional scouts, Ela is a marked man.

Yet just 12 years later, Ela was on the books of CE Premia, an amateur club in Catalonia.

At the age of 26, when most top players are approaching the best years of their careers, Ela decided to call it quits and walk away from the game entirely. 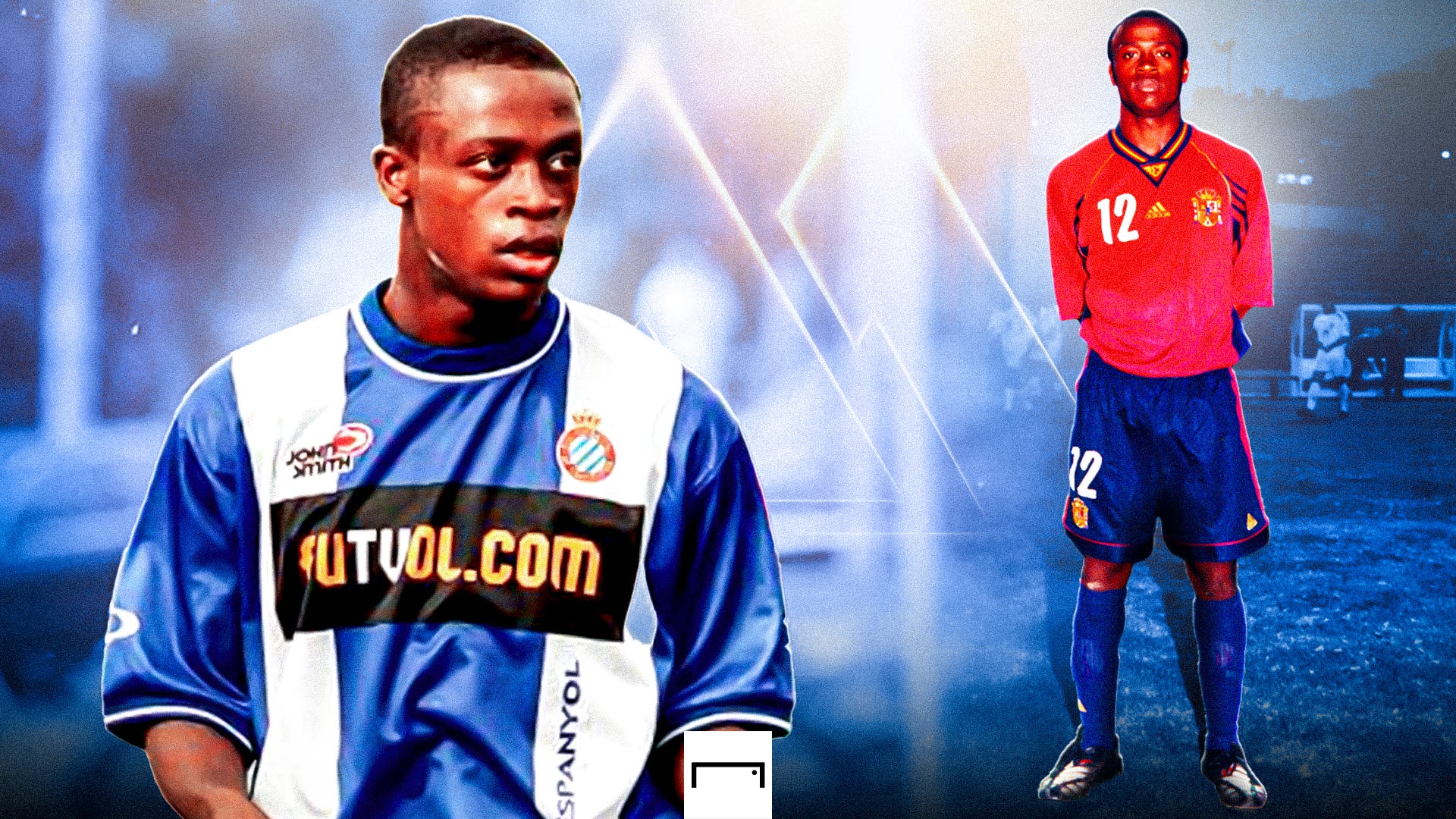 “At the age of 14, they named me the best child player in the world,” he writes. “I knew I wasn't, but it helped me turn pro.

After impressing at the tournament in Manchester, Ela earned a brand deal with Nike. It earned him the nickname “El chico Nike” from his team mates, as he couldn’t wear any other brand of sports clothing.

He progressed through the youth ranks at Espanyol, winning both junior league and Copa del Rey titles. However, he only made one senior cup appearance for the club, and never played in La Liga.

“Only 0.2 per cent of youth players make their debut in the Primera Division,” he told El Confidencial in 2019.

“But they make kids believe that it is a godsend, that it is easy to find millions in the bank and luxury cars. Football is a scam. It's easier to win the lottery”.

Yet it still appeared Ela had won the lottery. He represented Spain at Under-18 level, alongside players like Victor Valdes and Mikel Arteta, scoring five goals in 11 matches.

Released by Espanyol in 2001, he still looked to have an exciting career ahead of him when Premier League side Southampton signed him up.

In penning a three-year deal, he became the first ever Spanish teenager to sign for an English top-flight club. Before Gerard Pique and Cesc Fabregas, there was Jacinto Ela.

Yet things never worked out for Ela.

Struggling with the language barrier and breaking into a side too concerned with constantly fighting relegation to take chances on untested youngsters, he spent three frustrating years stuck in the Southampton reserves.

"I could erase from my CV that I was at Southampton FC and it wouldn't lose importance.” Ela wrote in a blog post.

“On the one hand, I felt privileged”, he said in another. “There are millions of players who wish they had been in my place.

"But, on the other hand, I felt caged in phases of progression that I didn't understand. In exchange for a salary they tried to make my dream of being a world-class footballer stay in the background.”

His cultural problems were exacerbated by a knee injury which disrupted his first two seasons with the Saints – and to which he went to extreme lengths to remedy.

“You don't remember how you walk. You do not see the possibility that one day you will run again,” he says of his injuries. “Pain is constant, caution infinite.

“I was so desperate that, to avoid arriving cold to training, I decided to buy a wetsuit for surfers in an adventure sports store that I only went to once in the two years I was there.

“I cut the top part of the jumpsuit above the waist and used the bottom part as leggings. The most logical thing – some will think – would have been to buy some tights, but no, I needed something thicker; a fabric that would keep you warm for hours.

"To achieve this, I went to training before the rest and jogged to get warm and thus start the session with a warm knee.

"I couldn't afford to waste the first hour of training warming up my knee while my team-mates were on fire in just 20 minutes.”

These extended periods on the sidelines deepened a feeling of boredom, isolation and disenchantment – that the world of football simply was not for him – and eventually led to his release from Southampton.

“One afternoon after lunch, Steve Wigley, the reserves coach, called me over with his insurance salesman smile to talk,” Ela writes.

“We sat on the bench and began a questionnaire disguised as a conversation. ‘You are doing well, we are happy with you, how are you feeling?’

"Suddenly, he put his arm around me and he told me: ‘Jazzy, we thought that the best thing for you is that you look for a team.'

“I looked at him with a face of cement and deaf at the same time; I didn't know if I had understood correctly. Seeing my face, he immediately added: ‘We'll pay you an extra month.’

“His cynical arguments (‘In Spain the weather is better’) did not prevent me from getting up politely and going to the shower.”

Ela returned to Spain, initially on loan with Hercules and then permanently to Alaves. A brief foray back in British football with Dundee was followed by a tour of lower league Spanish clubs.

Since giving up football at 26, Ela has worked as a teacher, for a train company, even setting up a clothing line with his wife.

He has written several books and keeps his blog well maintained, including open letters to several notable players from Ousmane Dembele to Mario Balotelli.

All a far cry from the boy at 14 who was supposed to take on the world.