European champions England will face the world champions, the U.S. women’s national team, at Wembley on October 7. The Lionesses triumphed at the national stadium on Sunday evening to win the 2022 Women’s Euros, beating Germany 2-1 in extra-time.

Now, they can look ahead to taking on another powerhouse of the game – the team that knocked them out in the semi-finals of the 2019 Women’s World Cup and has won the last two editions of the competition.

The fixture is subject to England securing their place at the 2023 World Cup, but they only need a point from their final two qualifiers in September to do that and have won all eight of their games in the group so far.

Why will England play the USWNT?

Speaking upon the announcement of this high-profile friendly, England head coach Sarina Wiegman said: “It is really exciting to have the chance to play the U.S. at Wembley if we can make sure of qualification for the World Cup.

“It would be the perfect game for our squad to meet another strong team after so many tough games in the Euros. It is good we enjoy the moment we are in after this wonderful summer, but we know we still have to work to do to take the next step forward.

“As a team, we take nothing for granted with our goal of reaching the World Cup and whoever we play at home in October, it will be special to have another Wembley fixture.

"After the positive experiences we have had this summer, it will be great to welcome as many fans as possible so that we can say thanks again for their incredible support.” 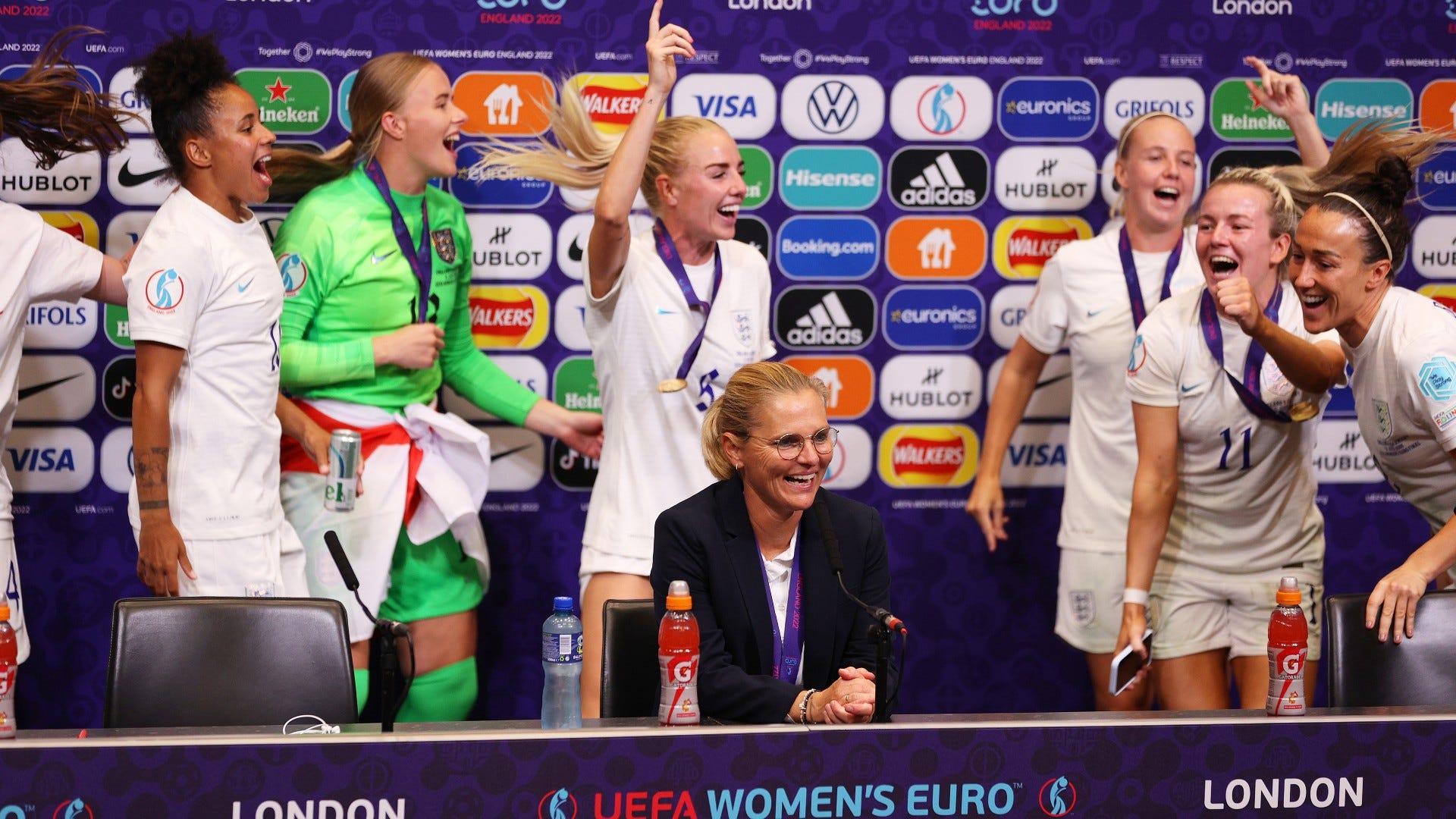 Speaking on Monday at England’s victory party at Trafalgar Square, defender Lucy Bronze was already talking about her desire to secure that World Cup trophy next summer, and his fixture with the U.S. would serve as excellent preparation in that goal.

“That will make [my trophy cabinet] full,” she said. “I think we’ve had a winning mindset for a couple of years now. We’ve been pushing that and just needed to match it on the field and we’ve finally done that.

"For a lot of the girls, that was their first tournament for England, and I think they think this is normal. That’s a great thing if they think that’s normal, then we have to keep getting to finals, that sets the standard.”

When will tickets for England vs USWNT go on sale?

Through the Football Association’s website, tickets for the game went on sale to My England Football members on August 2, with general sale beginning on August 3 at 2pm BST (6am PT/ 9am ET).

Should England fail to secure World Cup qualification, and instead be involved in the play-offs in October, anyone with a ticket for the game would be entitled to a refund. The FA and U.S. Soccer would then work together to arrange a new date for the two sides to meet in the future.