Finisher, creator, Real Madrid leader: Should Benzema be in contention for the Ballon d'Or? 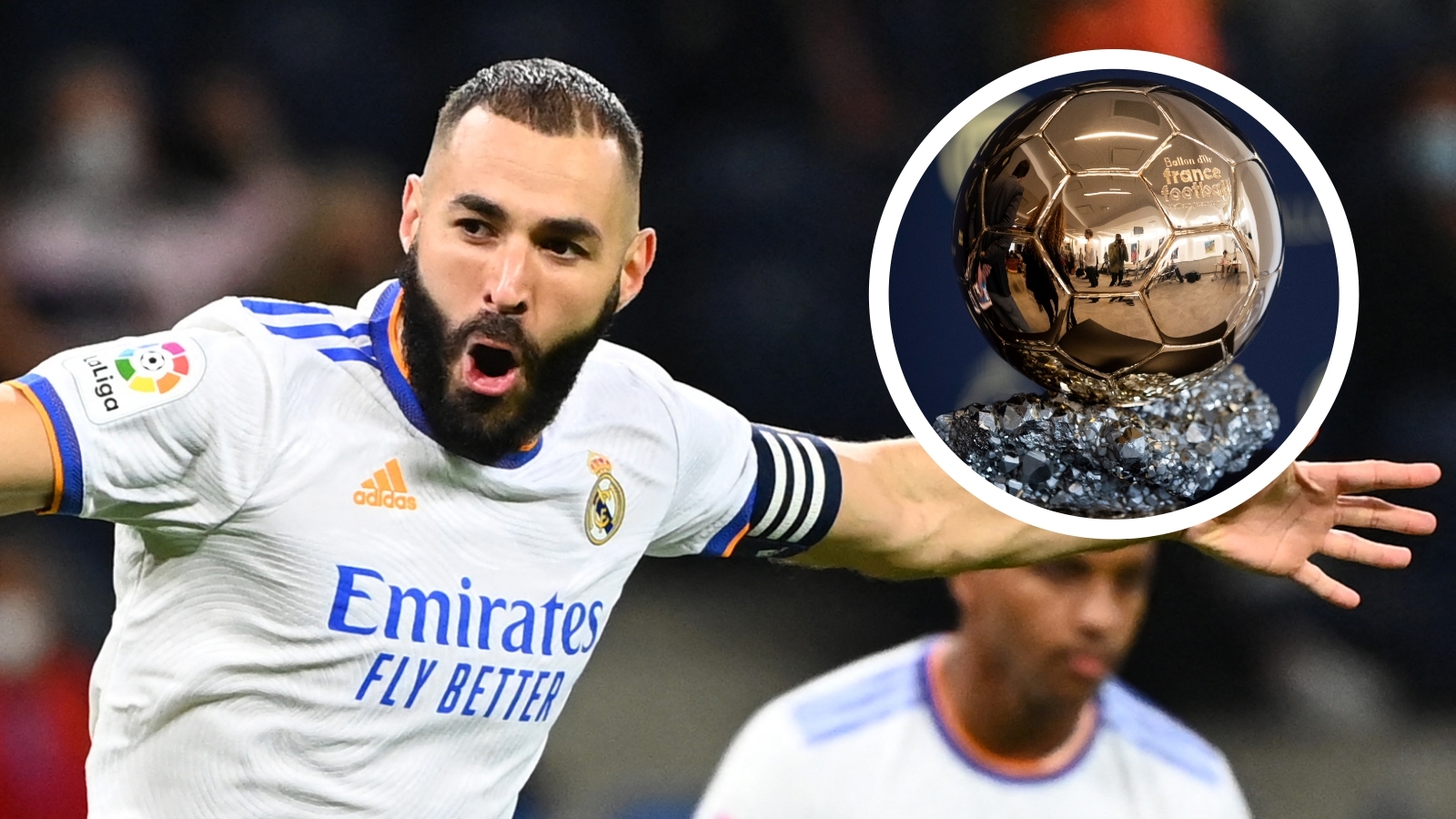 Or, if you are Carlo Ancelotti, when you lose your two best centre-backs in the transfer window, turn your attack into the sharpest in Spain.

That has been Real Madrid’s plan at the start of the season, having seen Raphael Varane join Manchester United and captain Sergio Ramos depart for Paris Saint-Germain.

Ancelotti's approach, while surprising after a dour spell at Everton, is based around Karim Benzema, who is proving himself the best player left in La Liga after Lionel Messi left Barcelona in the summer.

The France forward is enjoying an Indian summer in his career, improving with age, and is a potent spearhead for Ancelotti’s team.

The finisher, the creator, the pulse of Los Blancos.

Given Madrid have the division’s best player, it makes sense to play in a way in which he can thrive.

And Benzema has started in superlative form, with eight goals and seven assists in his first six games, before the frustrating goalless draw with Villarreal on Saturday.

Despite that result, Madrid are La Liga’s leaders and top scorers, with 21 goals from seven matches. The next closest teams have just over half, with Rayo Vallecano and Valencia netting 12 each thus far.

Real Madrid have scored more than double the goals that reigning champions and city rivals Atletico have managed - just nine.

Fittingly, now Benzema is the team’s heartbeat, he wears the captain’s armband. The ex-Lyon star is the de facto leader, with club captain Marcelo usually on the bench or in the stands.

The calls for the striker to be in contention to win the Ballon d'Or are only growing louder, too.

"For what he's doing and for what he's done, he has to be in the list of possible winners," said Ancelotti. "Saying that, Karim's got time to win it. I somehow doubt this is his final season. He's like a fine wine; the older he gets the better he is."

Diplomatically, Benzema has improved too, as evidenced by his recall for France at Euro 2020.

In October last year he was caught telling Ferland Mendy not to pass the ball to Vinicius Junior, because of the young forward’s wastefulness. Now, Benzema has formed an impressive connection with the Brazil winger, the pair exchanging assists for Madrid’s two late goals to come from behind against Valencia at Mestalla.

The second goal he scored against Real Mallorca in a 6-1 rout also highlighted his nonchalance. An improvised piece of control with his back before an ice-cool finish.

And if the doubters say he did not mean to take down David Alaba’s pass like that, then they must acknowledge the stunning reflexes to adjust to a ball he could not see.

It was his 200th goal in La Liga, becoming the 10th-highest scorer in the league’s history. Benzema is just 28 goals away from reaching the top five, overtaking Madrid legends Raul and Alfredo di Stefano in the process.

Benzema’s game also helps raise the level of those around him, because he is creative, rather than being overly selfish as many forwards tend to be. Having spent several years servicing Cristiano Ronaldo, it is a trait Benzema has not forgotten.

Ancelotti has leaned into this by giving Marco Asensio a midfield role, knowing that Benzema will drop back if needed. The Spain international responded with a hat-trick against Mallorca last week.

However, using the same system against Villarreal at the weekend, the team showed weakness in the centre of the pitch, with Unai Emery’s side dominant in the first half.

The coach changed his set-up, introducing new signing Eduardo Camavinga and moving Asensio out to the right-wing, in place of Rodrygo. When Madrid can play with four forwards they will, but the coach may be more pragmatic going forward in tougher games.

Against Sheriff in the Champions League, though, Madrid will look to flex their attacking muscles again and make a statement victory in Europe.

The record 13-time champions scored an excellent 1-0 away win at Inter on matchday one, and can take control of Group D if they beat Moldovan minnows Sheriff, who earned a surprise triumph over Shakhtar Donetsk in their first match.

It’s the kind of game in which Ronaldo used to fill his boots. The Portuguese is the club’s all-time top scorer and also has netted more goals in the Champions League than any other player in history. The last time they won the competition was while Ronaldo was at the club, in 2018. Now, it is Benzema’s turn to be king.

“Benzema has to score 50 goals, not 30,” said Ancelotti. And if Madrid keep playing the football they have conjured up so far this season, and Benzema maintains his personal state of grace, it is not beyond the bounds of possibility.