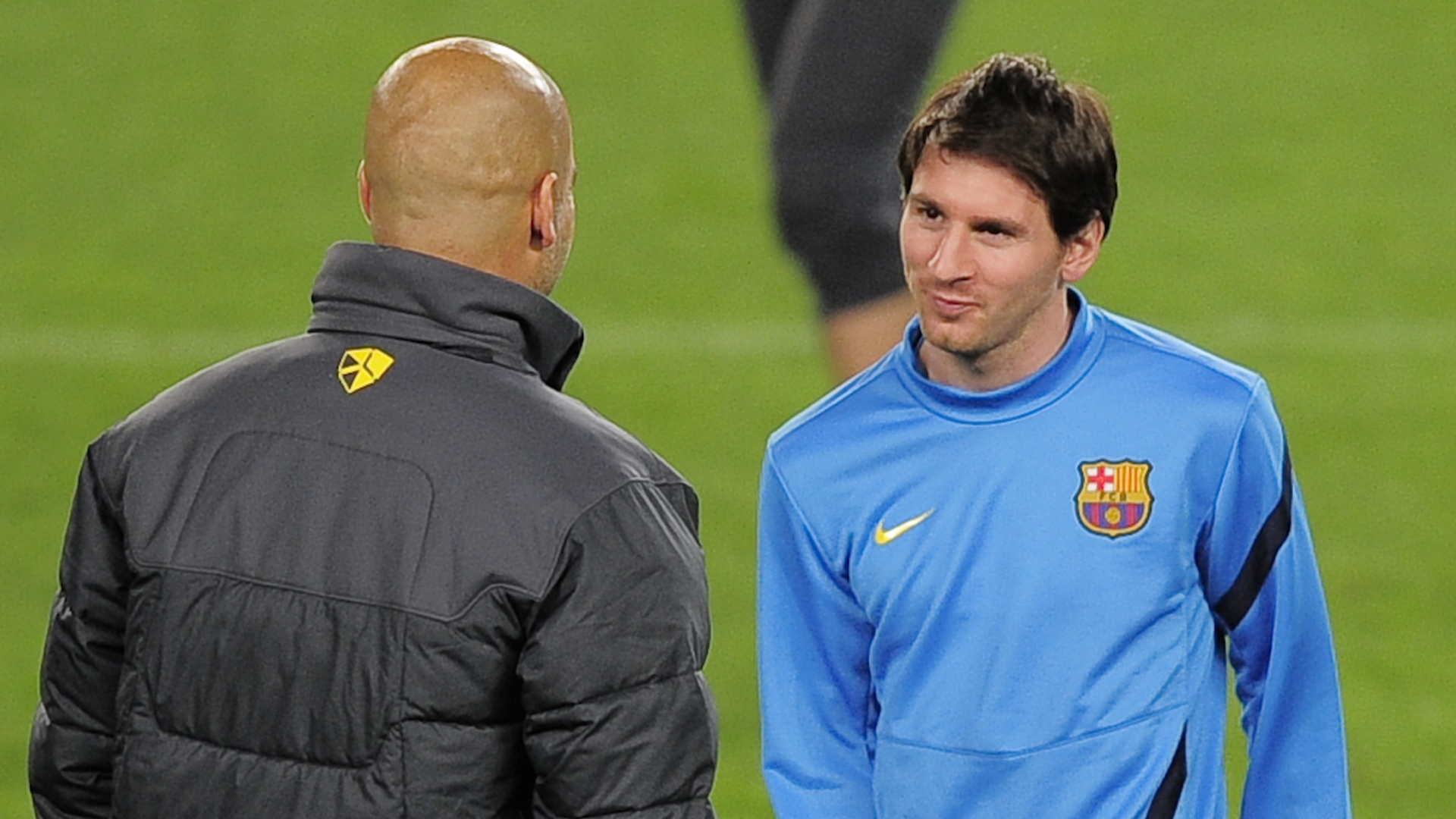 The Argentine was asked to play a novel role that few could grasp at first, but his ability to adapt saw his old head coach's tactics pay off

Lionel Messi has opened up on his evolution as an attacker, detailing his early days as a second striker with boyhood club Newell's Old Boys all the way to becoming the most feared right-winger on the planet via Pep Guardiola's introduction of the 'false nine' at Barcelona.

Messi is most commonly associated with playing on the right side of a front three - the Blaugrana continuing to take advantage of the Argentine's ability to cause chaos as he cuts in from wide onto his preferred left foot.

And while many look at the 32-year-old as a player who could easily shine in most roles on the pitch, Messi revealed that his positional evolution generally came through good management – especially in his earlier years.

"I got to play one or two years of 11-a-side football in Argentina with Newells, and there I played behind the playmaker," Messi told La Liga on DAZN.

"When I arrived at Barca we had a 3-4-3 formation, which was tricky for me because I was playing in the upper part of the diamond.

"I was a playmaker used to what I’d been doing since I was little, moving around with a lot of freedom. And sometimes I played on the wing."

Upon his graduation to the first team, Barca's ranks were bursting with world-class talent, meaning a young Messi was again played out of position for his debut under then-boss Frank Rijkaard. The choice to do so, however, led to other teams copying the idea.

"The reality is that I didn’t have another choice and I was put onto the right," he said.

"Rijkaard played me on the right, which was a completely new position for me. I’d never played there before. I had to start off on that side, and I slowly got used to it.

"I was delighted, because I was playing – and what you want is to play, wherever it is. I slowly grew fond of that position.

"I got used to it quickly actually, because playing on my opposite foot meant I could bring it onto my strong foot when I went inside, and it was easy for me to cut in and have a view of the pitch ahead of me. I quickly got used to it in that sense.

"At that time, we played with [Ludovic] Giuly, Samuel Eto’o and Ronaldinho, and then I began to come into the side. Later on, I began to be used much more, and it was more common to see inverted wingers."

One of the most famous roles played by Messi is the 'false nine', a position introduced by Guardiola ahead of a headline El Clasico date with Real Madrid - and one that sparked plenty of discussion due to the novel nature of the tactic.

"I remember that it was a surprise for me, because I was called up the day before the game, was made to go to Guardiola’s office at the Ciutat Esportiva, and I was told that he had been watching Madrid’s games a lot, as he did with every opponent.

"He had been talking with Tito Vilanova and they had thought about me playing as a false nine. He was going to put Samuel and Thierry Henry on the outside, and I was going to play as the false centre forward.

"I wasn’t going to stay there, but rather come out and join up with the central midfield. The idea was that Madrid’s centre backs would follow me out, and the two fast wingers that we had would go around the back.

"In fact, one of Henry’s goals was like that. It was a surprise for us and for Madrid. I remember that we had a lot of possession, and we always had an extra man in the middle of the park.

"I’d never played as a centre forward, but I knew that position because it meant coming through from deep to get forward, without being a static number 9. It wasn’t a big change for me. I’d been playing on the outside for years, and so I knew what that position was about."

Now entering the final years of his career at the very top, Messi says he is still adapting his game to suit the needs of the team.

"I’ve got used to playing a little deeper in recent years, picking the ball up and joining up with the midfielders to have more possession.

"That also happened when we didn’t have Xavi or Andrés Iniesta anymore, as with them we had a lot of possession during the entire game.

"When they weren’t there I began to drop back a little more to try to get numerical superiority, always with the idea of arriving and trying to score as well."