Betting
Phil Kitromilides
Betting Writer
14:43 20/01/2017 Comments()
Getty
The hosts have a poor record against La Liga's biggest sides and our tipster is backing the champions to win without conceding on their travels

Thursday night saw Barcelona end a 10-year wait for a win in San Sebastian, with the Blaugrana overcoming Real Sociedad 1-0 in the first leg of their Copa del Rey quarter-final at the Estadio Anoeta.

It was an excellent result for Luis Enrique's men and, after failing to win their first two games of the year, the defending champions have now won three matches in a row.

Sunday evening sees Barca revisit the province of Guipuzcoa once more and 60 kilometres south-west of San Sebastian lies Eibar. The side from the smallest city in La Liga were also in action on Thursday night in their first-ever appearance in the last eight of the Copa, although their 3-0 first-leg defeat at Atletico Madrid means that they are unlikely to further progress in the competition. 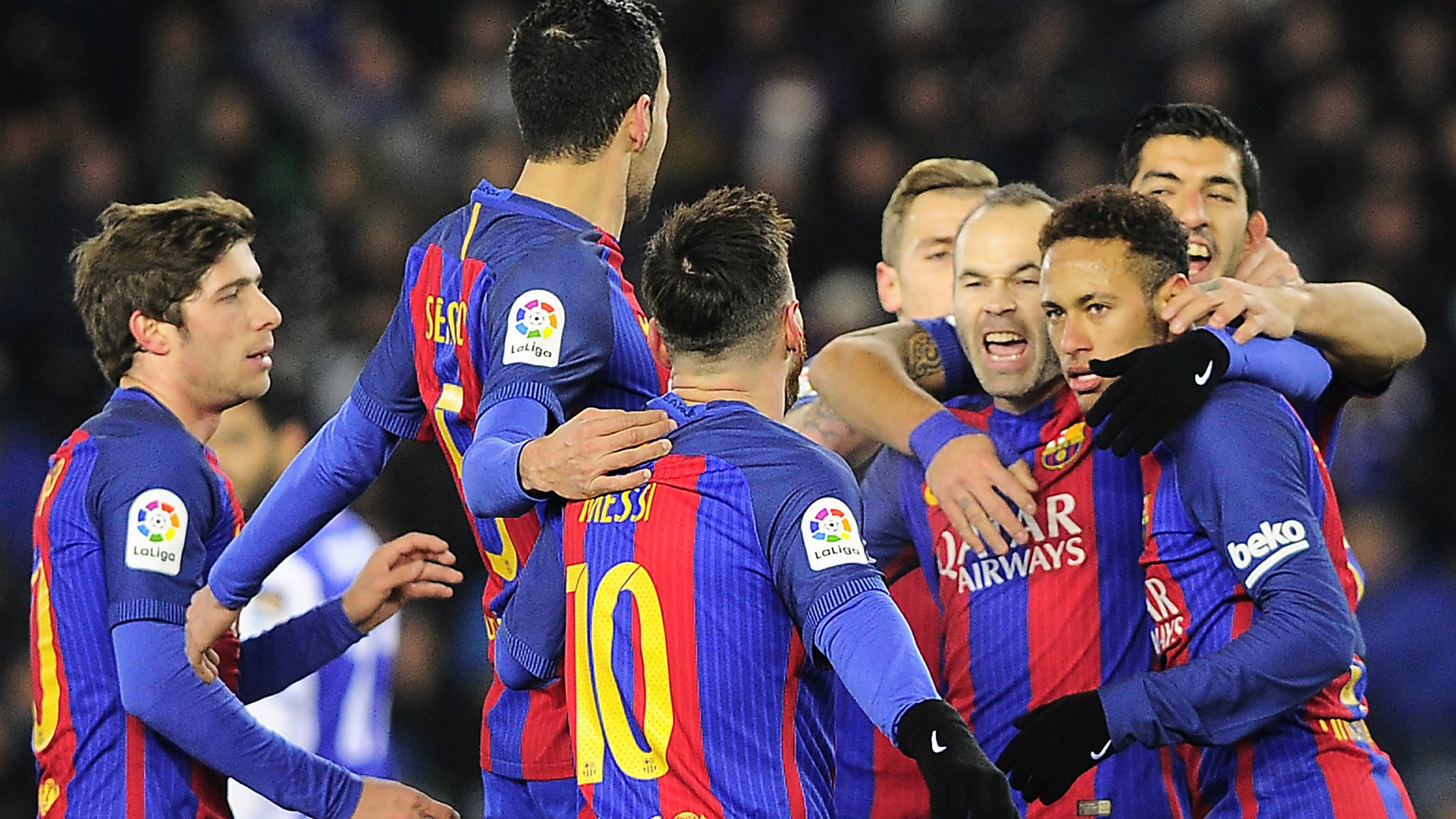 What does look likely is their survival in La Liga, with Eibar sitting a healthy 14 points clear of the relegation zone thanks to seven wins and five draws from their 18 games. Five of those seven wins have come at home but it is perhaps interesting to note that they have scored more goals on the road than at the Estadio Ipurua. 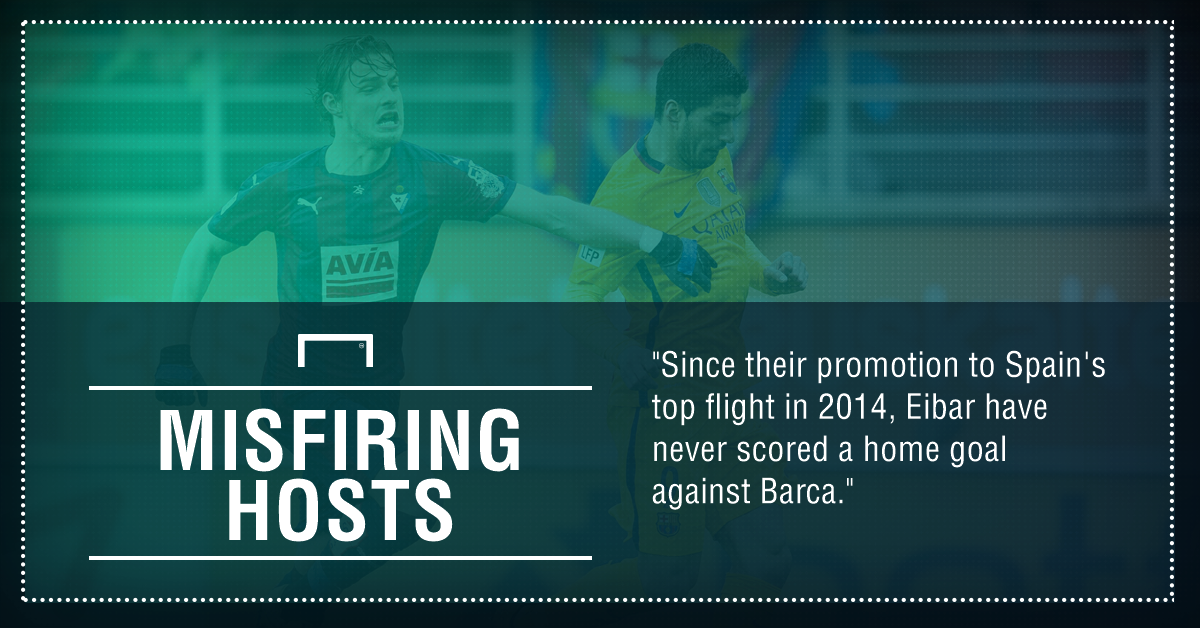 Not only have the Basques never scored a home goal against Barcelona but that is a statistic repeated in the case of Real Madrid, while in three home matches against Atletico they have netted once.

That means that, in seven home league games against the division's big three sides, Eibar have managed just one goal (a last-minute strike in a 3-1 defeat by Atleti two years ago). The price, therefore, of 5/4 (2.25) for Barcelona to win without conceding looks extremely tempting, with Eibar failing to score in both of their last two home matches and Barcelona regaining their confidence.