What is Ronaldo's net worth and how much does the former Brazil star earn? 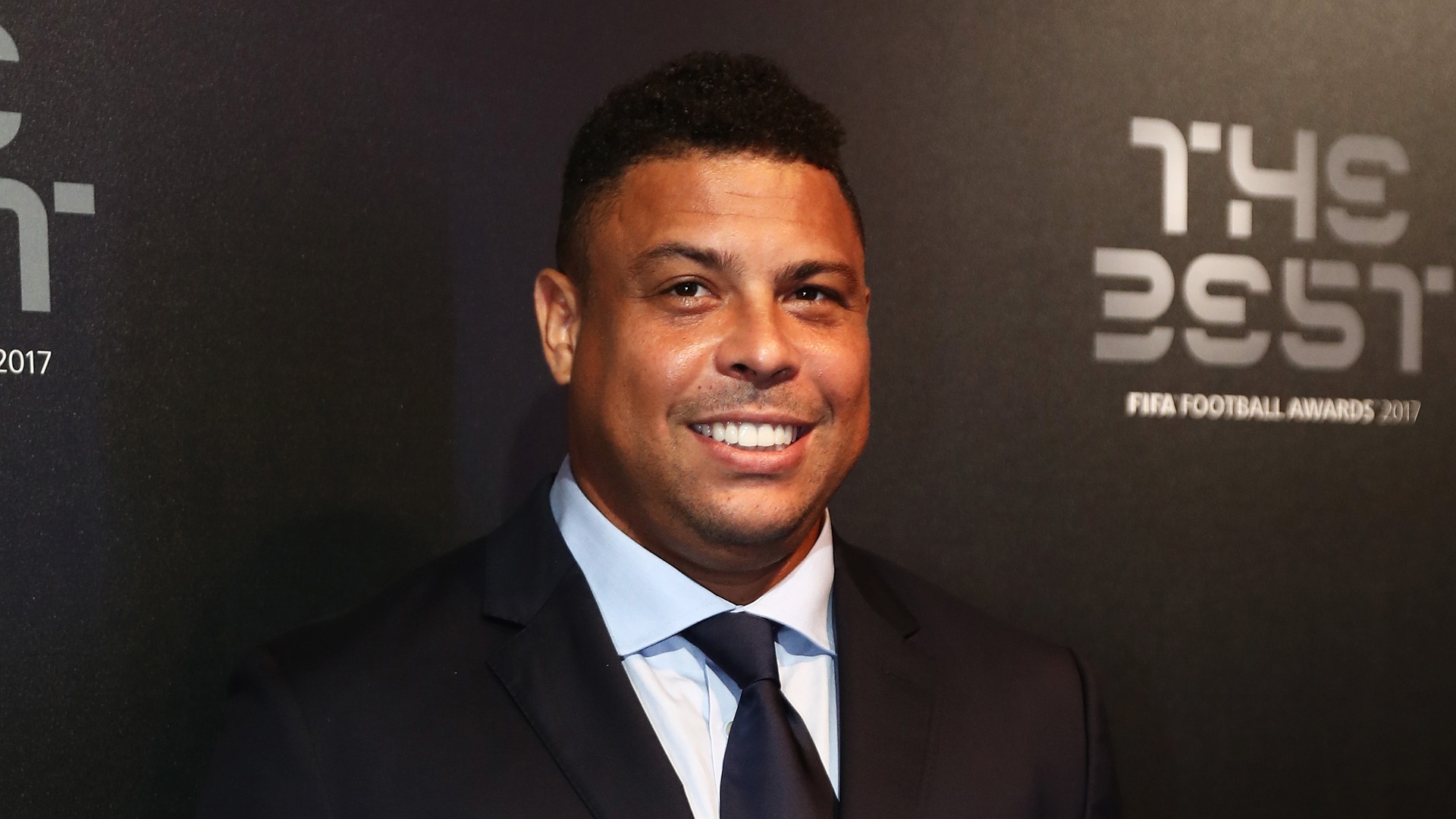 Ronaldo Luis Nazario de Lima is revered by many in football for his frightening ability, but his appeal off the pitch helped him become a businessman

A World Cup winner, three-time World Footballer of the Year and two-time Ballon d'Or winner, Ronaldo was the biggest star in football from the mid-1990s until his retirement in 2011.

Hailed as "the most global of all athletes" by Nike back in 1998, the Brazilian striker known as O Fenomeno (The Phenomenon) found himself plastered on billboards, on television commercials and he even made an appearance on The Simpsons.

His prodigious talent propelled him to the heights of the sport and the wealth he acquired during his career meant that he was able to cross over into other business realms when he passed his physical peak.

So, what is Ronaldo's net worth, what business interests does he have and who are his sponsors? Goal brings you everything you need to know.

What is Ronaldo's net worth?

Ronaldo's net worth is estimated to be around €300 million (£260m/$325m), though figures vary and it is difficult to pinpoint the exact number.

The bulk of his earnings over the years have come through football contracts and endorsement deals, but he has also made investments. As well as putting his money into a sports and entertainment agency, Ronaldo also used his wealth to purchase a majority share in Spanish team Real Valladolid in 2018.

Ronaldo's net worth is somewhat comparable to that of his former Real Madrid team-mate David Beckham, who similarly achieved superstar status during his playing days and is said to have a net worth of $450 million. However, the Brazilian lags slightly behind modern-day icons such as Lionel Messi ($400m) and Cristiano Ronaldo ($466m).

What is Ronaldo's salary?

Ronaldo is estimated to have earned between $200m and $250m (£160m-£200m) from contracts across a career that saw him represent Barcelona, Real Madrid, Inter and AC Milan among others. However, his last contract as a player - with Brazilian giants Corinthians - ceased in 2011, when he retired from playing.

Nevertheless, Ronaldo continues to earn money in retirement through endorsement deals, some of which are believed to be worth hundreds of millions of dollars, and through his various investments.

What sponsorship and endorsement deals does Ronaldo have?

Ronaldo's main endorsement deal is with American sportswear company Nike, which, as a lifetime endorsement, has endured even after the Brazilian hung up his boots.

In his prime, Ronaldo was the face of Nike's football promotions, starring in a number of famous television commercials, such as the 1998 World Cup ad in the airport and the Terry Gilliam-directed 'Secret Tournament' (Cage) ad, featuring Eric Cantona.

Check these out inspired by my first ever R9 boots! @nikefootball #Mercurial only on #NIKEiD https://t.co/l6GJSC5wFD pic.twitter.com/mE86jwPUz1

Even during his rise to prominence in the early days of his career, when he was still just a teenager, Ronaldo was included alongside the likes of Paolo Maldini, Luis Figo and Jorge Campos in Nike's iconic 'Good versus Evil' ad.

He was used regularly by the company in the sale of their latest football boots and they even produced a line of footwear inspired by him: the R9 Mercurial football boots, which he wore at the 1998 World Cup. The R9 boots were recreated by Nike in 2014 and 2018, with the company releasing a variety of R9-themed Mercurial Vapor boots.

What businesses does Ronaldo have?

Ronaldo has amassed a diverse business portfolio since retiring from football, making investments in sports and entertainment, as well as setting up a charitable foundation.

His main business interest in 2020 was Spanish club Real Valladolid, having become majority shareholder and president in 2018.

Upon taking control of the Liga side, Ronaldo said: "We want to grow and reach where our will allows us. I will use four words to define our politics: Competitiveness, Transparency, Revolution and Social. I assure you that you will find me as a lover of Castilla-Leon, Valladolid and Real Valladolid."

Prior to taking over Real Valladolid, Ronaldo had also been a minority shareholder in North American Soccer League (NASL) team Fort Lauderdale Strikers. He had also been a co-owner of racing team A1 Team Brazil.

Soon after retiring, one of Ronaldo's first business ventures was to set up the sports and entertainment talent agency 9ine, which represented clients such as Neymar and a number of notable UFC fighters, including Anderson Silva, Vitor Belfort and Junior dos Santos.

"I try to stay very conservative, I have made very few investments in my life," Ronaldo once said in an interview with Valor Economico. "I have a team of experts in economics who live in Spain and we get together a few times per year to plan out the many strategies for each and every one of my investments, but my economic orientation is to always remain conservative.

"I really don’t have time to stay all day watching the stock market. I have a small piece of my money, very small, which I let my team manage with certain freedom so they can make one or two aggressive investments, but it’s not much really."

What charity work does Ronaldo do?

Ronaldo has been involved in various charitable endeavours throughout his career, including serving as a 'Goodwill Ambassador' for the United Nations.

The former striker has played in a number of charity football matches, such as the UN's Match Against Poverty, which has contributed funds towards aid efforts in different countries. The 2014 game Ronaldo played in helped in the recovery of the Philippines after Typhoon Haiyan, while the 2015 game focused on giving aid to African countries affected by the Ebola epidemic.

Ronaldo is the founder and honorary president of the Fundacao Fenomenos (Phenomona Foundation), which aims to encourage positive social development in Brazil by investing in projects that help communities across the South American country.

The R9 Ronaldo Academy was set up in 2015, with a number of chapters established in Brazil, China and the United States. He is also heavily involved in FIFA's charitable efforts, working with football's world governing body as an ambassador for the World Cup among other things.

How many social media followers does Ronaldo have?

By spring 2020, Ronaldo had over 30 million followers across his social media pages on Twitter, Facebook and Instagram. He has the user handle @Ronaldo on all platforms.

His Instagram page accounted for more than half of that number, with a following of over 16 million on the platform, and he certainly appears to be most active on that particular channel.

Ronaldo's Facebook page, meanwhile, had roughly 15 million subscribers and his Twitter page has the least number of followers, with under one million. Like most current and former footballers, Ronaldo's social media is littered with a mixture of sponsored posts, tributes and candid behind-the-curtain style updates.