Ever wondered why the north London giants have a cannon in their badge or why they are called what they are?

Club nicknames have long been a part of the football fabric and every team has their own affectionate shorthand which is used by fans.

Arsenal are known as 'The Gunners' and the club's identity, including their badge, is heavily imbued with the idea behind their name.

Goal takes a look at why Arsenal are called 'The Gunners', other nicknames, their badge and more.

Why is Arsenal's nickname 'The Gunners'?

Arsenal's nickname 'The Gunners' is a reference to the club's origins, having been formed by workers from the Royal Arsenal armament factory in Woolwich.

The Royal Arsenal produced munitions, weapons (such as artillery and small arms) and explosives,

The nickname complements the club badge, which famously incorporates a cannon. Early versions of the club badge also included the words 'The Gunners'.

Cannons has been a prominent feature of the Arsenal crest since 1888 and the original crest was based on the coat of arms of the Woolwich borough.

Despite moving from Woolwich to Highbury in 1913, Arsenal retained their name and iconography, though the club badge has occasionally been altered. 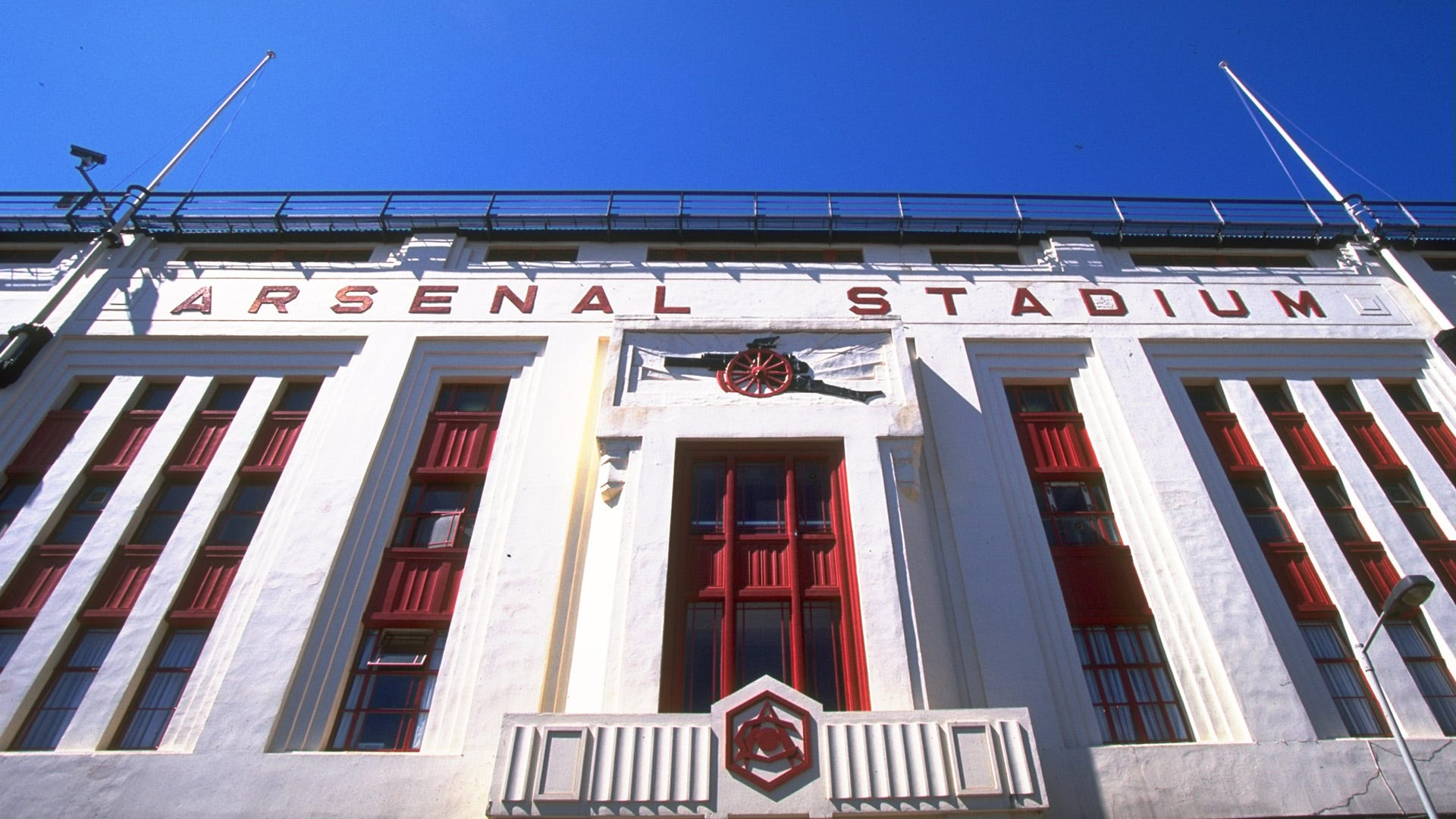 Why does Arsenal's badge feature a cannon?

A cannon features on the Arsenal club crest as a visual motif which recognises the foundational years of the north London outfit.

Workers from the Royal Arsenal armament factory in Woolwich formed the club in the late 19th century, with the name and badge reflecting that heritage.

The current badge features a single golden cannon facing eastward. However, there have been variations on the theme over the years.

Originally, the club took inspiration from the coat of arms of the Metropolitan Borough of Woolwich, which was three vertical cannons with lions' heads at the bottom.

In the early 1920s, a horizontal, westward-facing cannon was commonly used. The inspiration for the style of cannon used in the new design is said to derive from the crest of the Royal Arsenal Gatehouse. 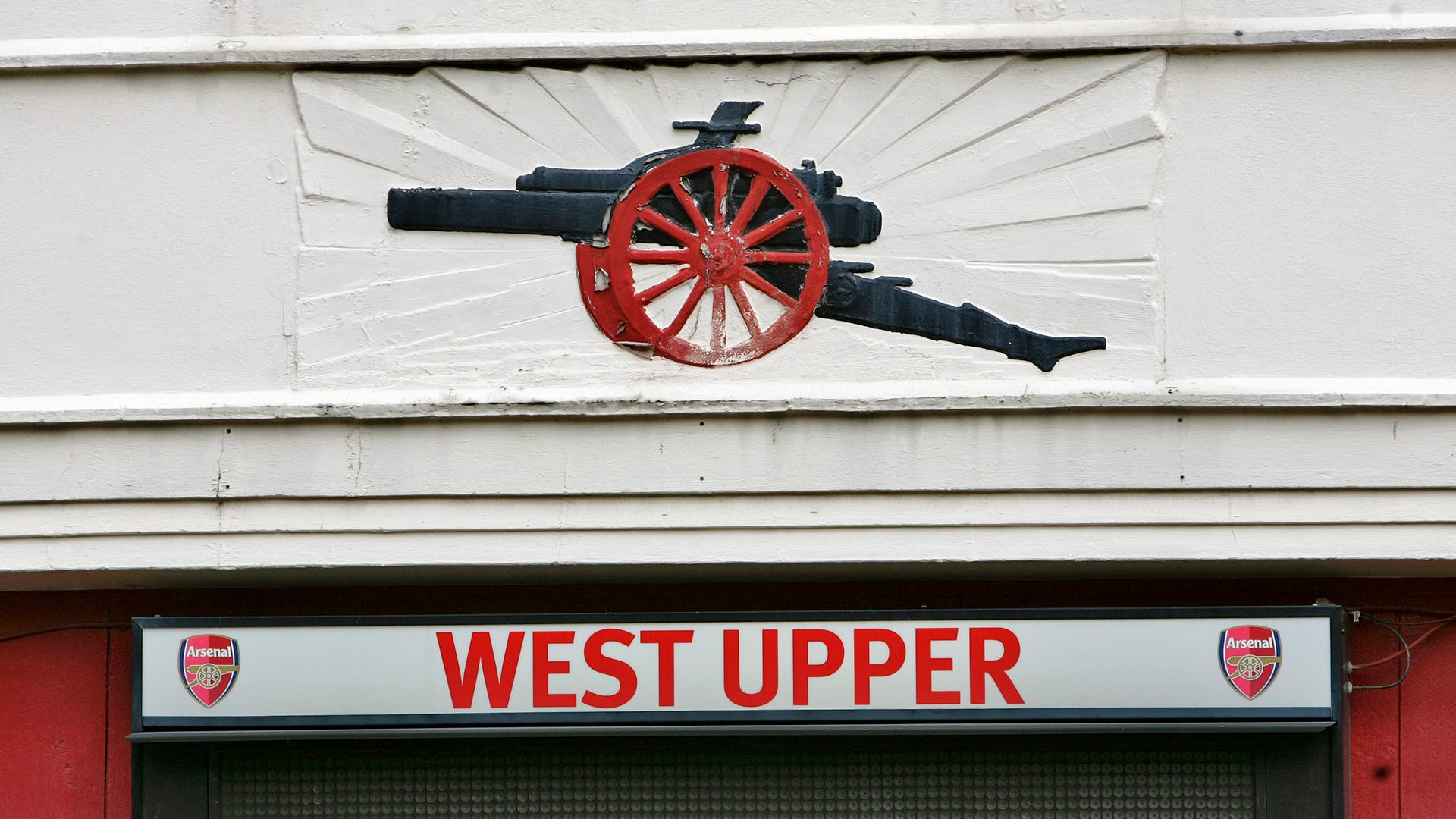 What other nicknames do Arsenal have?

As well as 'The Gunners', Arsenal are sometimes referred to as 'The Gooners', which is a play on the original nickname.

While 'The Gooners' is understood to be a simple variation of 'The Gunners', it has been suggested that the alternative nickname has roots in hooliganism.

Hooligan 'firms' - gangs of violent supporters - were particularly commonplace in British football during the 1970s and 1980s, with one of Arsenal's 'firms' known as 'The Goon Squad' or 'The Gooners'.

However, the nickname has been reclaimed and has no connotations of violence any more.

Other nicknames for Arsenal are used by rival supporters, such as 'Boring, boring Arsenal', which is a reference to the style of football played by the club during the tenure of George Graham.

'Same old Arsenal' is another nickname of sorts, which comes from a chant of rival supporters directed at a perceived underhandedness in their play. The chant goes: "Same old Arsenal! Always cheating!"

Are any other teams known as 'The Gunners'?

'The Gunners' is a relatively unique nickname in football, but there are a number of clubs who use a similar moniker.

The obvious examples are those who share the 'Arsenal' name, such as Russian club Arsenal Tula, who are variously known as Pushkari (The Gunners), Cannoneers and Oruzheyniki (Gunsmiths).

Ukrainian club Arsenal Kyiv are also The Cannoneers, which is a variation on the theme. The Argentine clubs Arsenal de Sarandi are simply known as The Viaduct Men or El Arse.

Spanish club Eibar are known as 'Los Armeros', which translates in English as 'The Gunsmiths' - a variation of gunner.

Like Arsenal, Eibar's nickname comes from the fact that the city has a history of arms manufacturing and arms dealing.

Though it is not quite the same, Australian Football League (AFL) team Essendon are nicknamed 'The Bombers'. Interestingly, Essendon were also known as 'Same Old Essendon' or 'The Same Olds'.