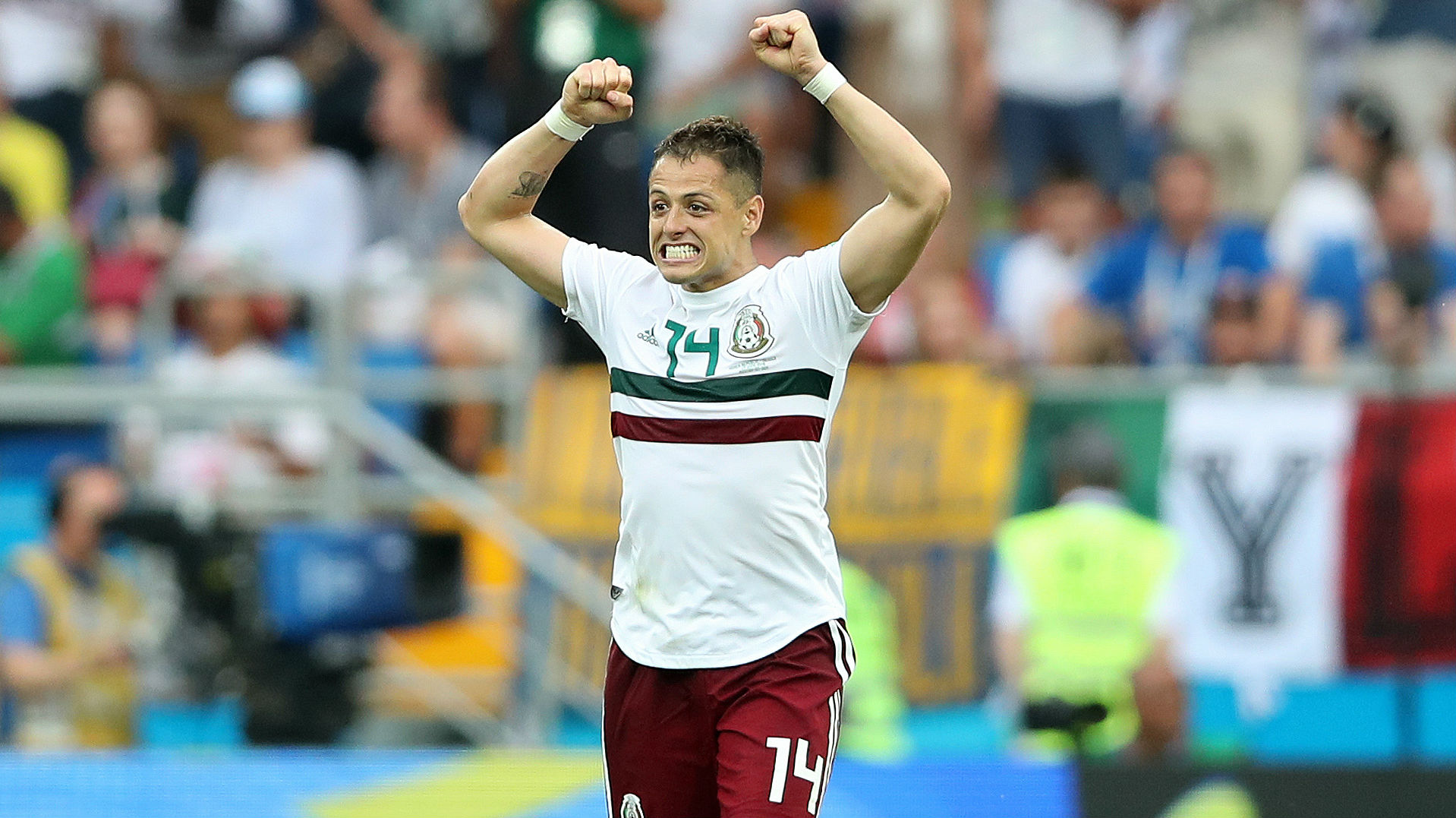 With two wins from two, El Tri are on the verge of the last 16, and the 30-year-old continues to make history for his country

Javier "Chicharito" Hernandez scored his 50th international goal for Mexico on Saturday, and it was a massive one for him and his county.

El Tri were already leading South Korea thanks to Carlos Vela's penalty, but things were far from assured for El Tri.

Holding that narrow 1-0 lead, Mexico was in need of another goal, not just to make sure of a win over the Koreans, but to give them a bit more room to breathe in Group F where, despite two wins from two, qualification for the round of 16 remains far from assured.

The second failed to arrive despite a host of chances against Germany in the opening game, but Juan Carlos Osorio's men were not to be denied against Korea.

Hirving 'Chucky' Lozano was the man to make the goal happen, breaking out of midfield as El Tri rushed forward with numbers.

The PSV star, and hero of the win over Germany, returned the favor he received from Chicharito in the first match, sliding a pass to his left to pick out his teammate.

Hernandez coolly cut back inside his defender and slipped the past the onrushing goalkeeper and into the net to give Mexico a comfortable lead on the night, although a late strike from Heung Min-Son meant the game eventually ended 2-1 in El Tri's favour.

CHICHARITO GETS HIS GOAL! pic.twitter.com/i6ougYi1Sc

Mexico could still have some work to do, though Sweden could do Chicharito and company a massive favor with a win or a draw against Germany later on Saturday.