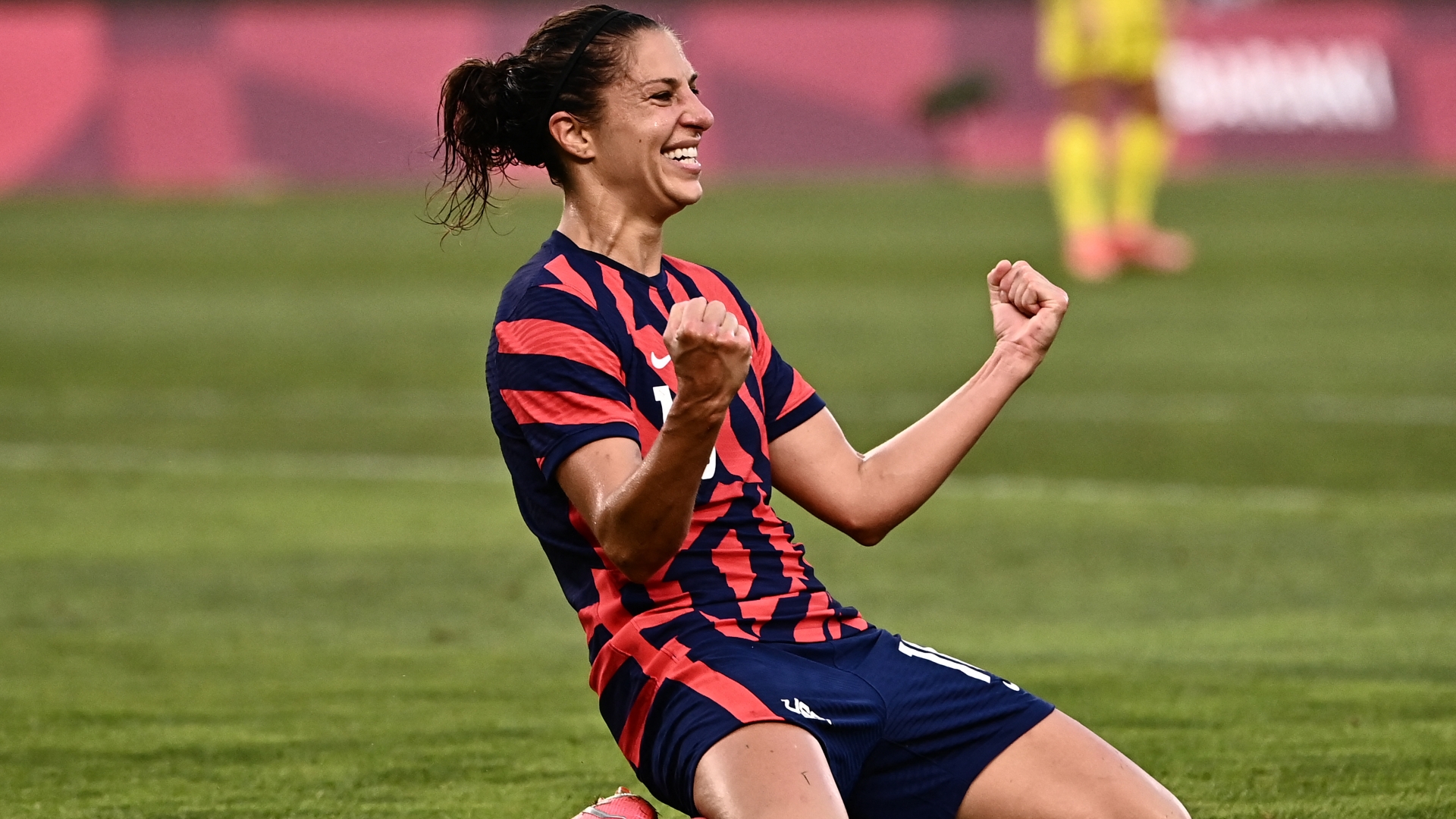 The 39-year-old had a record-setting day in what could've been her final U.S. appearance at a major tournament

Lloyd and Megan Rapinoe each scored twice in a 4-3 win over the Matildas, ending a disappointing tournament for the USWNT on a high.

Lloyd, 39, admitted after the game that she could be close to calling time on a storied career that has seen her win two gold medals, two World Cups, and now a bronze medal.

"I haven't made any official announcement yet but obviously I'm at the tail end of my career," Lloyd said in the post-game press conference.

"Physically I feel really good but at some point I have to hang up the boots and live life. I know my husband is eagerly waiting for me to switch off because it's been 17 years of just grinding away.

But if she does hang up her boots, former team-mate @HopeSolo can't wait to see what's next 🙌

"The drive over to the game was different. I was just thinking about a lot of things and just wanted to do everything possible to help this team win a medal.

"This is a medal, just a different color, but we're going home with that medal and it's really, really special."

Solo 'excited' for Lloyd's next chapter

Speaking to Goal on All of US: The U.S. Women's Soccer Show, former USWNT goalkeeper Hope Solo said she is excited to see her longtime teammate begin a new chapter.

"I'm really, really excited for Carli, because she has sacrificed so much in these last 20-plus years of dedicating her life to football and she's missed out on a lot," Solo said.

"I think Carli's one of the best players in terms of fitness right now and strength on the U.S. team at 39 years old. She could still go for a couple more years. I truly, truly believe that.

"I know she's a leader and I know she holds herself accountable in a way that not a lot of players do. But, for me, I'm excited for Carli to turn the page because she can finally do the things that she's been wanting to do for so long.

Lloyd notched a pair of individual milestones on Thursday, becoming the USWNT's top scorer at the Olympics with her 10th goal, and also becoming the second-most capped player in the history of international soccer with her 312th appearance.

For more on the USWNT's performances at the Olympics and to hear from guests such as Hope Solo, subscribe to Goal's podcast, 'All Of Us: The U.S. Women's Soccer Show', wherever you listen to your podcasts.