The U.S. women’s national team salvaged something from a disappointing Olympics by clinching the bronze medal with a 4-3 win over Australia on Thursday.

The USWNT played with a freedom and confidence against the Matildas that had been mostly lacking in their five previous matches.

Vlatko Andonovski's side won through two goals each from Megan Rapinoe and Carli Lloyd in what may have been the pair’s swansong in a major tournament, which in turn was enough to overcome another shaky display from the team's defense.

The Matildas and the USWNT drew 0-0 in the group stage, but the Bronze Medal Match was a wild affair in which defense was strictly optional.

The result saw the U.S. win the bronze for the first time ever, while Australia’s wait for an Olympic soccer medal will continue.

Rapinoe and Lloyd go out in style

If this was it for Rapinoe and Lloyd with the USWNT at a major tournament, it was a fitting way to go out.

After failing to score in her team’s first five games at the Olympics, Rapinoe tallied two blockbuster goals within the first 21 minutes against Australia. 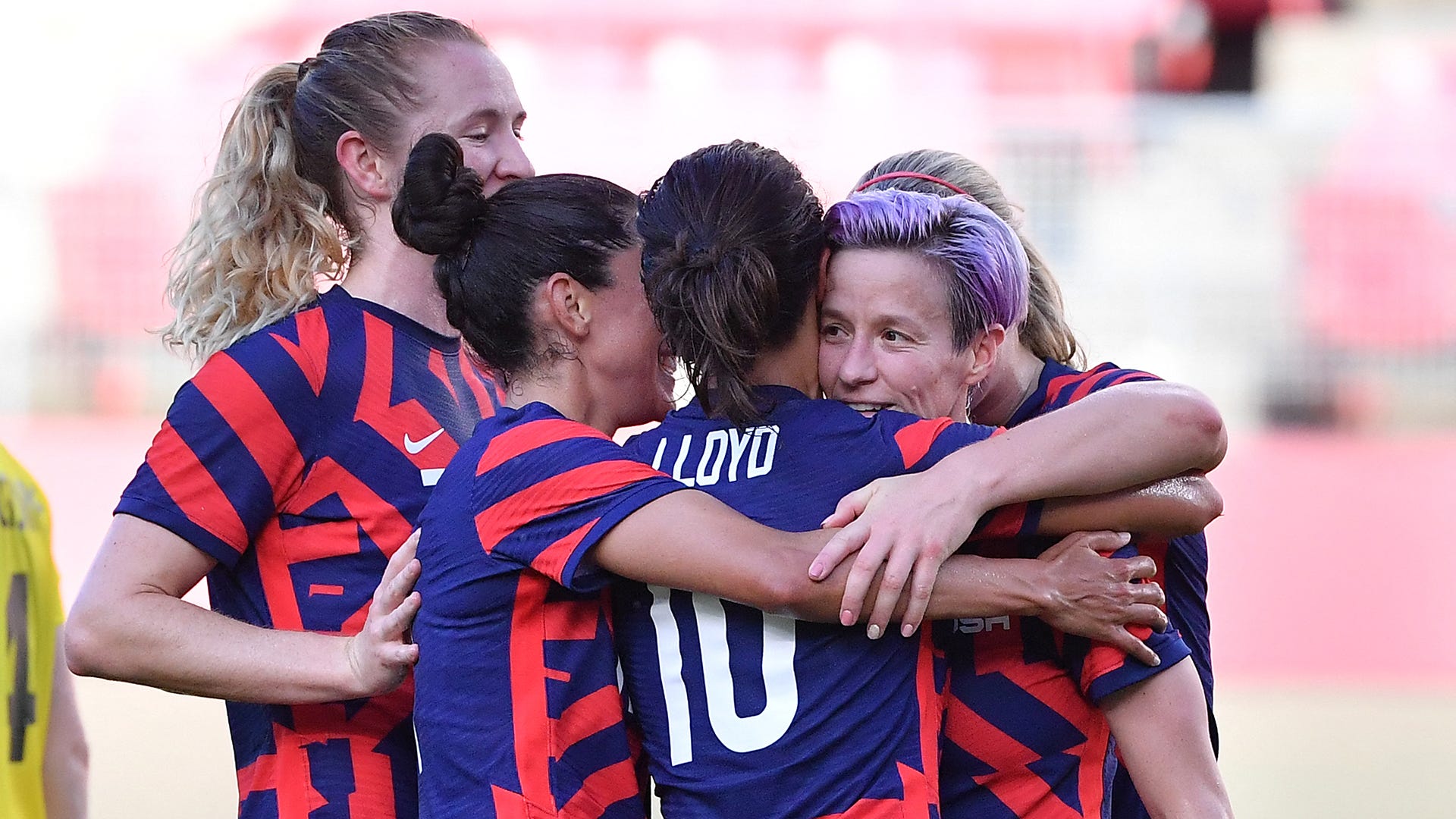 Lloyd also opened her account at this Olympics just before the half, rifling a low left-footed shot into the far corner after Lindsey Horan forced a turnover.

The 39-year-old clinched her brace five minutes into the second half when she pounced on a poor back pass from Kennedy and finished low past Teagan Micah.

Lloyd also notched a pair of individual milestones on Thursday, becoming the USWNT's top scorer at the Olympics with her 10th goal, and also becoming the second-most capped player in the history of international soccer with her 312th appearance.

Lloyd and Rapinoe have combined for four World Cups, three gold medals and now two bronze medals. Their place as all-time USWNT greats was assured long before Thursday, but if this was it for them on the big stage, there was no more appropriate way for them to bow out.

Despite falling short of his goal in his first major tournament, it was always unlikely that U.S. coach Andonovski would pay with his job.

Still, he would not have wanted to end the Olympics with back-to-back defeats and without a medal, so his team’s display against the Matildas was a welcome reprieve for the under-fire boss.

Andonovski won 22 of his first 23 games in charge leading up to the Olympics, but managed just two wins inside 90 minutes in his six games in Japan, with his heavy squad rotation and reliance on ageing stars questioned throughout. 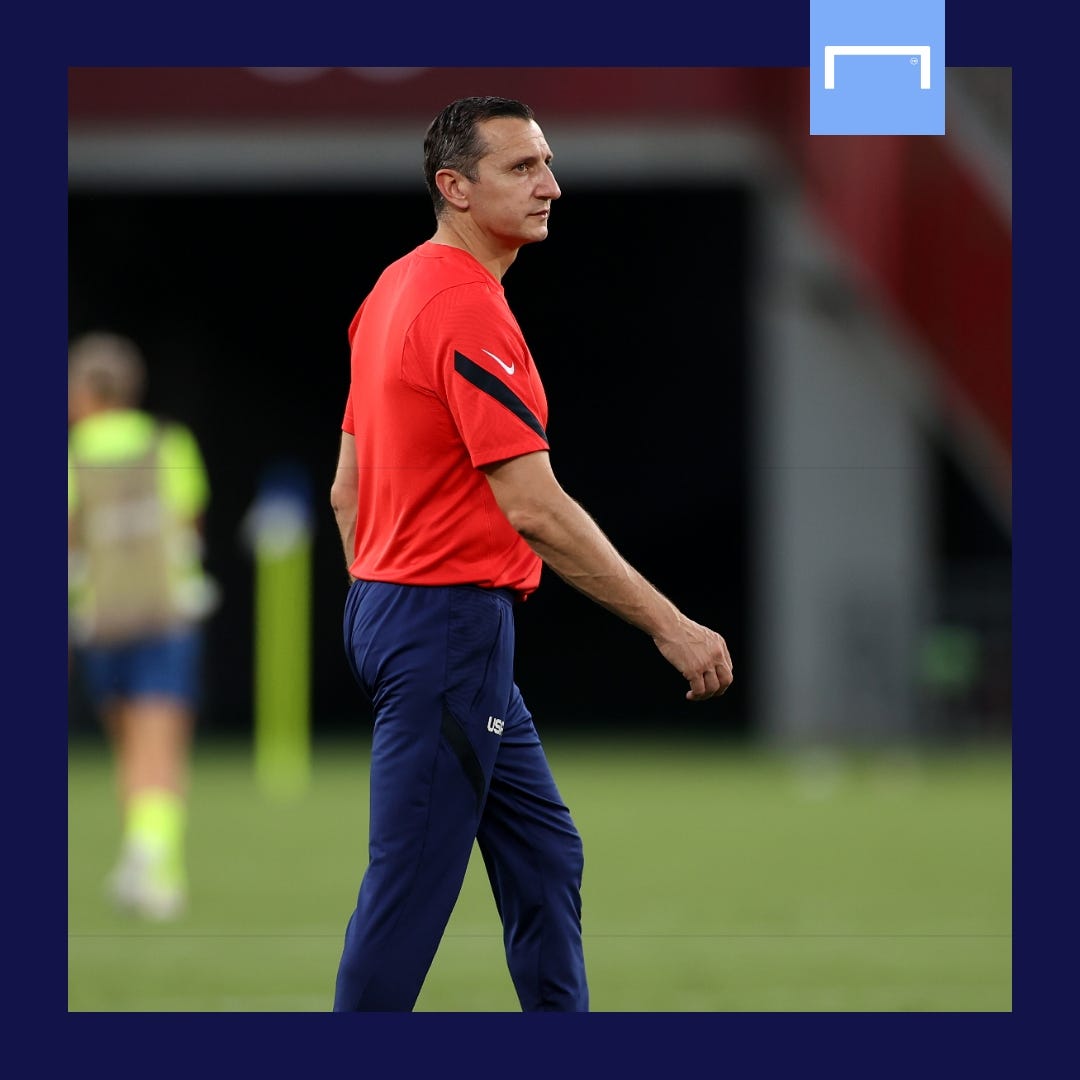 The U.S. display on Thursday was a double-edged sword for Andonovski though. Winning the bronze was a significant accomplishment, but there will also be questions as to why the USWNT boss could not coax more peformances like it from his side in Japan.

The U.S. attack woke up against the Matildas, which will paper over another shaky display by the back line.

After conceding one goal in 12 games this year leading up to the Olympics, the U.S. gave up 10 goals in six games in Japan.

Tierna Davidson’s poor pass out of the back was pounced on by the Matildas as Sam Kerr notched the opener on Thursday, and after Caitlin Foord scored her team’s second, Kerr hit the post with a header that would have made it 4-3 and produced a nervy final 30 minutes.

Emily Gielnik did eventually make it 4-3 with a late screamer, but it was too late for the Matildas to find a dramatic equalizer.

The U.S. defense was a major strength heading into the Olympics but the tournament concluded with the team holding on for dear life, looking to avoid conceding a fourth goal.

They did so, only just, hanging on to the bronze in the process.

For more on the USWNT's performances at the Olympics and to hear from guests such as Hope Solo, subscribe to Goal's podcast, 'All Of Us: The U.S. Women's Soccer Show', wherever you listen to your podcasts.