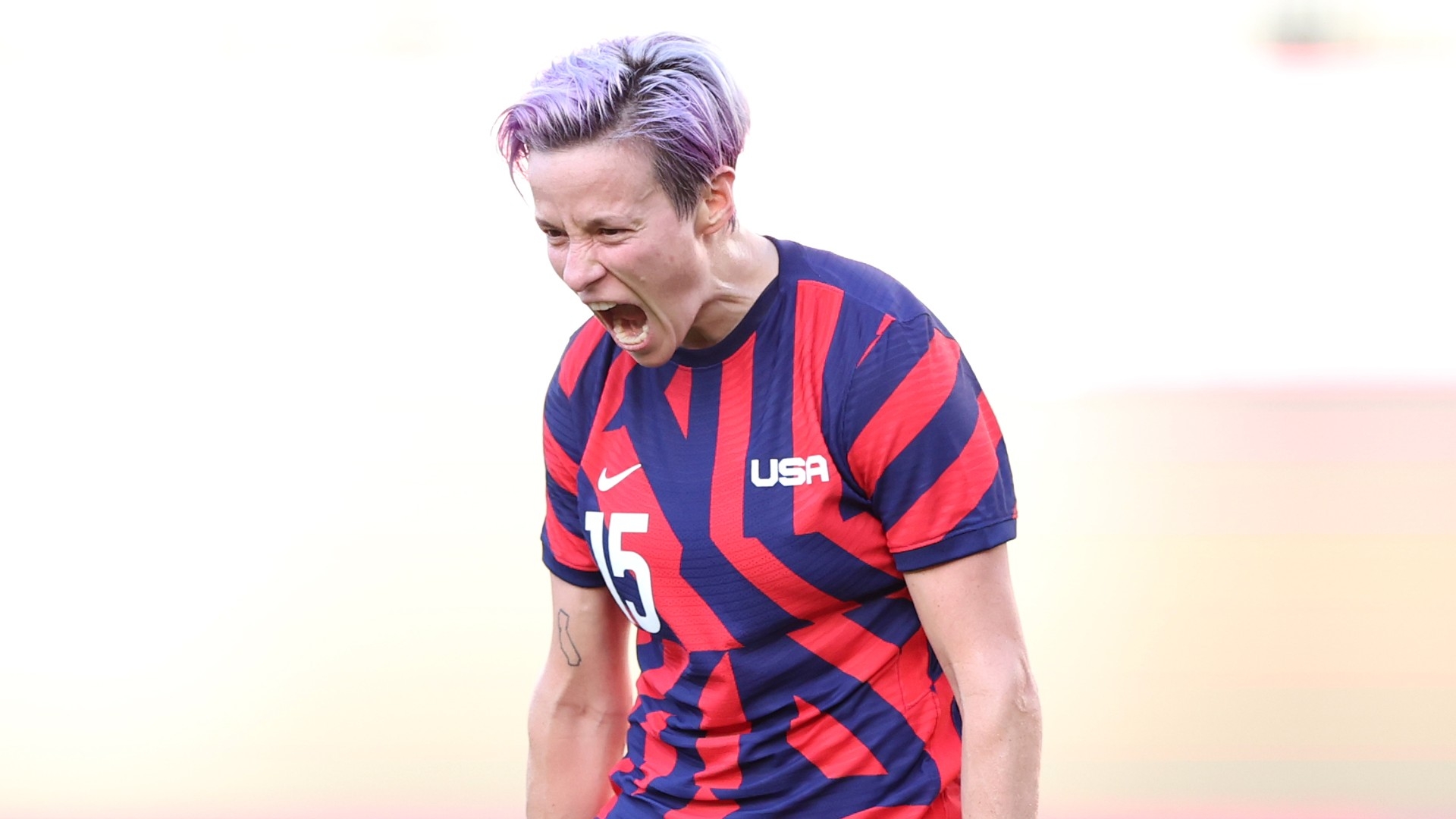 The USWNT were fighting for the consolation prize of a bronze medal after being stunned by Canada in the semi-finals and eventually hung on to win 4-3.

Australia were denied a final berth by Sweden, and fell behind in the third-place tie after just eight minutes, with Rapinoe producing one of the goals of the tournament to put her country in front.

The USWNT were rewarded for their early pressure with a corner from the right-hand touchline, which Rapinoe went to take after being restored to Vlatko Andonovski's starting XI.

The 36-year-old whipped in a beautiful cross with her right foot that deceived the Australia goalkeeper and nestled into the far corner of the net, sparking wild scenes of celebration on the American bench.

Rapinoe has now scored directly from a corner in two Olympic Games, repeating the 'Olimpico' after her successful effort against Canada at London 2012, which was the last time the United States won a gold medal.

The United States' lead in the match didn't last long, with Sam Kerr hitting an equaliser shortly after Rapinoe's opener to become the all-time top scorer in Australia's history with 48 goals.

However, Rapinoe then popped up with another moment of magic in the 21st minute, rifling home a powerful volley to give Andonovski's team the advantage once again.

Carli Lloyd then scored either side of half-time to give the USWNT a 4-1 advantage, but goals from Australia's Caitlin Foord and Emily Gielnik set up a nervy finish.

8' | And THAT'S why they call it an Olimpico 🔥 @mPinoe scores directly off the corner!

Only @mPinoe can pull off the Olímpico at the Olympics 🤯 pic.twitter.com/73FtaC6qJE