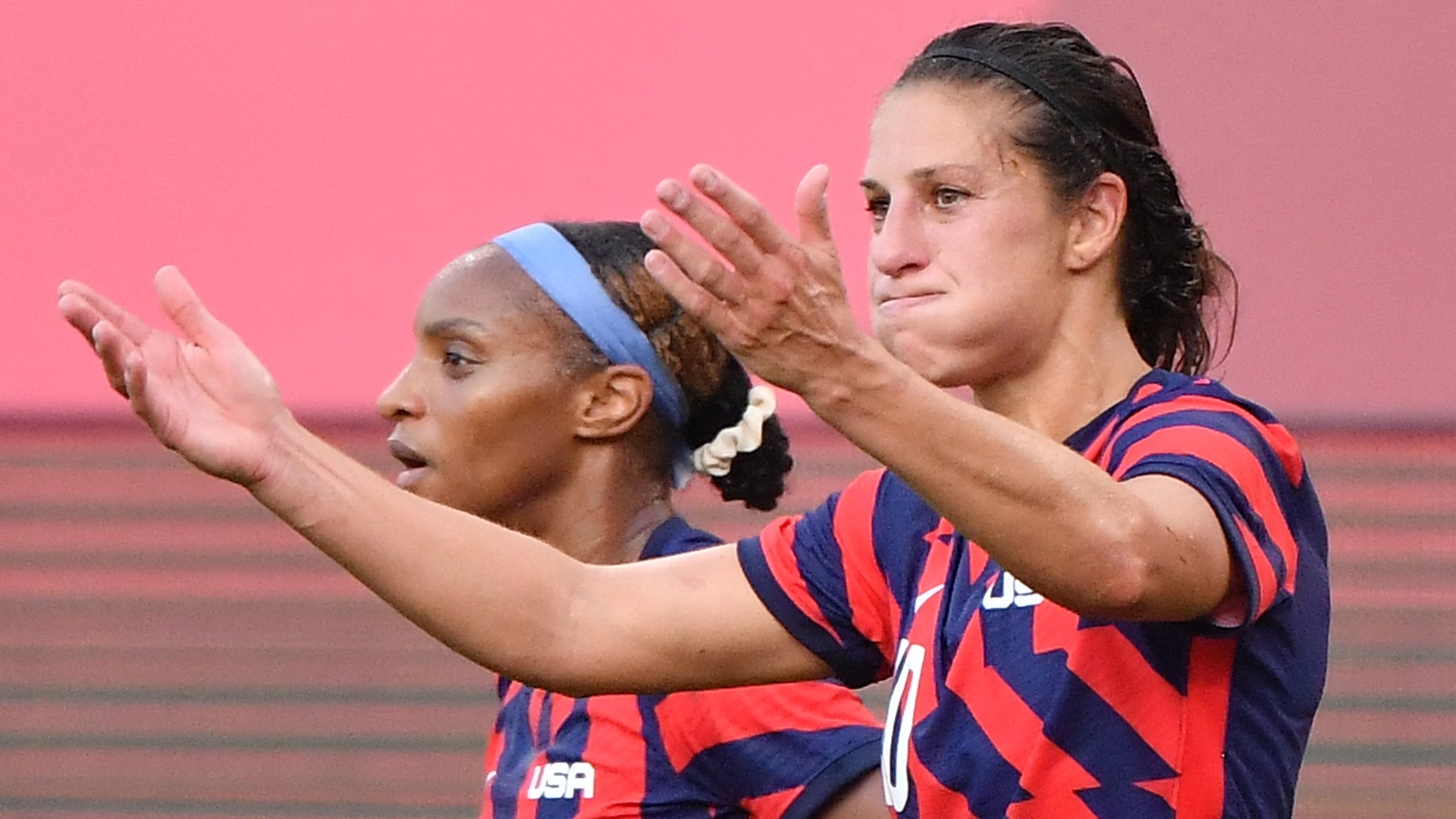 The Gotham forward, a double gold medalist in 2008 and 2012, nabbed her first goals of Tokyo 2020 during the bronze-medal match

The Gotham forward, a double gold medalist in 2008 and 2012, nabbed her first goal of Tokyo 2020 during the bronze-medal match with Australia, bagging a brace in a rampant performance.

It further enshrines the 39-year-old's place in USWNT folklore, as she additionally moves to become the second most-capped player in their history, among other honours.

What has Lloyd achieved?

Lloyd's finishes in Kashima saw her move outright atop the list of USWNT goalscorers in Olympic competition history, with her two efforts against the Matildas taking her to 10 in total.

In addition, her efforts - in her final game of Tokyo 2020 - mean that she has become the first Stars and Stripes star to score in four different Olympic tournaments, having done so at Beijing 2008, London 2012 and Rio 2016.

51' | THE all-time leading scorer in #USWNT Olympic history 🇺🇸 @CarliLloyd with her second of the day!

Furthermore, her appearance in the bronze-medal match means she has now pulled clear of Christie Pearce in the all-time appearance stakes into second outright, with 312 caps to her name.

She now only trails compatriot Kristine Lilly in the record books, who clocked up 354 games for the USWNT during a 23-year international career.

For all of Lloyd's achievements, she and her team-mates still suffered something of a disappointment in Tokyo, after they were unable to deliver another gold-medal triumph to match their World Cup crown.

Having seen their 44-game unbeaten run ended by Sweden in the first game of Group G, a 6-1 thrashing of New Zealand looked to signal the return of regular service.

But a tepid 0-0 draw with Australia and a nervy penalty shootout win over the Netherlands preceded a narrow loss to Canada, scuppering hopes of stepping back onto the top step of the podium nine years after they last did so.