‘Man City dangerous from the kit man to the centre-forward!’ – Gabriel braced for Arsenal test at Emirates Stadium 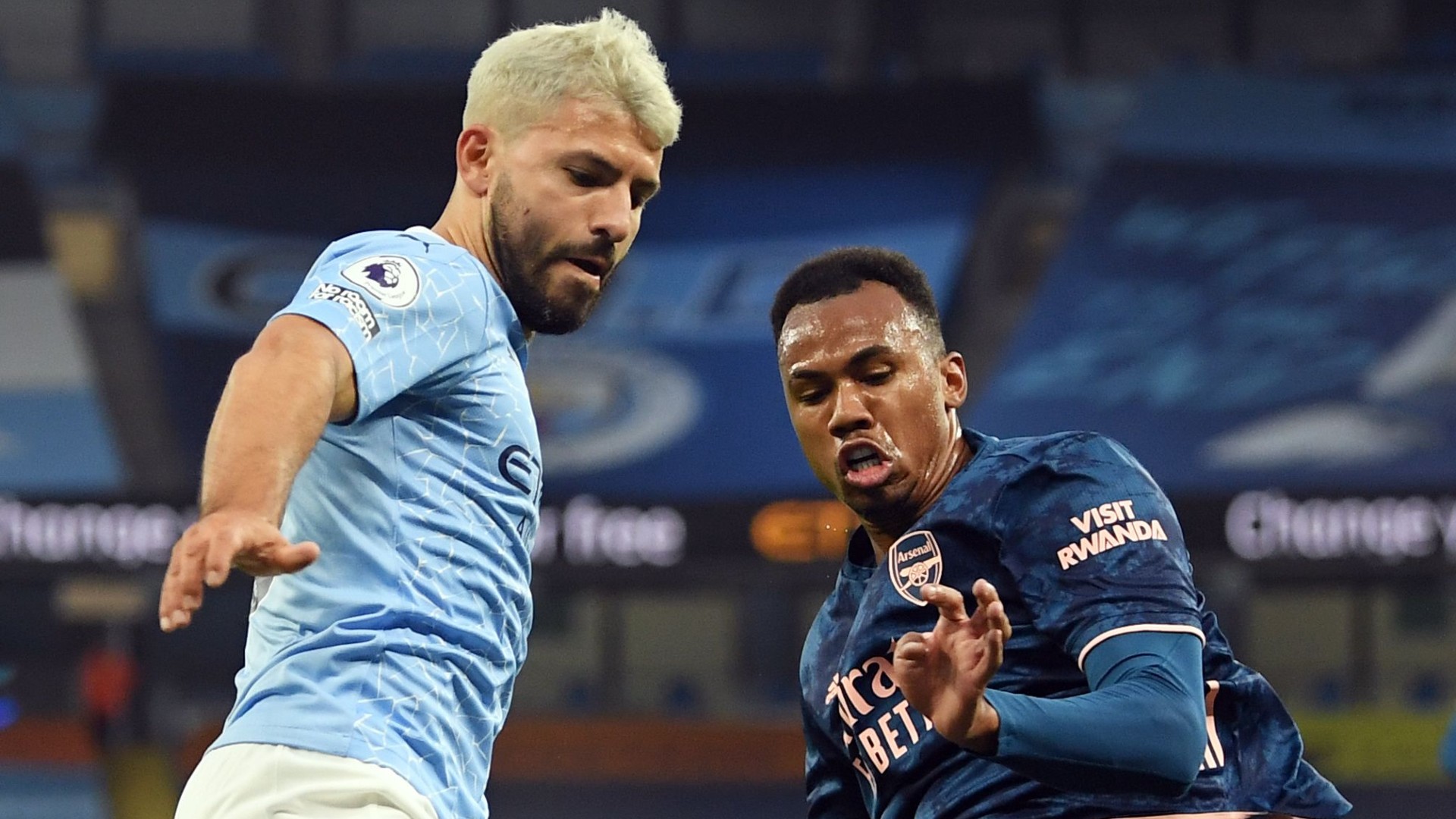 Arsenal are readying themselves for a home date with the Premier League leaders on Sunday, and Gabriel Magalhaes admits Manchester City are “dangerous from the kit man to the centre-forward!”

The Blues have been sweeping aside all before them of late, with a run of 17 successive wins seeing Pep Guardiola’s side enjoy a faultless run in 2021.

Attempting to halt that momentum is the challenge now facing the Gunners, with Gabriel claiming Mikel Arteta has a plan in place to keep Gabriel Jesus and co quiet at Emirates Stadium.

“They are dangerous from the kit man to the centre-forward,” Gabriel told the Daily Mail.

He added on lining up against fellow countryman Jesus: “If we both play, I will do my best to stop him.

“We are building a strategy to face them. We have a great balance and are able to face any team.”

How has Gabriel fared this season?

The commanding 23-year-old was snapped up by Arsenal during the summer of 2020, with a £25 million ($33m) deal pushed through with Ligue 1 outfit Lille.

He has spent spells on the sidelines through suspension and illness – having contracted Covid-19 in December – but 20 appearances have been taken in across all competitions.

Gabriel has been catching the eye, with the Gunners considered to have found value for money in him, and the South American believes positive progress is being made in new surroundings.

He added: “In France, the football is more physical than in England.

“There is more technique here, but my experiences in France and Brazil have prepared me to face any type of attacker.”

Arteta will need Gabriel to be at the peak of his powers if the Gunners are to buck a recent trend and put a rare dent in City’s title bid.

Arsenal did edge out the Blues en route to lifting the FA Cup in 2019-20, but that success represents an exception to the norm.

City have prevailed in the last seven Premier League meetings between the pair, while Arsenal’s last victory came back in December 2015.

Guardiola has already seen off former assistant Arteta on two occasions in the current campaign, with a 1-0 win at the Etihad Stadium in October followed by a convincing 4-1 Carabao Cup triumph in December.