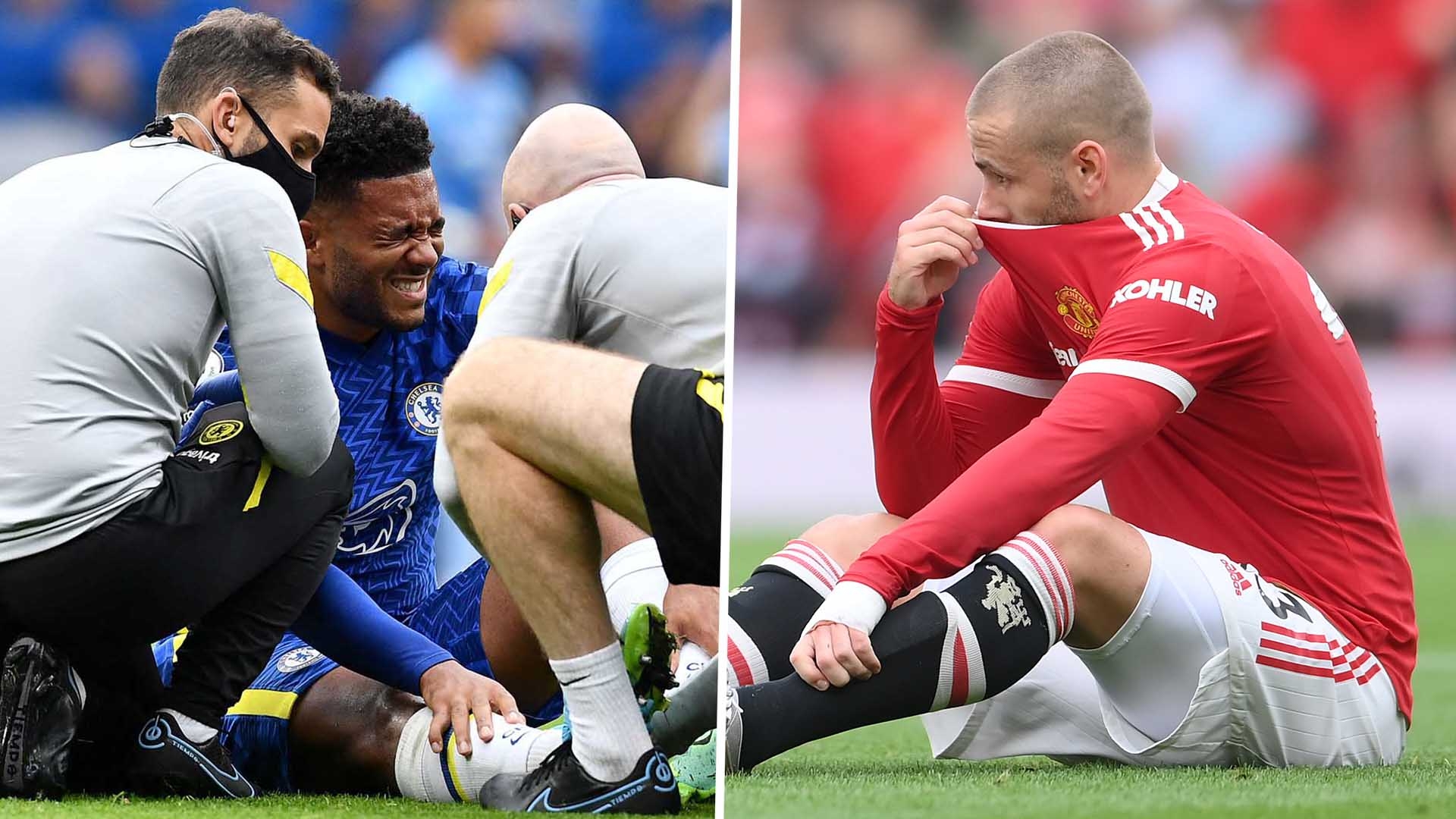 Two England international full-backs had to be hauled off before half-time, while the Red Devils skipper was replaced in the second half

Manchester United and Chelsea have both been handed defensive injury blows in the latest round of Premier League action, with Luke Shaw, Harry Maguire and Reece James failing to last 90 minutes for their respective clubs on Saturday.

Two England international full-backs had to be replaced before half-time as Ole Gunnar Solskjaer and Thomas Tuchel were forced into tactical and selection tweaks, while Maguire had to come off after the break.

The Red Devils and Blues will now be waiting on updates from their medical departments regarding the severity of untimely knocks.

The extent of their injuries

Both Solskjaer and Tuchel preferred to remain cautious after the game when asked about their players.

“Sorry, I can’t give you any updates," the United boss explained.

"We will have to use today and tomorrow and Monday, or when we get the scans done, and see how they are.”

Tuchel, meanwhile, told reporters: "I don’t know about Reece at the moment. He twisted his ankle and it was very painful for him.

"I have no other news on him at this stage but let’s see how he is in the next few days."

How long did Shaw last?

Shaw had played every minute of United's 2021-22 Premier League campaign heading into a home date with Aston Villa.

That record has now been brought to a close, with the 26-year-old picking up a muscular complaint in his latest outing.

Shaw had been enduring a tough afternoon prior to being replaced, as Matty Cash posed him plenty of problems, and the Red Devils left-back was booked for one clumsy challenge.

Within five minutes of picking up that caution, he was forced from the field.

With only 34 minutes on the clock, it became apparent that Shaw was in no position to continue and had to be replaced by Diogo Dalot.

An international colleague of Shaw also endured a frustrating outing on home soil.

The Chelsea star lined up at right wing-back for Tuchel's side in a heavyweight cash with Manchester City at Stamford Bridge.

He was, however, to last less than half-an-hour before his manager was forced into a change.

Following a collision with Jack Grealish, James hit the deck on a couple of occasions before eventually making way with an ankle issue.

His place was taken by Thiago Silva, with Cesar Azpilicueta moved out of a centre-half berth and into a role on the flank.

We're forced into an early change. 🔄

The United skipper had received treatment on the sidelines after a collision with Tyrone Mings early in the second half, but initially returned to the pitch.

However, what appeared to be a contact injury on the shin ultimately forced Maguire off the pitch after 67 minutes, with Victor Lindelof coming on as his replacement.

With the centre-back having tried to run off the knock, however, Solskjaer will be hoping for good news from the treatment room, with the switch having looked more like risk management than anything else.