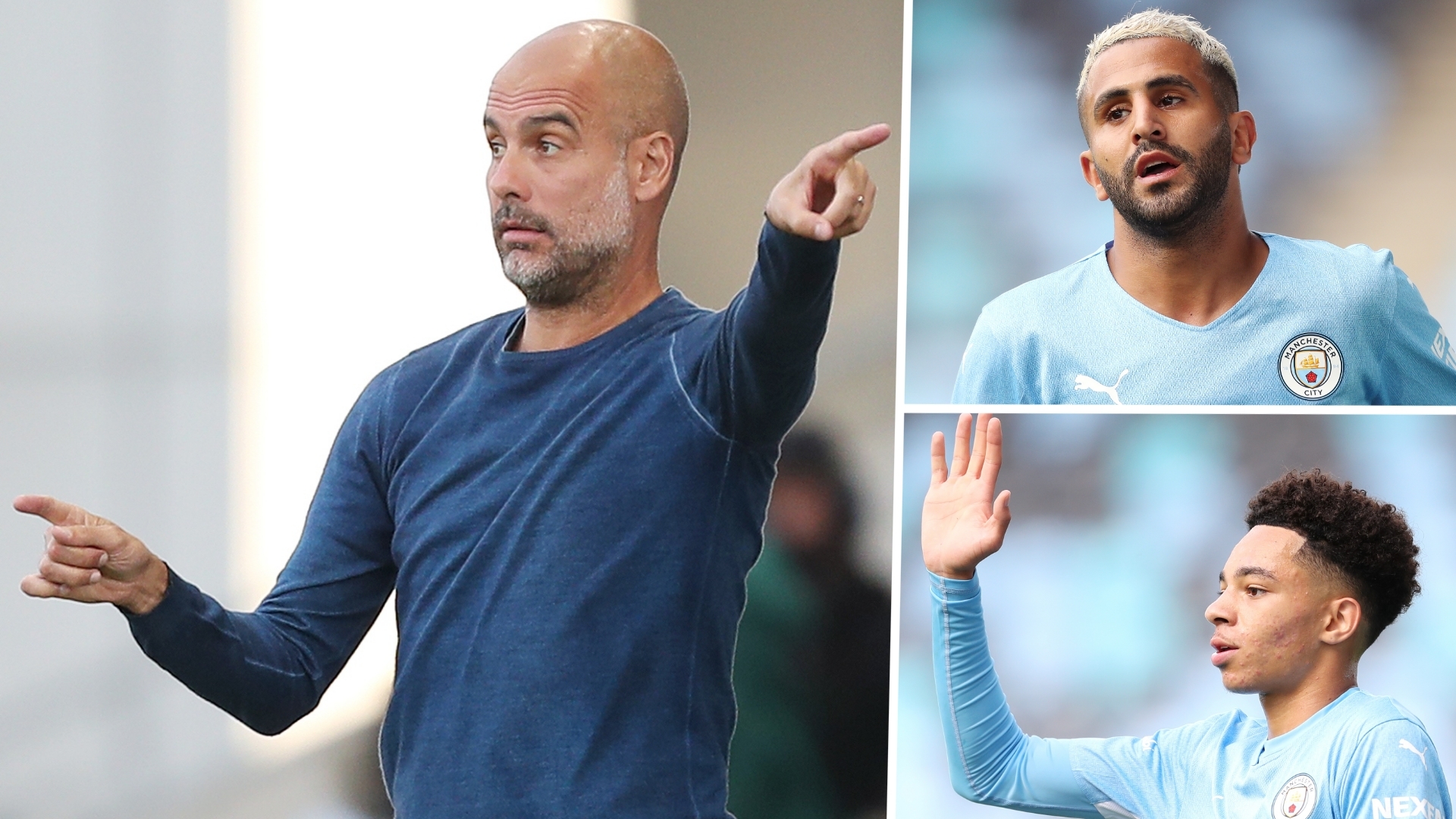 For all the furore created by Jack Grealish's record-breaking transfer from Aston Villa, this has been one of Manchester City's more relaxed summers.

For starters, there has been no long-haul tour to the Far East or the United States, which had become an annual event before the Covid-19 pandemic, bringing with it plenty of logistical problems and onerous demands from sponsors and media.

While the players and staff enjoy the opportunity to meet overseas supporters, who are often more exuberant than those based in Manchester when given a rare opportunity to see their heroes in person, staying at home offers the chance to concentrate solely on footballing matters.

Manager Pep Guardiola, so often the spokesman for the club, has not been obligated to do any interviews, meaning he has not repeatedly asked to respond to transfer speculation, with the press kept at arm's length.

Frustrating as it is for reporters to have no access to a coach who always answers enquiries with honesty and candour, the absence of media duties will have been a welcome break for a coach who appears in well over 100 press conferences a season.

Back in the hotseat ahead of Saturday's Community Shield clash with Leicester, key questions rained in.

Where will Grealish play? What are the chances of Harry Kane following him to the Etihad Stadium? Is Lionel Messi back on the radar after his shock exit from Barcelona?

Still, a summer hiatus will have afforded him an opportunity to recharge his batteries after yet another gruelling nine-month season, into which he once again invested everything he has.

He headed back to Spain shortly after the disappointment of the final game of the 2020-21 campaign, with City losing 1-0 to Chelsea in the Champions League final in Porto.

There was sufficient spare time to play golf, holiday at Aiguestortes, Catalonia's national park, with family and friends, and visit his summer football camp in the Pyrenees.

And a relaxed pre-season meant more time on the golf course after returning to Manchester.

Meanwhile, the majority of his players were busy at the European Championship or Copa America, with Riyad Mahrez, Fernandinho, Benjamin Mendy and Joao Cancelo the only senior players to return at the start of pre-season.

Guardiola likes to give his players a good break away from football during the summer, so as to allow them to completely clear their heads, and Raheem Sterling, John Stones and Phil Foden, all of whom reached the Euro 2020 final with England, are only now set to return to the training pitch.

It's hardly an ideal situation, with the Premier League campaign set to get under way next week, and this summer's preparations have only been further complicated by Covid-19 restrictions and regulations.

"We cannot work, so we are here to handle the team spirit as best as possible but that time when we got four or five weeks to prepare for the begininning of the season is over," he said ahead of the Leicester curtain-raiser.

"We start honestly with the first title and half the team is out. We have zero complaints, it's a pleasure to play the competition with Leicester, but it makes no sense.

"I'm lucky because it's my sixth season and most of them know exactly what we want to do but I could imagine arriving here and playing the Community Shield in my first year.

"It's so difficult. The schedule, the calendars are crazy."

Of course, the absence of so many first-team players does, at least, provide Guardiola with an opportunity to better get to know the top talents emerging from the club's academy and work more closely with fringe players looking to force their way into the starting line-up this season.

However, City, like so many other clubs, were hindered by the pandemic. Overseas friendlies against Troyes and Barcelona were cancelled, while the academy building was temporarily closed after confirmation of positive tests among youth-team players and staff.

With the Etihad Stadium re-laid for the first time in 18 years and being given as much time as possible to bed in, matches against Championship opponents Preston, Barnsley and Blackpool were arranged at short notice for the Academy Stadium behind closed doors.

Winger Sam Edozie, 18, made a huge impression by scoring in each of the three victories, while Cole Palmer, who will spend the season with the first team, and James McAtee also took the chance to showcase their qualities.

Senior players also demonstrated that they have the hunger for another season challenging for the top honours – none more so than Mahrez.

Looking resplendent in his Foden-esque blonde locks, the Algerian scored in each of City's three pre-season games to issue a timely reminder of his class, with Grealish's arrival only set to increase competition for places at the Etihad.

But Mahrez was not the only one to impress.

Ruben Dias and Nathan Ake made rapid returns from international duty, such was their desperation to be in peak physical condition for the start of the new season, Kevin De Bruyne was back early to watch a friendly from the stands, while Oleksandr Zinchenko illustrated his commitment to the cause by missing the birth of his first daughter to continue training in Manchester.

The Ukrainian has, at least, been given more paternity leave to be with his family.

With other players including Ilkay Gundogan and Bernardo Silva involved in the final friendly against Blackpool, five days before the Community Shield game, the intensity is set to increase even further ahead of the tough Premier League opener away to Tottenham.

City took a long time to get going last season but with an improved Chelsea, Liverpool and Manchester United all expected to mount sustained title challenges this term, Guardiola's troops might not get away with a similarly sluggish start this time around.

However, the hard work they've put in over the past few weeks looks set to stand them in very good stead as they set about trying to retain their Premier League crown and finally land that first Champions League trophy.