A Ballon d'Or winner in the making? Why Guardiola was persuaded to spend £100m on world-class Grealish 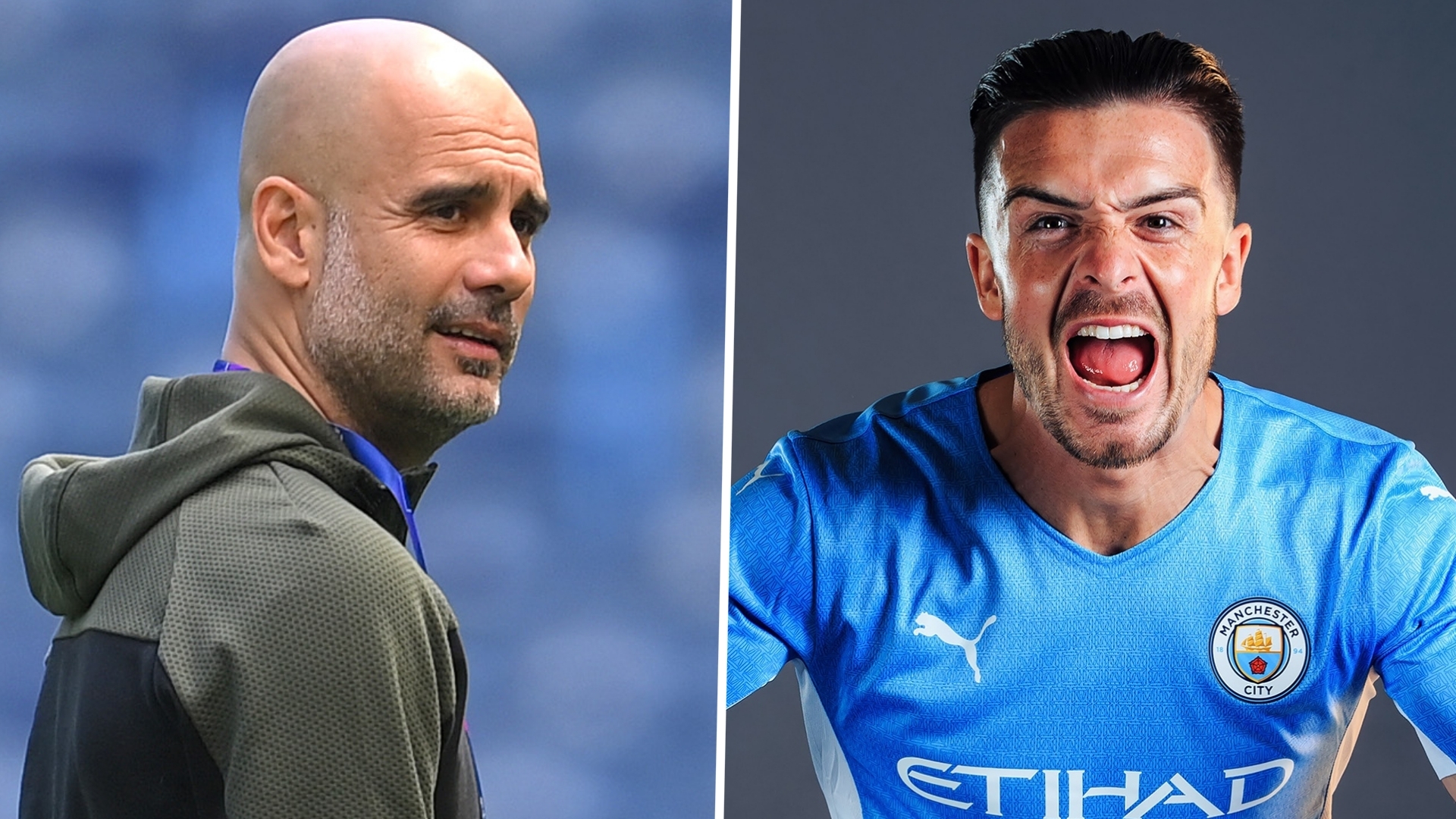 Despite becoming a cult hero at Euro 2020, the England international remains underrated but is now set to reach a whole other level at the Etihad

Jack Grealish is the most expensive footballer in Premier League history, signed by the current champions for almost twice as much as their previous record transfer.

Weeks of speculation and negotiation has perhaps obscured how extraordinary that is; detracted from the headline news that Manchester City have shattered their own transfer policy to capture a 25-year-old with only two top-flight campaigns under his belt and just a dozen England caps to his name.

That Pep Guardiola sees so much in Grealish is a moment of vindication for the player and for those who have long looked beyond the flair, and beyond the tiny shin pads, to the underlying statistics and the subtler measures of his talent.

Because even after becoming a cult hero at Euro 2020, Grealish is still wildly underrated. Man City have landed a world-class footballer; a generational talent; a future Ballon d’Or winner.

In the 2020-21 Premier League campaign he created the second-most chances from open play (70), played more key passes (37) than anyone else, completed the sixth-most dribbles (212), and made the second-most progressive runs (150).

He did all of that – recording 16 goals and assists – playing for the 11th best team in the division. And missing 14 games.

Those are ludicrous numbers, and should Grealish simply remain fit for a full campaign at a team of Man City’s quality – where team-mates will draw attention away from him, compared to opponents tripling up on the 25-year-old at Villa – it is no exaggeration to say he should be hitting Bruno Fernandes-level goals and assists.

He is already one of the world’s best players. It’s just that playing for a mid-table team most people don’t know it yet.

Grealish will have to adapt. The tempo of Guardiola’s football requires a quick release of the ball and Grealish tends to hold onto it, drawing players towards him.

His dribbling and the number of fouls he wins do not suit the positional rotation and fluency of Man City’s playing style over the last few years.

However, last season City did lack a creative flourish in the final third and on the left wing have missed Leroy Sane’s bursting dribbles past the full-backs.

Grealish’s individual flair may work in City’s favour by disrupting the careful rhythms of attack – and by providing a moment of magic, a killer instinct, around the penalty area when City face a defensive blockade.

But all of that is beside the point. Some at City have questioned the logic of paying so much for another forward when Riyad Mahrez, Phil Foden, Raheem Sterling, and Ferran Torres are all on the books.

Yet there is a crucial piece missing from most of the analysis about Grealish’s arrival at the Etihad, a piece that explains why he is worth £100 million ($139m) to Guardiola, and why he can take City to a new level as a regular starter.

Grealish has been signed to play as one of City’s free eights in the centre of the park.

After two years of attempting to replace David Silva with Bernardo Silva or Ilkay Gundogan in that advanced midfield role, Guardiola has broken the bank to bring in the perfect player to restore the double-tens system we saw in Man City’s centurion 2017-18 season.

City have not managed to reach those heights since David Silva’s departure, at which point Guardiola was forced to move away from the innovative and ultra-attacking system in which Silva and Kevin de Bruyne roamed forward in tandem, creating chances in the two half-spaces.

In the intervening years, Guardiola has increasingly used a double pivot in midfield, rarely risking two out-and-out playmakers in the middle.

That is about to change. And Grealish will undoubtedly step up to the task.

The subtler aspects of Grealish’s game – his positional intelligence, his vision for quick slide passes through the lines – have been hidden at Villa by the creative burden placed on his shoulders.

As the club’s best pure creator, he was shunted to the left wing to produce more final-third actions, but Grealish has always seen himself as a No.10.

Like David Silva and Andres Iniesta in previous Guardiola regimes, Grealish has the ability to wriggle out of tight spaces and dribble through players, opening up the pitch and working with a second No.10 to draw the opposition inwards, in turn creating additional space for the wide forwards.

He is also naturally inclined to drift out to the left flank even when starting centrally, and this should complement Sterling’s runs off the wing while distracting attention away from De Bruyne.

The Belgian has had to resort to moving all the way out to the right flank in the last couple of years to avoid congestion, but with Grealish’s trickery he can dictate things centrally again.

One thing David Silva did not have is Grealish’s ball-carrying skills, which can add a new dimension to City’s attacking progression.

For the first time, Guardiola has a player who will demand the ball from deep central midfield areas and drive forward, allowing City to play with greater urgency in the transition – a developing problem last season as their football became slower and more predictable.

It will take time to fuse Grealish’s existing skills with the adaptions necessary to function in a very different tactical setup to the one experienced as a big fish at Aston Villa.

But there is no doubt he has the intelligence to learn, and no doubt – judging by the nine-figure fee – that Guardiola has faith in him to do so.

In De Bruyne’s first season at Man City, under Manuel Pellegrini, he posted almost identical figures to Grealish in 2020-21: 16 goals and assists in 25 Premier League games.

Then, Guardiola elevated him to a whole new level. He can do the same for City’s record signing.

It is even conceivable, on raw talent alone, that Grealish will soon eclipse De Bruyne as Man City’s best player and one of the Premier League’s all-time greats.