Brighton's summer signing made her tournament debut in that infamous defeat, but is back in England to face defenders who are "the best in the world"

When Elisabeth Terland sets foot on the pitch at the AMEX Stadium this weekend, it will be in extremely different circumstances to the last time she did so – as a late substitute in a crushing 8-0 defeat suffered by Norway at the hands of soon-to-be European champions, England, at the Euros this past summer.

It was the day after Sarina Wiegman’s Lionesses had lifted the trophy at Wembley that Terland’s first move abroad was announced – one that would see her return to the scene of her national team’s biggest-ever loss.

In one of her first interviews as a Brighton player, she laughs when that game – as probably expected – finally comes up in her conversation with GOAL.

“I got to experience the city and the stadium a little bit in the summer, and I liked it. That just gave me another good reason to come here and to make some better memories than last time,” she says, with another chuckle.

Of course, it’s not the only reason why Terland, who made her major tournament debut that day, decided to move to England. It’s also about testing herself against the best to continue her development.

“The team that won the Euros has some pretty good defenders,” she says. “It would be nice to be able to match those as they're the best in the world.” 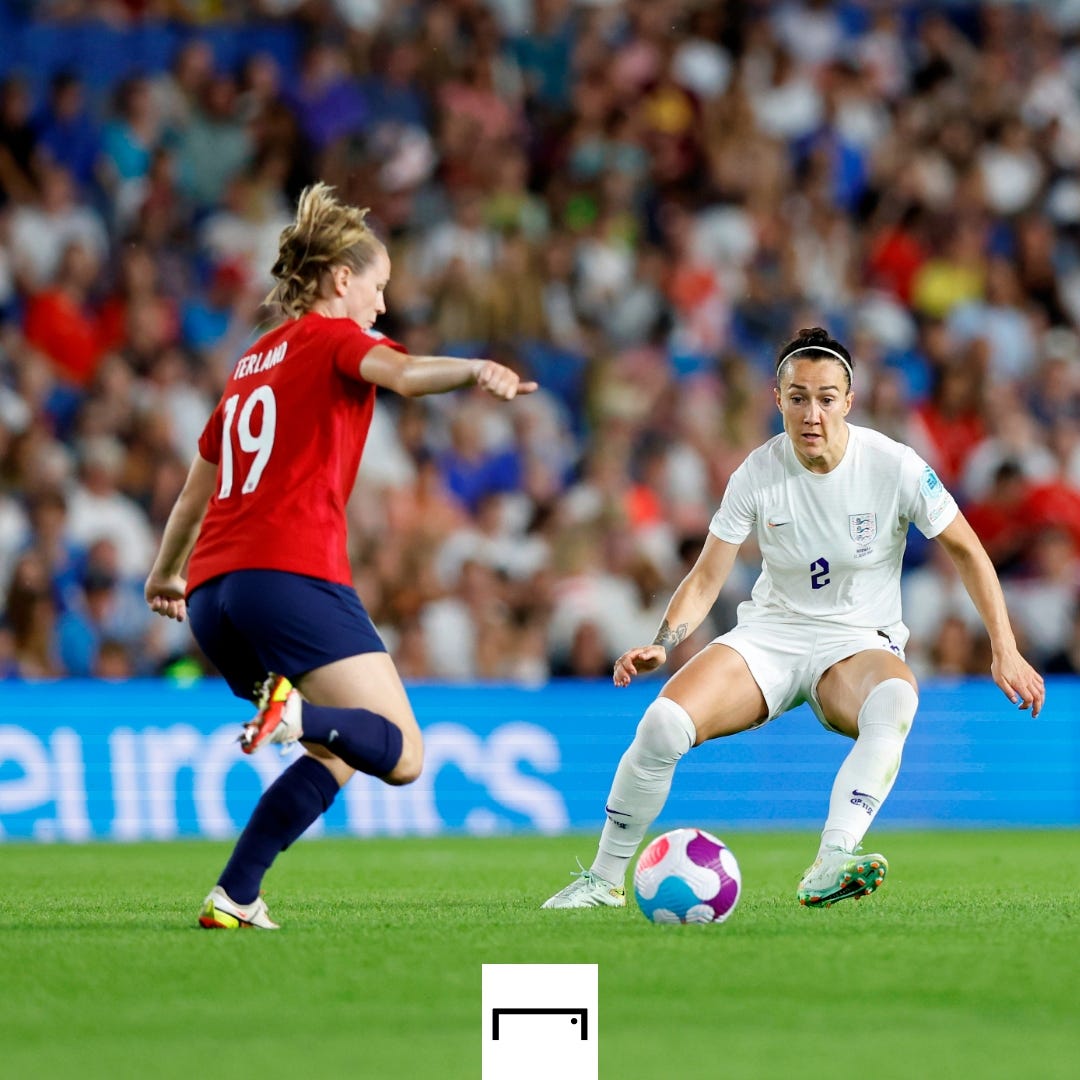 She has plenty of talent to trouble them, too. The 21-year-old describes herself as “a creative player that wants to link up with others” and she arrives from Norway with quite the reputation.

Aged 14, she started to train with top division club Klepp, making her debut for them at 15. In fact, she was so highly-rated that she was in ridiculous demand – playing for her club’s first team, youth team and various age groups at national team level, to the point she got a stress injury. “I learned a lot from that and I haven't been injured since,” she says.

It’s no wonder she has developed into such a talented forward, either, given the names she idolised growing up. At first it was Cristiano Ronaldo – “but that was just because of my brother,” she adds. “Then when I became a little bit older, I really liked the way Caroline Graham Hansen played and had her as a role model - and still do, actually.”

After her senior debut, she’d spend the next few years establishing herself as one of the stars of the league and work her way into the national team picture. There, she gets to play with Graham Hansen, the Barcelona star, herself. 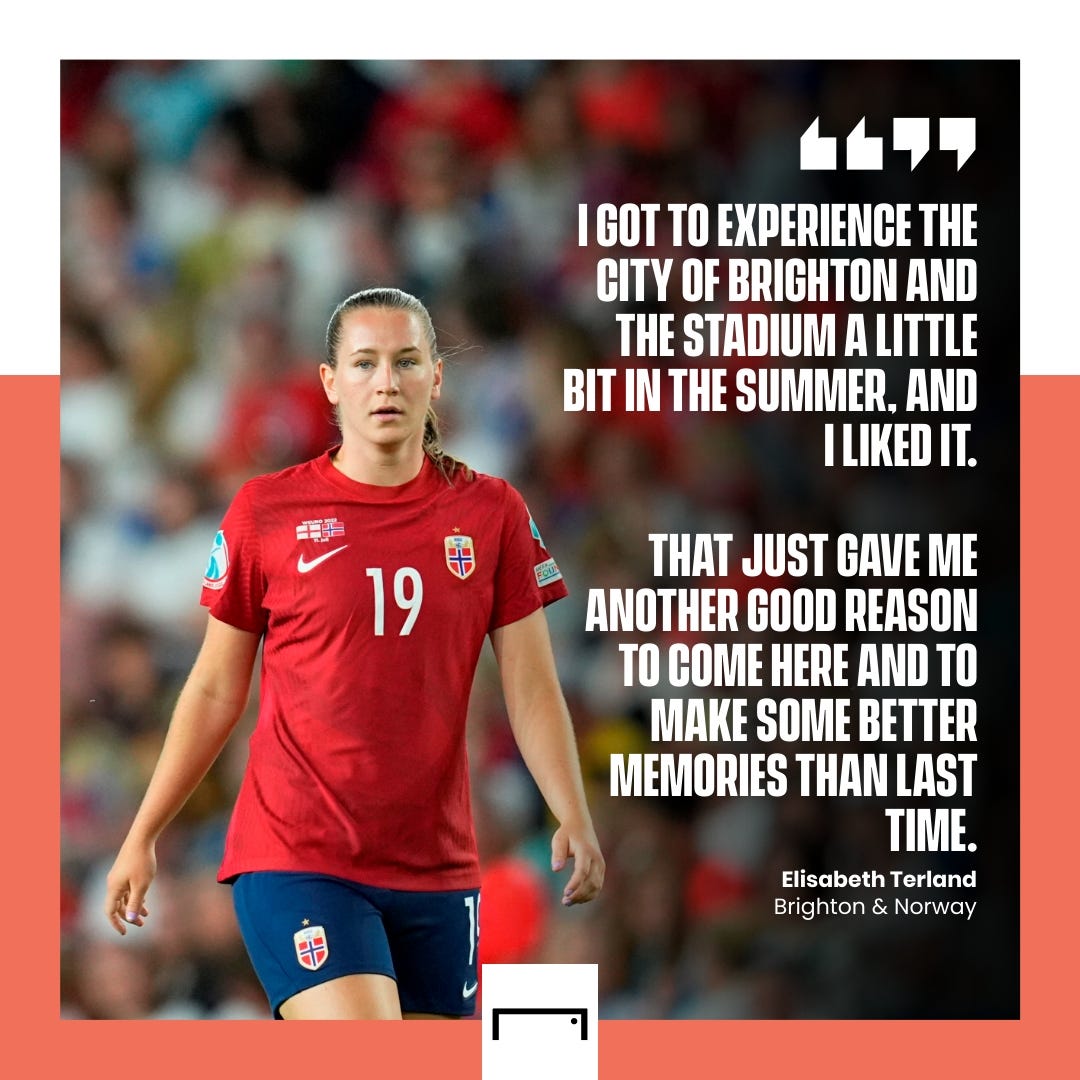 "That's why you're playing football, to be able to play for your country and play with the best players at the best level.

Graham Hansen is not the only top talent she is exposed to when she goes away with her country. Ballon d’Or winner Ada Hegerberg leads the line, with Arsenal’s Frida Maanum in midfield, Chelsea’s Guro Reiten wreaking havoc out wide and Maren Mjelde, another Blue, the captain.

Terland has heard good things about the Women’s Super League from the latter trio – as well as Manchester City’s Julie Blakstad, one of her best friends that she forgets to mention until GOAL does, much to her amusement.

Blakstad herself told GOAL this year that the national team’s level inspired her to move abroad and it’s similar for Terland. When speaking to Brighton as a potential option to help her do that, she says she simply got “a really positive vibe”.

“They have been following me for quite a long time so I felt like it was a club that wanted to develop me as a player, that knew who I was as a player and as a person,” she explains. “I think it was a step in the right direction but not like the biggest step I could have taken either. Everything just fit.” 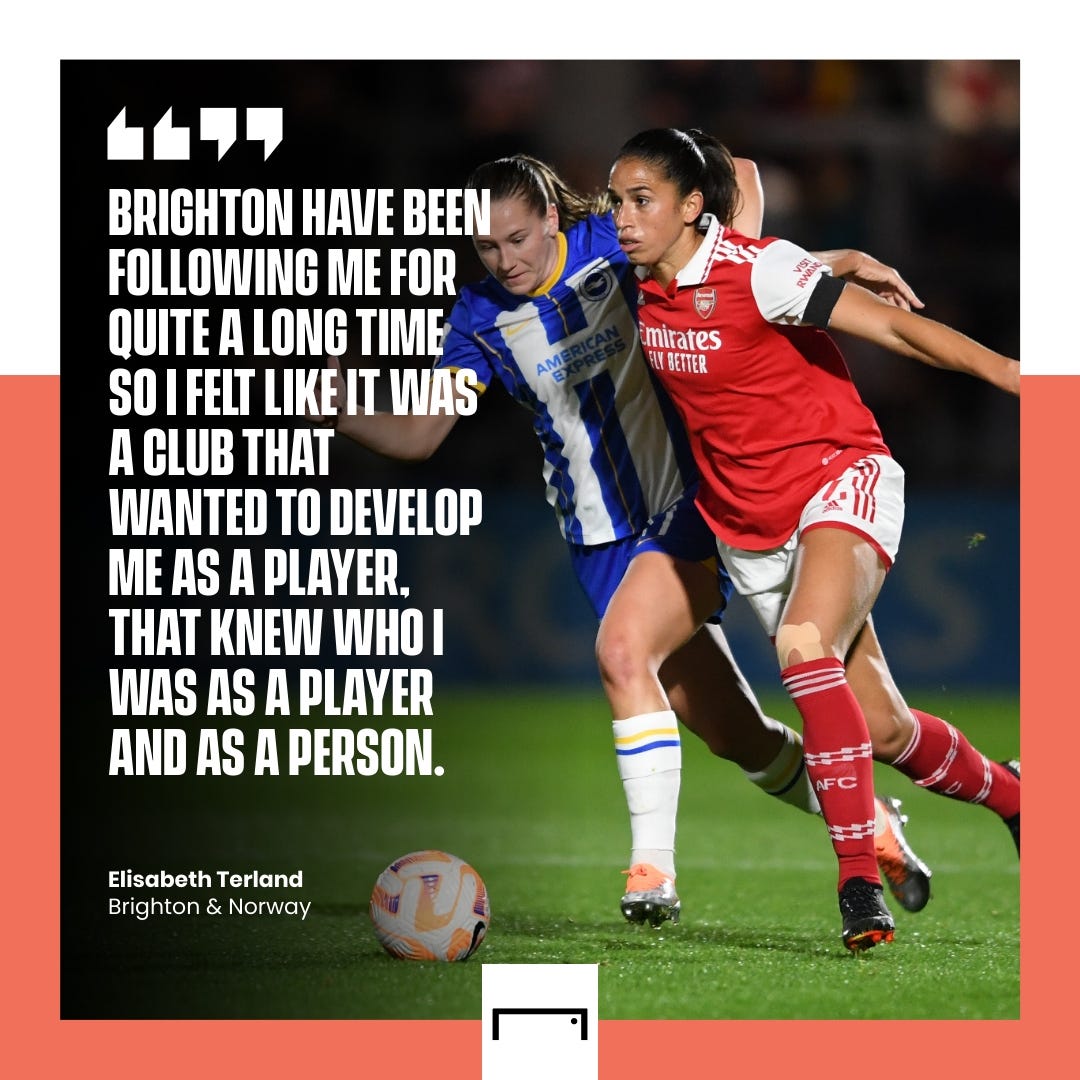 The Seagulls impressed in pre-season, taking on extremely tough opposition in Arsenal, Man City and Bayern Munich – the latter of whom they beat. It’s something Terland believes makes them “more prepared” for the big games this year.

The first of those came last Friday, when Brighton visited the Gunners for the opening game of the new WSL season. However, a dubious red card for defender Emma Kullberg after just seven minutes meant they were facing an uphill task.

This weekend, then, they will be even more determined to get their season up and running with a win at the AMEX over Reading.

Hopefully, it can be the start of Terland making those new memories in a city that’s given her some very contrasting experiences to date, too.

“I miss my family, I miss some of the food and I miss the mountains,” she says. “But it’s nice here. I am having a great time so far.”