England continued their excellent start to the 2022 Women's European Championship with a historic 8-0 win against Norway on Monday. The Lionesses fired in six goals in a dazzling first-half performance in the Group A clash before adding two more after the break. Beth Mead netted a hat-trick to lead the way, while Ellen White scored twice in the record-breaking effort.

Sarina Wiegman's team beat Austria 1-0 in their opening game of the tournament and have continued their strong play with a second straight win.

Wiegman's side became the first team to score six goals in the first half of a European Championship.

They have broken the record that was set the previous day by France, who went in 5-0 up against Italy at the break on Sunday.

The Lionesses also set a record with their eight total goals; the previous record for the men's or women's Euros was six.

6 - In one half, England have equalled the most goals ever scored by a team in a full game in UEFA Women's Euros history (Germany 6-2 v England in 2009 and England 6-0 v Scotland in 2017). Floodgates. pic.twitter.com/R2L5xCEcnn

The only other women's teams to have scored six in a Euros clash were England when they beat Scotland 6-0 in 2017 and Germany, who beat the Lionesses 6-2 in 2009.

How did England react?

"I can’t put it into words," Mead said to BBC One. "I’m just loving being here, loving being part of this team and loving every minute.

"It’s an incredible feeling to feel how I do right now. I don’t think I even dreamt of this. I’m just so happy I got the goals to help the team.

"I haven’t even thought about it [the Golden Boot]. I just want to get the goals to help us win. 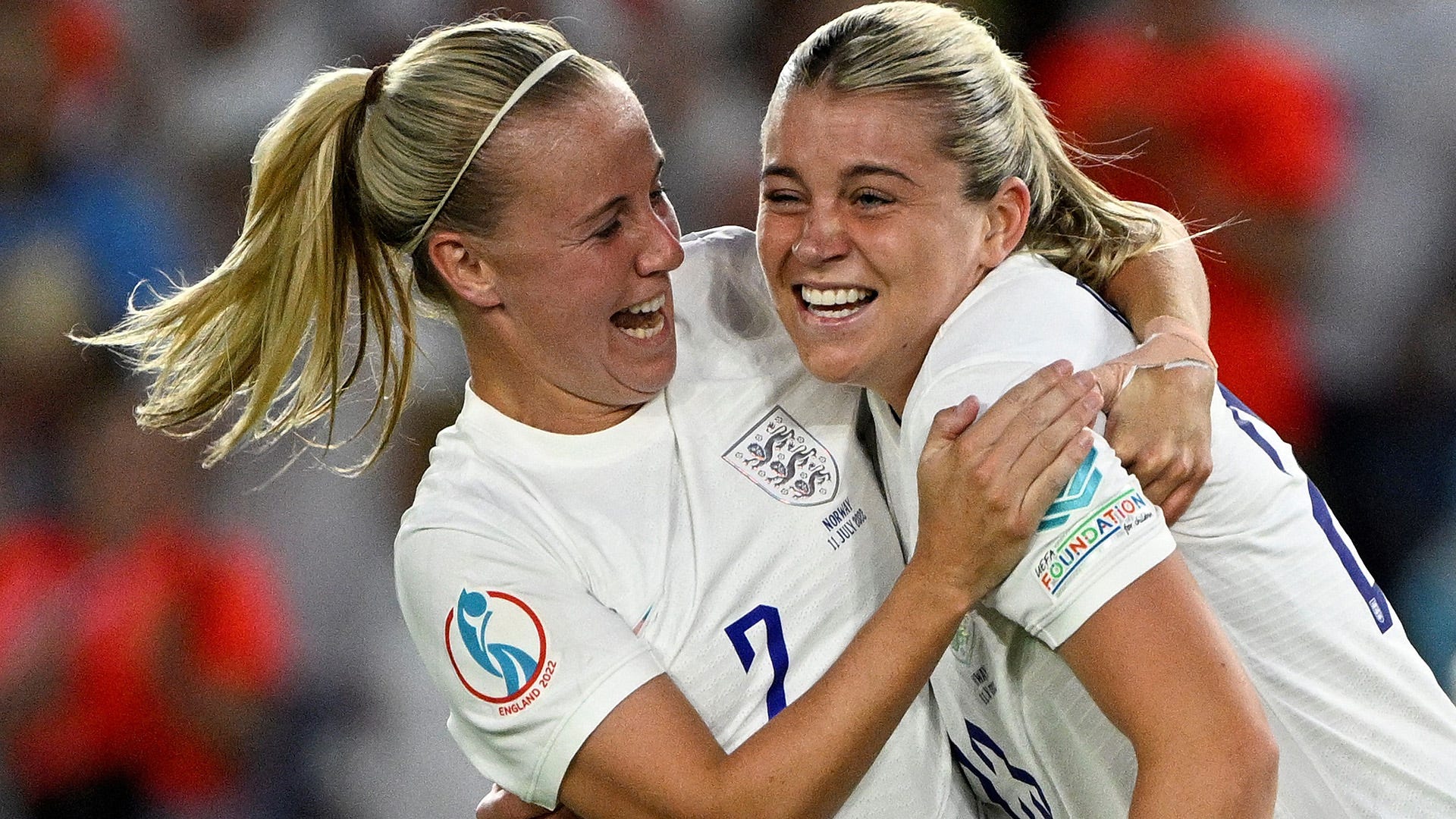 Meanwhile, Wiegman added: "'What’s going on here?' That was going through my mind. Norway didn’t have the answers. We created chances, scored goals and it was very enjoyable to watch.

"Norway didn’t have the best game today. We’re really happy with the performance. We showed how good we are. When we go through [from the group stage] we’ll get tested at a higher level. We need to do better every game.

"We really showed our qualities. The fans have been really nice again, almost 30,000 of them. We just need to enjoy that moment, relax a little bit then start preparing for the next game."

Mead's hat-track and her assist for Hemp's goal in the first half against Norway enhanced her status as the most prolific player in the squad since Wiegman took charge.

She has now been involved in 27 goals in total.

Hemp is not far behind, having also chipped in with a goal and an assist for Mead against Norway, meaning she has now scored eight times and set up 11 under the Dutch coach.