The football world exploded with news of the Argentine telling Barcelona that he wants to leave the club - but where could he go next?

A world in which Lionel Messi does not play for Barcelona seems unimaginable, but that could be the reality in the not too distant future.

Barcelona, once the undisputed greatest team in the world, are undergoing one of their darkest periods in recent history - off the backs of a season in which they failed to win a single title since 2007-08.

And now, following repeated humiliation in the Champions League as well as tension with club president Josep Maria Bartomeu, Messi has informed his club of his wish to depart.

Having been at the club since the age of 13, it is unthinkable that Messi could wear the colours of another shirt. With his current contract expiring in 2021, Goal has outlined which club he could sign for next.

Manchester City is arguably the most logical and one of the more realistic clubs that Messi could sign for next.

Messi could be tempted to reunite with Pep Guardiola, his former coach at Barcelona and the manager who oversaw his meteoric rise to becoming one of the greatest players in the world.

Indeed, as reported by Goal, Guardiola recently held talks with Messi and it is understood that he would be delighted to have his former charge at the Etihad Stadium.

The Argentina star enjoyed some of his most successful and trophy-laden times with Guardiola at Camp Nou, and their mutual admiration and respect on and off the pitch could be a huge selling point.

Beyond Guardiola, Manchester City are understood to be one of the few clubs who are in the financial position to actually sign the Barcelona superstar.

They might need to activate his €700 million (£630m/$825m) release clause with his contract set to expire in 2021, which was implemented when Messi renewed his contract in 2017. However, Messi claims the clause is null and void and he can leave for free this summer. 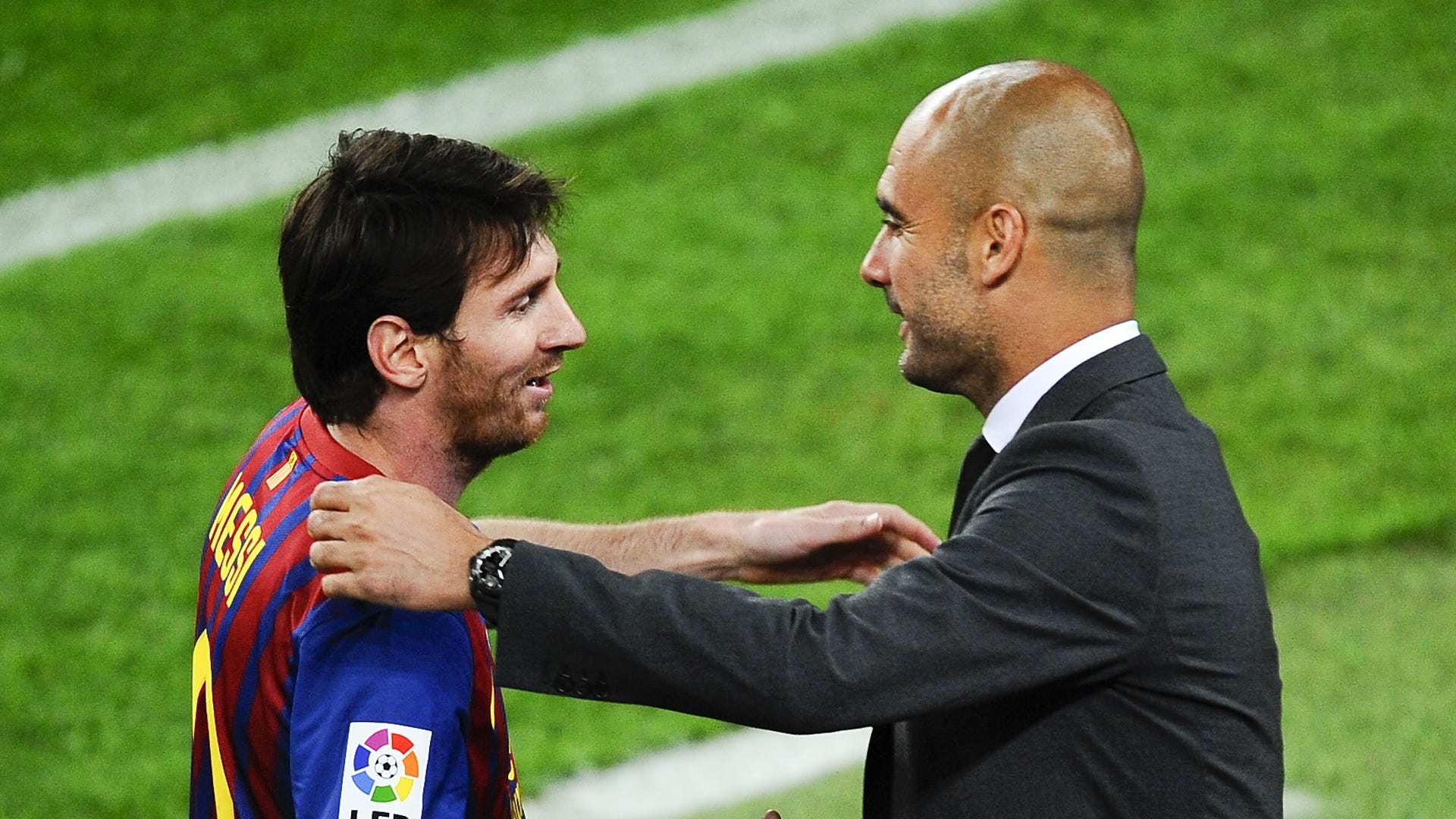 It's no secret that the Champions League trophy is the piece of silverware Man City are desperate to get their hands on, and it's hard to imagine them not being an unstoppable force in Europe with a formula consisting of Guardiola and Messi.

The 33-year-old, for his part, is a four-time winner of the Champions League and could add notable experience to the City team.

Additionally, Messi could also be swayed by the presence of Sergio Aguero at the Etihad, his close friend at international level with Argentina.

Serie A side Inter have long flirted with the Barcelona striker, even going as far as trying to sign him in 2008.

Former Nerazzurri technical director Marco Branca revealed that they had gone "all out" to lure the Argentine to San Siro, telling Libero: “Yes, we moved for him but Leo did not want to leave Barcelona."

What's more is that former Inter director Massimo Mirabelli suggested that there is still a high chance of the transfer happening, saying: “I can assure you that Messi is more than a dream for Inter.

"He now has only a year left on his contract and Barca don’t want to risk losing him for free next summer."

According to Marca, Inter would be ready to splash out a four-year deal for Messi and are prepared to make him the highest-paid player in Italy, ahead of Juventus' Cristiano Ronaldo.

From Messi's standpoint, there is the lure of reuniting with his former Real Madrid rival in a different European setting - not to mention the attractiveness of playing in a city such as Milan. But would Inter really be a force in the Champions League?

Seeing as Neymar's transfer to Paris Saint-Germain in 2017 is one of the major factors that led to the start of Messi's unravelling unhappiness at Barcelona, Messi signing for the French giants could make this saga turn full circle.

Not only do PSG, like Man City, have the financial means to afford a player like Messi, but the striker would be given the chance to reunite with Neymar.

Messi has been a key component in Barcelona's ongoing pursuit of bringing the Brazil international back to Camp Nou. After all, Bartomeu's failure to re-sign the player was a major factor behind Messi's unhappiness. 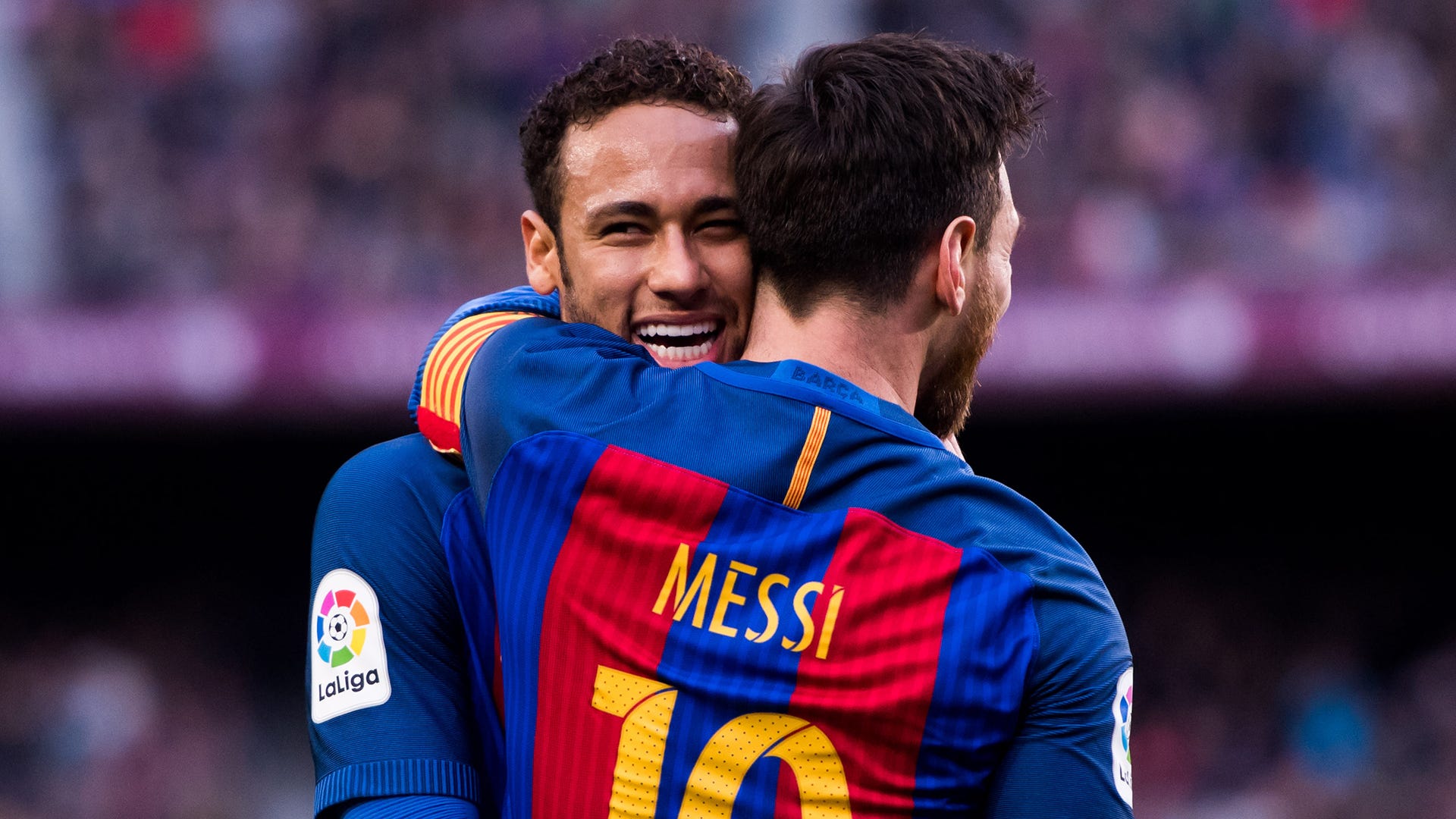 PSG are also desperate to lift the Champions League for the first time in club history, and the heartbreak from their recent loss in the final against Bayern might give them increased motivation to sign Messi.

The idea of a front three consisting of Messi, Neymar and Kylian Mbappe would prove to be utterly ruthless and beyond devastating to the rest of Europe.

Should Messi depart Barcelona, it is most certain that he will not play for another Spanish club due to the backlash among fans who still adore him – let alone Real Madrid, Barcelona's greatest-ever rivals.

Though players from either Clasico side have done the extraordinary and signed for the other - such as Ronaldo, Luis Figo and Michael Laudrup - there is practically zero chance of Messi actually signing for Madrid.

Manchester United were once a rumoured destination for the Barcelona star, with reports in Argentina suggesting that the Red Devils were preparing a €120m (£108m/$136m) part-exchange offer.

It's one thing for the Red Devils to bid for Messi, but it's hard to imagine the striker signing for a club in the middle of a rebuild while still struggling to regain their prestige in England.

Signing Messi comes with the responsibility of matching his €70m (£63m/$83m) annual gross salary that he was receiving at Barcelona – something only a few clubs would be able to cough up.

An option for the talismanic forward, then, is a return to his native Argentina and to Newell's Old Boys, the club he worshipped growing up.

Messi has previously outlined his desire to return to his boyhood side, telling El Trece in 2018: “I’m increasingly sure that in Europe, Barcelona will be my only club.

“I always said I wanted to play in Argentine football one day, I don’t know if it will happen but I have it in my mind.

“It would be at Newell’s, nowhere else. I would like to do that for at least six months, but you never know what will happen.”

But returning home also has its downside.

“It is my dream to see Leo at Newell's, but it is complicated. Imagine Messi playing in the derby, his kids have to go to school... the city is an inferno,” Messi's cousin Maxi Biancucchi told La Capital in May.

“If it was not for the crime, I'd have no doubt he would play in Argentina.”

It is not at all beyond the realms of possibility that Messi might simply retire from playing football after his recent heartbreak with the Catalan club.

Indeed, while he may be one of the best players in the history of football, Messi has demonstrated an emotional streak in the past which has seen him make drastic decisions in the wake of disappointment.

For example, he opted to retire from international football after losing the Copa America with Argentina in 2016 before being coaxed back for the 2018 World Cup - where he endured yet more pain.

When he scooped his sixth Ballon d'Or in 2019, Messi acknowledged that "retirement is approaching" and he is 33 - so it is a possibility.