Arsene Wenger admits Barcelona in the Premier League would be “interesting”, but feels Celtic and Rangers would head the queue if expansion was made.

The Arsenal boss has been an interested observer of goings on in Catalunya, with Sunday seeing a controversial, and rather chaotic, vote on independence.

Arsenal 4/6 to win at Watford

Barca, along with Espanyol and Girona, have been warned that there will be no place for them in La Liga should their geographical region split from mainland Spain.

A move to England has been mooted for those at Camp Nou, with Wenger conceding that such a switch would make life even more difficult for established title challengers.

The Frenchman told reporters when quizzed on the issue following Arsenal’s victory over Brighton: "I'd try to learn Catalan.

"If Barcelona want to join the Premier League, it makes things even more difficult for everybody.

"But I don't think they have gotten as far as that.

"It is interesting and there will be incidents on the sporting side as Barcelona are a highly political club." 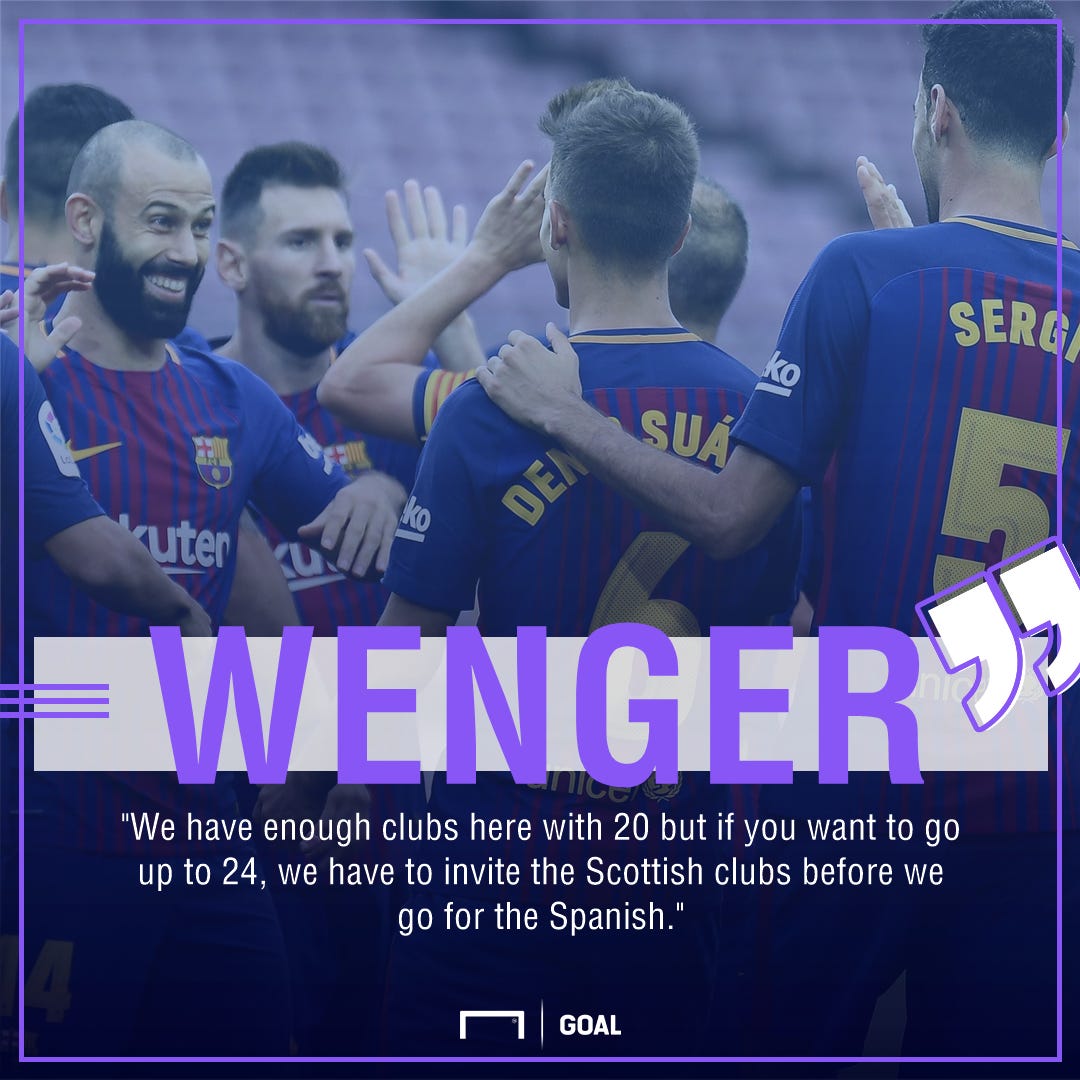 While intrigued by the possible arrival of a global giant, Wenger concedes that a divisional move is unlikely, with there various issues which would have to be overcome.

He added: "I think it will be interesting to see how they respond in the championship.

"We have enough clubs here with 20 but if you want to go up to 24, we have to invite the Scottish clubs before we go for the Spanish."

Catalan sports minister Gerard Figueras told Goal recently on the challenges Barca could face : "Elite clubs would choose between challenging in a Catalan league or in a foreign league.”

In a separate interview, he said: “In the case of independence, Catalan teams in La Liga – Barcelona, Espanyol and Girona – will have to decide where they want to play: in the Spanish league or a neighbouring country like Italy, France or the Premier League.”

Barcelona remain part of the La Liga system for now and were forced to play a 3-0 victory over Las Palmas on Sunday behind closed doors as authorities could no guarantee the safety of those in attendance as violence marred the Catalan independence poll .