Was Leipzig sensation Angelino the answer to Man City's left-back woes all along? 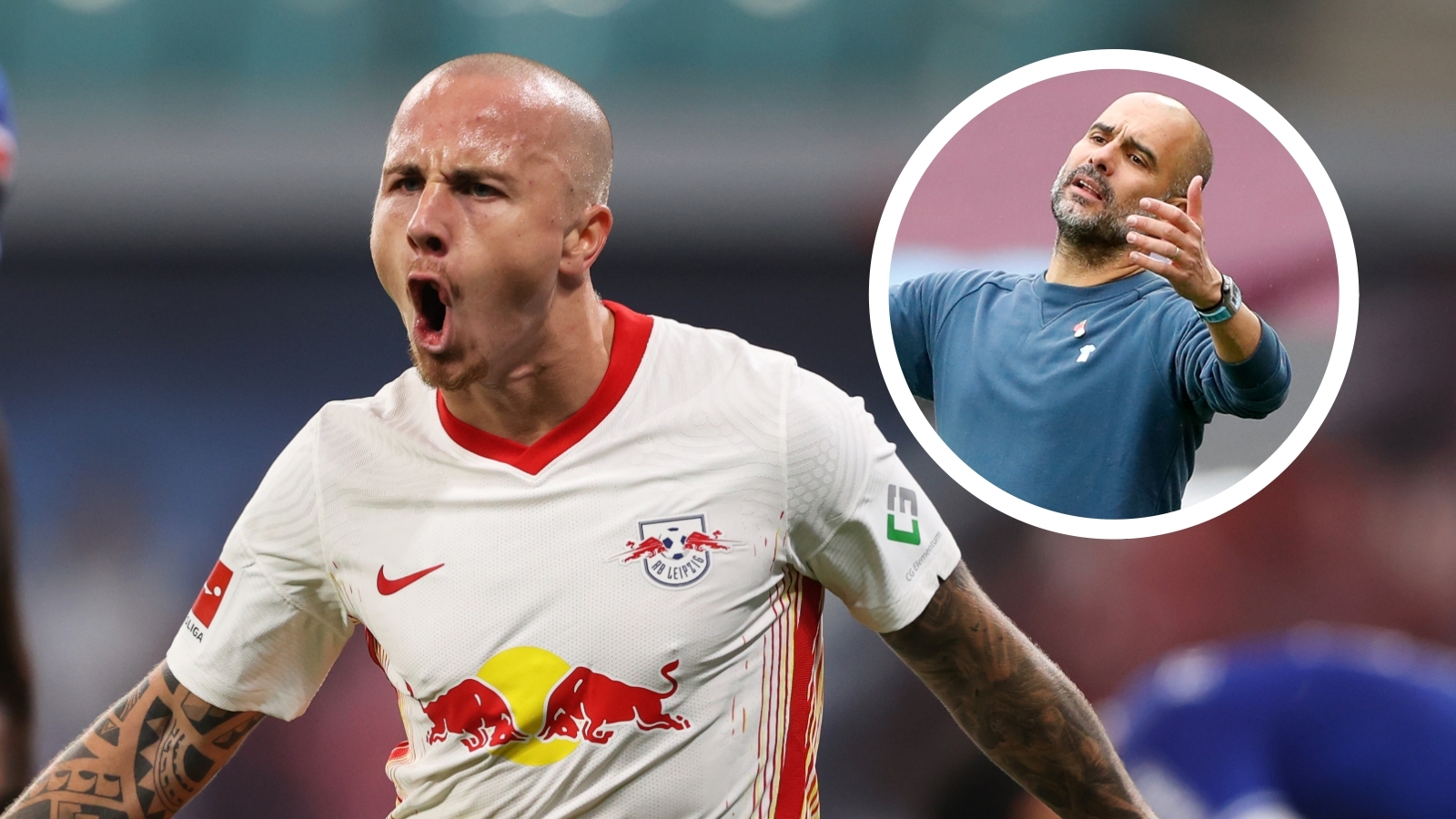 The 23-year-old has been in superb form for the Bundesliga outfit this season, scoring four goals in seven matches for Julian Nagelsmann's team

On Tuesday evening, Pep Guardiola will take his Manchester City side to Marseille as the Champions League group stage continues.

Guardiola has put together one of the best squads in Europe at the Etihad Stadium, and yet there are positions within his team that many believe could still and maybe should already have been strengthened.

One such area is at left-back, where Benjamin Mendy - who will miss the clash with his former club at Stade Velodrome through injury - is currently the only specialist player in that position, and an inconsistent performer at best.

When the France international has not played in recent years, Guardiola has been forced to fill a round hole with a square peg, with either right-footed full-backs, such as Danilo and Joao Cancelo, or central midfielders like Fabian Delph and Oleksandr Zinchenko forced to fill in.

How City go about finding their left-back of the future remains to be seen, but it is somewhat ironic that in Manchester on Wednesday there will be a City player on Champions League duty who is thriving in such a role.

Right now there are few left-backs around Europe who are in better form than Angelino at RB Leipzig. On loan from City, the 23-year-old has thrived under Julian Nagelsmann in Germany and is set to line up at Old Trafford as the German outfit prepare to face Manchester United this week.

Having won six of their seven games in all competitions so far this season, Leipzig sit top of the early Bundesliga table and will be eyeing yet another run to the latter stages of the Champions League after reaching the semi-finals for the first time in 2019-20.

Angelino has played a major role in that start to the campaign, and has already surpassed his best ever season in front of goal having found the net on four occasions, including both goals in Leipzig's 2-0 win over Istanbul Basaksehir on matchday one.

While he remains technically on loan from City, it would take a drastic change of heart from Nagelsmann for the Spaniard not to complete a permanent move to east Germany in the coming months.

Leipzig are obligated to buy the full-back in a deal worth €18 million (£16m/$21m) should he make 12 appearances this season, though at least five of them must come in the second half of the campaign.

Given his importance to Nagelsmann's team over the past 10 months following his initial loan move in January, it would be a huge shock were that deal not to be finalised in the new year.

"I have to admit, he arrived after working under a great manager,” Nagelsmann told reporters. “I can't just praise myself. He came as a well-developed player.

"We haven't brought many players in from Pep Guardiola, yet, so we can't draw a comparison. But his adaption time was minimal, as he arrived from a great team and a great manager, who surely taught him something.

"He is inquisitive, listens and implements things, as he is a great footballer with an instinct to play."

Though he has not solely been used as a left-back this season, with Nagelsmann having sometimes chosen to deploy him as a more traditional winger, it still remains baffling that City were unable to at least utilise him as an effective squad member to rotate alongside Mendy and help provide some much-needed balance to the backline.

Angelino made just 11 starts - more than half of which came in domestic cup competitions - for the Premier League side having joined as a 15-year-old from Deportivo La Coruna, though he spent plenty of time out on loan at New York City FC, Girona, Mallorca and NAC Breda.

He was also sold to PSV Eindhoven in 2018, but was re-signed by City a year later thanks to a buy-back clause following a campaign that saw him contribute 12 assists in all competitions and earn himself a place in the Eredivisie Team of the Season.

Though clearly talented, he could not replicate that form back in England, however, with his only appearance in the opening league matches of the 2019-20 season coming as a substitute in the 8-0 win over Watford.

He did eventually make four starts, including at Anfield against Liverpool and at home to Manchester United, but his defensive deficiencies were shown up too often despite showing promise when attacking.

The initial loan move to Leipzig followed, and he played every minute of the Champions League knockout stages as assists against Tottenham and Atletico Madrid helped earn him a spot in the 23-man UEFA Squad of the Season.

With Nagelsmann keen to bring him back, the deal was reached with Leipzig, and if current form is anything to go by then Angelino looks set to go down as one that got away from City.

Many fans will likely question why given Angelino's willingness to get forward and create chances is exactly what Guardiola requires from his full-backs, particularly when inverted wingers such as Raheem Sterling or Riyad Mahrez play ahead of them.

Meanwhile, his work-rate and pressing, which helped him recover possession six times against Basaksehir last week, are also seemingly ideal for what the Catalan wants from his players.

For one reason or another it just never happened for Angelino at the Etihad. Now, as he returns to Manchester, the blue side of the city can only watch on and wonder what might have been.