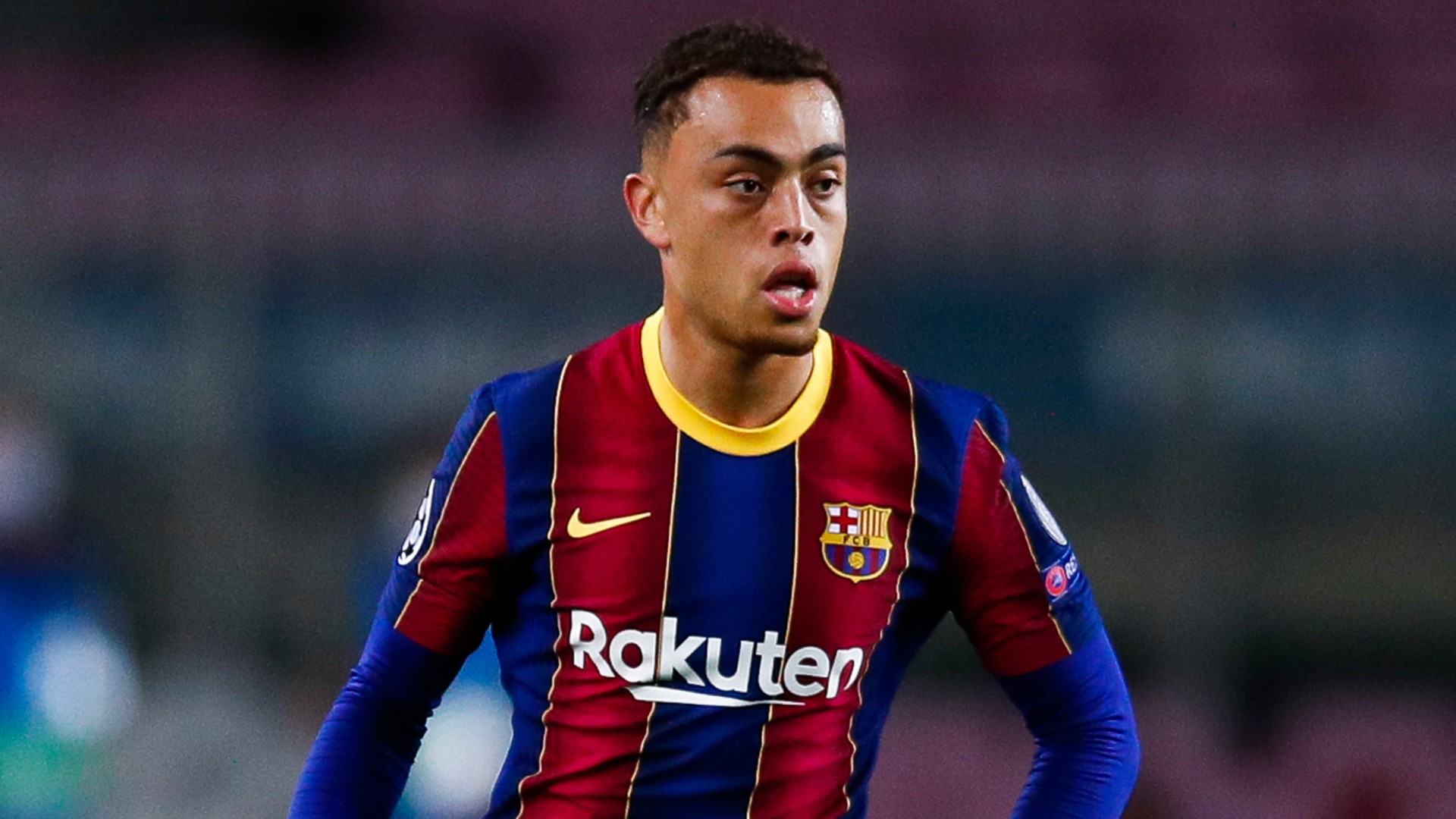 Sergino Dest has become the subject of transfer talk heading towards the summer window, but the USMNT star expects to remain at Barcelona for the 2021-22 campaign.

The promising 20-year-old full-back has just completed a testing debut season at Camp Nou, with a €21 million (£18m/$26m) deal taking him to Spain from Ajax.

He took in 41 appearances for Barca across all competitions, registering three goals, but is now said to be registering on recruitment radars at Bayern Munich and Arsenal as more change is mooted in Catalunya.

Dest is reading little into the speculation, telling reporters on his future after figuring for the United States in a 2-1 friendly defeat to Switzerland: "I will stay.

"My time at Camp Nou has just started and I'm only thinking bout Barcelona."

Dest committed to a five-year contract upon his arrival at Barca in the summer of 2020.

He was slotted immediately into a star-studded side and had to settle quickly while operating under the brightest of spotlights.

Positive early progress was made, but there were a few challenges faced along the way.

One of his most testing outings came against Paris Saint-Germain in the Champions League last-16, with Kylian Mbappe giving him a hard time while hitting a hat-trick at Camp Nou.

Dest is, however, a work in progress and Barca have high hopes for him, while a more prominent role is being taken on internationally.

The links to Arsenal have come about as speculation rages around Hector Bellerin at Emirates Stadium, but it appears as though the Gunners will have to turn their attention elsewhere.

Bayern may also have to explore other avenues, with the Bundesliga champions looking for another player of promise on the right of their defence after recently buying into the potential of Omar Richards on the left.