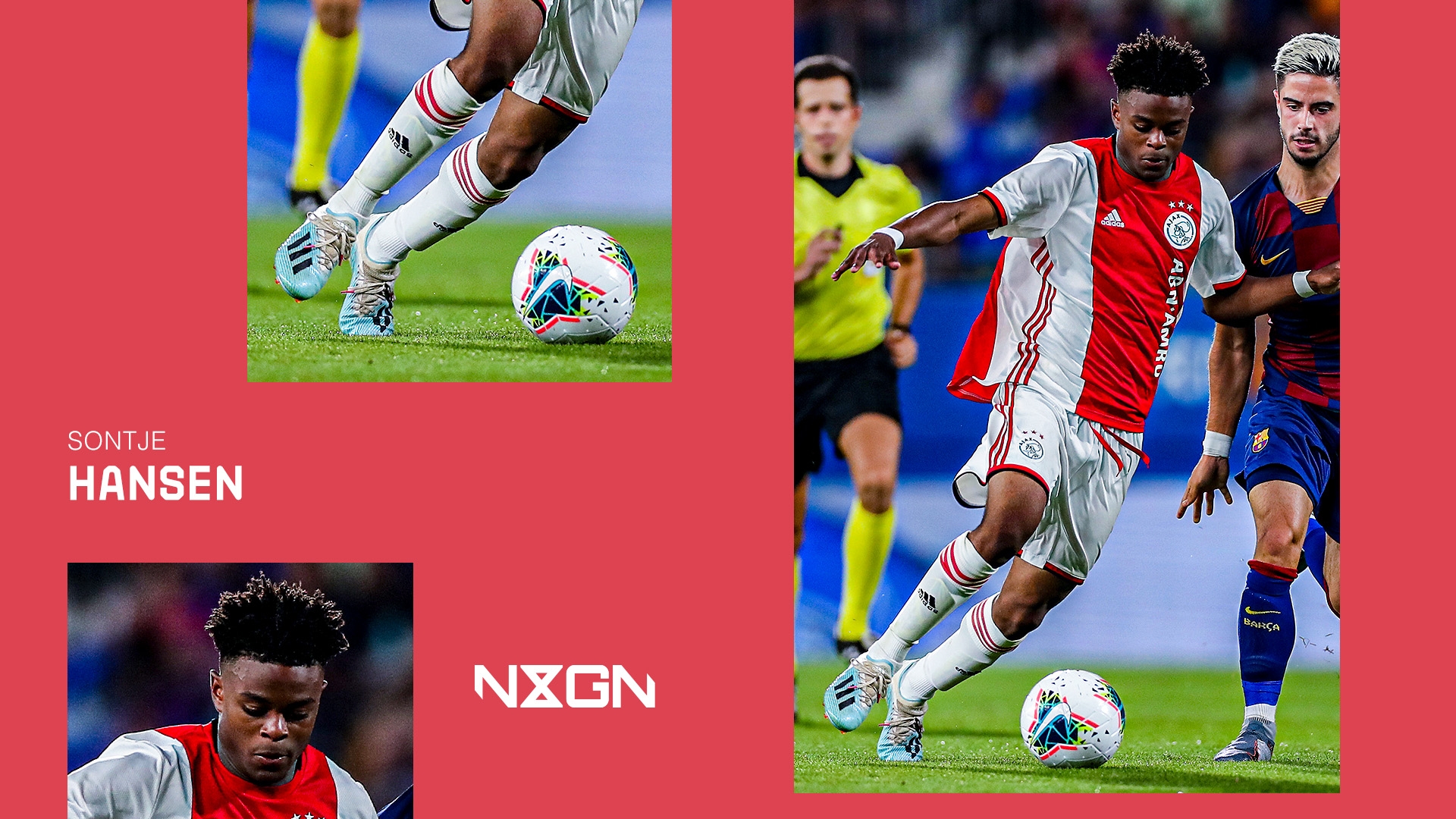 It might be a cliche but there are few academies churning out more talented young players right now than at Ajax.

The Dutch giants are, of course, well-known for their ability to develop potential stars, but their current crop might just prove to be their best yet. Naci Unuvar, Ryan Gravenberch, Lassina Traore, Jurrien Timber, Kenneth Taylor and Brian Brobbey have all been tipped for varying levels of greatness, but with that hype comes interest from other top European clubs.

The latest prodigy on the lips of the continent's elite is forward Sontje Hansen, who celebrated his 18th birthday in mid-May. Juventus, Inter and RB Leipzig have been monitoring his progress, but it is Manchester City who are purported to be leading the race to tie down a player who is making an impact at both club and international level.

Having helped the Netherlands defend the Under-17 European Championships in the summer of 2019, Hansen then announced himself on the global stage by winning the Golden Boot for the top goalscorer at the U17 World Cup later that year, with his six goals – which included an impressive hat-trick against Nigeria in the quarter-finals – leading Oranje to the semi-finals, where they lost on penalties to Mexico.

Hansen's performances did not go unnoticed, with Barcelona star Antoine Griezmann having reportedly sent the teenager a direct message on social media to let him know just how impressed he was with the "little boss".

Back in Amsterdam, meanwhile, he was quickly promoted to Jong Ajax, for whom he scored on his debut in the second tier of Dutch football against SC Cambuur on December 13. His celebration saw him put fingers in both ears as the home crowd was silenced.

"It is great that we made those 8,000 fans go quiet after 80 minutes," he said of his late goal. "I just knew I was going to get one chance. I don't get that many chances, but if I do get one, I usually score. That's a quality. I actually wanted to take off my shirt, but Naci [Unuvar] stopped me, so I did something else."

Five days later, the confident youngster made his first-team bow against Telstar in the KNVB Cup before being thrown on by Erik ten Hag for the final 11 minutes of his side's Eredivisie clash against ADO Den Haag on December 22.

Disappointed that we couldn’t make it to the final and achieve our goal. I want to thank my teammates and the staff for helping me win the golden boot. We learn and we move on ❤️🙏🏾 @fifaworldcup @onsoranje

They proved to be Hansen's only appearances for the first team before the curtailment of the Dutch season due to Covid-19, but he showed enough flashes to suggest more opportunities will be forthcoming in 2020, even if he did struggle at times with the pace of top-flight football.

"Sontje is doing very well and what is good will come soon," were Ten Hag's words when asked whether the teenager might earn another chance at the highest level having impressed during the club's mid-season training camp.

Injury, unfortunately, cut short his time with the first team at the start of 2020 and he is yet to make another appearance in Ten Hag's squad, but it is understood he will be given more opportunities to impress when football returns in the autumn.

Hansen began his footballing education around 45 kilometres outside of Amsterdam at local club HSV Sport 1889, where he was described by youth director Rob van Drimmelen as a "little boy with a thumb in his mouth who liked to play football."

From there, he joined amateur club SV Always Forward in the town of Hoorn and, at the age of 11, he received offers from both Ajax and AZ.

He chose the former – a decision that his mother, Sonaida, looks back on with pride, having previously struggled to always provide for both Sontje and his older brother, Ricky, who spent time with Reading as a youngster.

"I was a single mother and I always struggled to give the boys everything," she told Ajax's official website after Hansen signed his first contract with the club in May, 2018. "It was very difficult at times and I was having a hard time financially."

Sonaida had always played a key role in both her sons' footballing journeys, having previously refereed their junior matches as well as providing cake for both the players and other parents to enjoy at full-time.

However, with money tight, she was forced to lean on charity Stichting Leergeld, who helped provide the boys with the equipment they needed to continue playing the sport they loved. The younger Hansen is now one of the charity's ambassadors.

On the pitch, Hansen – who can play as a wide forward as well as through the middle – has just a year remaining on that contract he signed in 2018, and there is a feeling around Europe that he could be available for as little as £6 million ($7.3m) this summer.

"I don't know what Ajax's plan is," he said during a recent live chat on his Instagram. "I still have a year left on my contract and they will have to offer me a new one before I can decide."

Such a statement will be music to the ears of both City and any other interested parties, and Ajax would do well to speed up the process of tying down one of their best young talents.

Otherwise, he could be the first of the latest golden generation to leave Amsterdam behind.