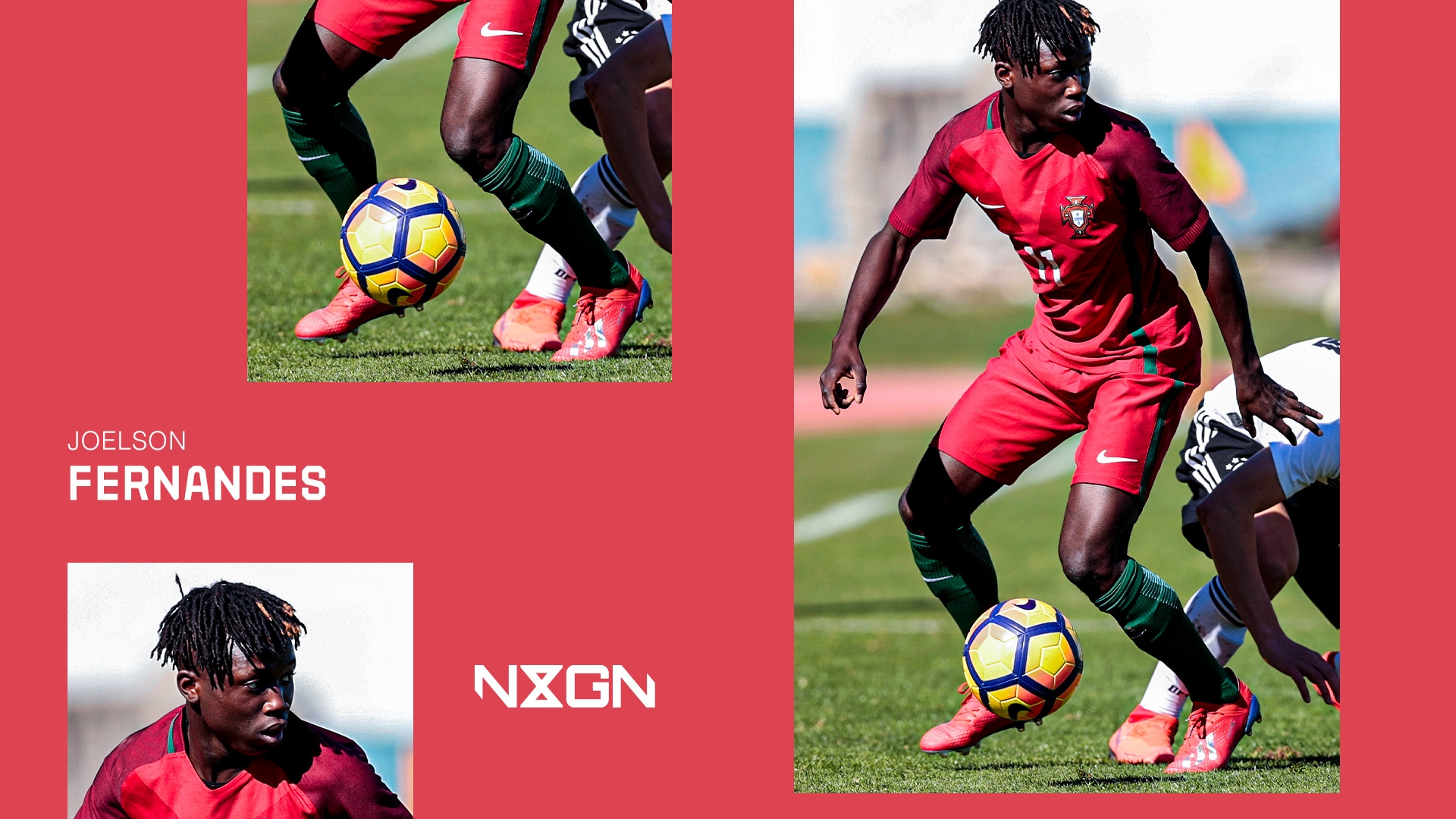 Few clubs can match Sporting CP when it comes to producing wingers over the past 30 years. From Cristiano Ronaldo to Nani, Luis Figo to Ricardo Quaresma; their conveyor belt of wide talent is an enviable one.

As such, any player to emerge from their famed academy with a penchant for taking on full-backs and whipping crosses into the box is going to have the weight of expectation thrust onto them. The 'new Cristiano' moniker that likely follows does not much help either.

The latest such player is Joelson Fernandes, who at 17 is being tipped to make the step up to the first team over the next 12 months as football returns after the coronavirus shutdown.

"It is true that being compared to these players puts a little extra pressure on me," he told O Jogo in a recent interview when asked about being likened to previous academy graduates that were developed in Lisbon. "I try to follow their example and play the best I can in each game."

Fernandes was born into football, with his father, Eusebio Mango, having played for both Sporting and Porto at youth level before enjoying a nomadic career in Portugal's lower leagues.

Joelson, though, spent his early years in the land of his birth, Guinea-Bissau, and began his footballing education at local club Academia Valusa do Bairro Militar on the outskirts of the nation's capital, Bissau. He would not move to Portugal until the age of 11, but was soon spotted by Sporting's scouts upon his arrival in the country.

Each weekend for two years he would be driven 250 kilometres down the Portuguese coast from his home in Aveiro to Lisbon to play for the Leoes' age-group sides before eventually moving to the capital to join the club's academy full-time at the age of 13.

From there he has gone from strength to strength, earning call-ups to represent Portugal at Under-15, U16 and U17 levels while playing well above his age group domestically. Before Covid-19 disrupted the campaign, Fernandes had spent the entirety of the season playing with the club's U23s, where he had contributed five goals and two assists in 28 appearances despite not turning 17 until February.

Though right-footed, Fernandes plays predominantly off the left-hand side, with his trickery and pace catching the eye of a number of observers.

Having spent 2019 training sporadically with the club's first-team squad - during which he built up a strong relationship with then-club captain Bruno Fernandes - he won the academy prize at Sporting's annual Stromp Awards ceremony in December. He was called up by former Sporting coach Silas to again join the senior squad a month later, and it is understood that new manager Ruben Amorim is a fan and likely to want to take a closer look once the Primeira Liga returns at the start of June.

It may be in Amorim's interests to ensure Fernandes feels wanted, with a number of other clubs beginning to circle the young sensation. Despite the youngster having signed a contract through to 2022 which includes a €45 million (£40m/$49m) release clause, both Barcelona and RB Leipzig have been credited with interest, and they are unlikely to be the only suitors.

Reports in Portugal suggest that Sporting are keen to extend Fernandes' deal to 2025 and increase his release clause to at least €80m (£71m/$88m) in a bid to ward off interest, though given his potential and Sporting's recent struggles in trying to secure Champions League football is it difficult to envisage the wideman seeing out such a deal.

"It is very flattering and I think it represents the value of my work," Fernandes said of those clubs who are purported to be monitoring his progress. "I did not look at that alleged interest very much, I am happy where I am and fighting to achieve my dream, which is to play for Sporting's first team.

"Nobody has told me about this extension offer yet. Besides, I try not to think about these things too much. I just want to play football."

Fernandes' apparent care-free attitude will likely stand him in good stead in the short term, but it will not be long before more and more top clubs are showing an interest in a player who looks to set to continue Sporting's great tradition of producing world-beating wingers.