The Egyptian star is yet to agree an extension to his deal at Anfield beyond the summer of 2023, with questions being asked of what his future holds

Mohamed Salah finds himself at the centre of a long-running saga regarding his future intentions at Liverpool, with the Egyptian’s agent doing little to curb the endless rounds of speculation with his activity on social media.

As things stand, a superstar performer at Anfield – one with 148 goals for the Reds to his name – is only tied to a contract through to the summer of 2023.

There has been plenty of discussion regarding fresh terms, as well as the player's salary demands, and no paperwork has been signed as yet to keep the rumour mill ticking over.

What has Salah's agent posted?

Ramy Abbas Issa is the man charged with the task of managing Salah’s career off the field.

He helped to thrash out fresh terms for his client on Merseyside back in 2018 after a 44-goal debut campaign saw a new fan favourite emerge at Anfield.

Issa has been involved in further discussions over recent months, but is yet to see an offer tabled that suits all parties.

He has now posted an image on social media that has got supporters around the world reading between the lines of what his message might be.

The image in question is clearly an old one, as Liverpool switched from New Balance to Nike as their kit manufacturer in 2020.

It is, therefore, not considered to be a hint that Salah has agreed the deal that Reds supporters are longing for.

Instead, plenty are suggesting that Issa is cryptically hinting at the terms currently on offer being considered laughable.

Maybe there is nothing to it and – with Salah currently away with his country at the Africa Cup of Nations – the representative of the global icon is merely looking to stir the pot before a more definitive announcement on future plans is made. 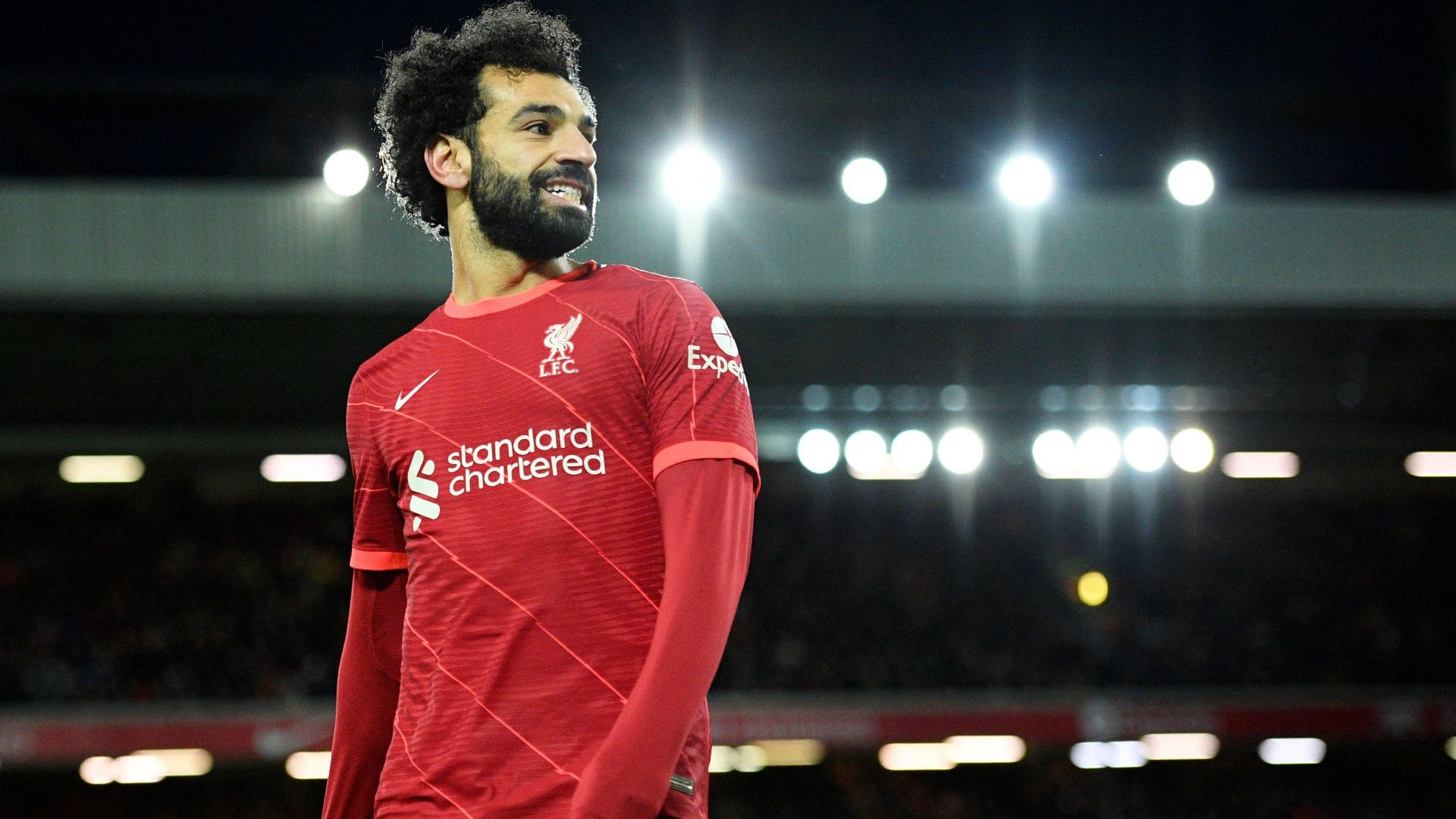 “If there is one thing Ramy Abbas Issa is good at, it’s getting Liverpool fans into a tizz with his tweets.

“As the agent of Mohamed Salah, the Reds’ best and most high-profile player, he knows that each word, or picture, or punctuation mark, of his will be scrutinised deeply for meaning, either hidden or otherwise.

“Remember the ‘full stop incident’ when Salah was substituted against Chelsea last March? Or when Abbas wrote ‘I hope they’re watching’ after Liverpool had beaten Norwich on the opening day of the season?

“‘Cryptic’ is how those tweets could best be described, and the same goes for today’s offering, a picture of Salah sat at a desk, laughing out loud, with Abbas checking his phone in the background.

“The picture is from a few years ago, so what does it mean? Many, understandably, have linked it to the Egyptian’s contract situation at Liverpool, which as yet remains unresolved.

“Is the idea that Salah is laughing at the Reds’ offer? We know that initial discussions have left the two parties some way apart in their valuation, despite what Jurgen Klopp described as “good conversations”.

“Salah, we know, wants a contract that would make him the highest-paid player in Anfield history, and which would put him among the top earners in the Premier League, if not the world.

“Fair enough, many would suggest, given his form over the past four-and-a-half years on Merseyside. But having entered the last 18 months of his current deal, and despite several public statements in which the 29-year-old has made clear his desire to stay, there has been no progress.

“And Klopp’s recent comments, in which he suggested there were “a lot of things to consider from the agent’s side”, are unlikely to have been missed by Abbas.

“Whatever the picture today is supposed to mean, one thing’s for sure; he’s achieved his aim. He’s got the world talking. Again.”