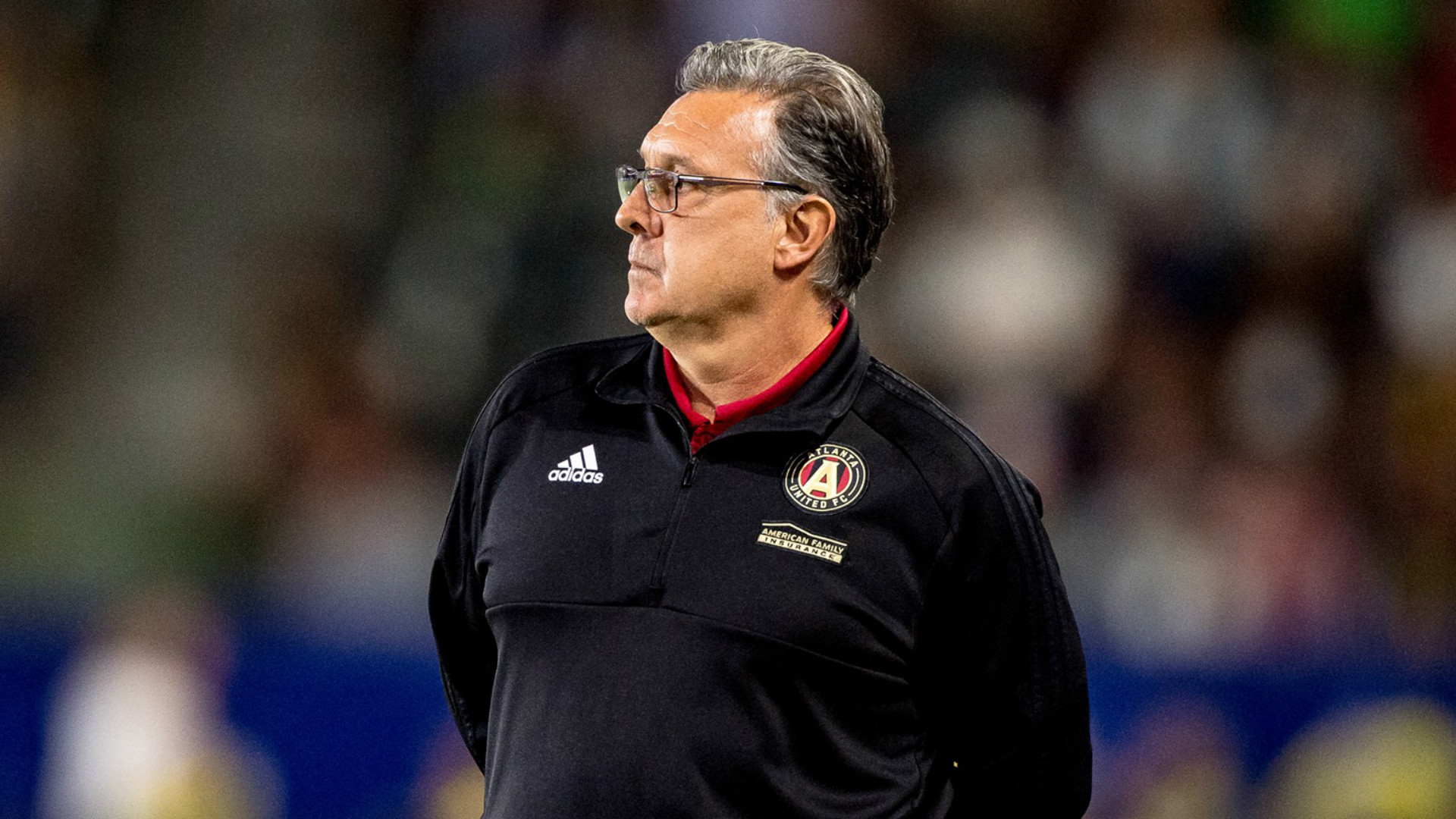 Few things will force a coach to adapt like a painful loss, and last year's knockout round elimination surely forced Atlanta United head coach Tata Martino to do some soul-searching heading into his second run at the MLS playoffs.

Before the 2017 playoffs began, Martino sounded like a confident, and borderline cocky, manager when asked by Goal whether he would have his team adapt its style to the rough and tumble world of the MLS postseason, where play becomes more physical and referees let a lot more go. Martino's response then was defiant, and ultimately proved to be stubborn.

"What has brought us to this point is playing a certain way, so I don't think we're going to have to change for the playoffs," Martino said back then. Three days later, heavily-favored Atlanta United was eliminated from the playoffs by the Columbus Crew.

Fast forward to a year later, and Atlanta United's return to the MLS playoffs saw a much different approach. Facing a tough and dangerous New York City side at Yankee Stadium, where NYCFC had lost just once all year, Atlanta United deployed a five-man defense to stifle NYCFC's high-flying attack, with defensive midfielder Eric Remedi assigned to pester and pummel Maxi Moralez. The approach was nothing like the attack-minded Atlanta United we had grown accustomed to seeing over the past two years, and signaled a clear tactical and philosophical adjustment by Martino.

It was clear to see that the Argentine manager had learned his lesson about the MLS playoffs, even if after the match he tried to act as if he hadn't changed his approach or view of how to handle the playoffs.

"You play the playoffs differently (than the regular season) in any part of the world,” Martino said when asked by Goal. “Look at the Copa Libertadores and see if they play the same there as compared to the first round or in the tournament. It’s clear that teams prioritize the need to avoid errors because if you lose a league game in Week 9 and then you win in 10, 11, and 12 then nothing happens, once again you're up in the standings.

“But here when you make a mistake and commit an error, you're eating nuts in your house.”

Last year, it was Atlanta United that was home snacking by the time the Eastern Conference semifinals rolled around, but Martino clearly learned a lesson and emphasized to his team that they would do what it took to advance, even if it meant approaching a match with a different strategy than they may be used to.

"I think we learned from last year. You have to adapt a little bit," Atlanta United captain Michael Parkhurst told Goal. "There's no points for playing pretty. You don't want to be too stubborn. You have to take what the game gives you. Of course we'd like to play a little bit more than we did, but nobody in this locker room is going to complain. We're happy with the result. We're happy with the performance. We understand that on our field, a bigger field, we want to play more, but we're happy we did what we did (on Sunday)."

Don't expect Atlanta United to maintain a defensive-minded approach throughout the playoffs, but the fact the Five Stripes can toss out another style and play it solidly bodes well for a successful journey to the MLS Cup final. The high-flying Atlanta United attack should be back on display in Sunday's second leg at Mercedes Benz Stadium, where NYCFC will be the one having to worry about striking a balance between throwing numbers forward and also protecting itself from being exposed by the likes of Miguel Almiron and Josef Martinez.

What is clear is the second leg will be a much more open match, which will be due in no small part to the fact Mercedes Benz Stadium is a significantly wider field, which means more room for attackers to run around, and more space for defenders to have to cover.

"Our field is just so much bigger," Parkhurst said. "It'll allow us and them to play a little bit more. They're going to have to attack a little bit, I'm sure they're not going to want to open up too much from the beginning. You saw tonight, we should have gotten a second goal, but that plays into our favor, especially if things are more open in the second leg."

Atlanta United will revert back to its open attacking style soon enough, but Sunday's performance against NYCFC showed the rest of the league that this year's version of the Five Stripes is better equipped for the postseason, and it has the lesson learned from 2017 to thank for that.