It’s been an eventful year for Victor Osimhen, having made the move from Lille to Napoli to become the Naples club’s most expensive signing and indeed Nigeria’s costliest.

While the excitement looked to fizzle out after his bright start, the turnaround in performances since March has been marked.

The forward deserves credit for the reversal in fortunes after a troubled time in which a dislocated shoulder sustained on Super Eagles duty in November and contracting coronavirus in the New Year threatened to dismiss his first year as disappointing.

Before the penultimate month of 2020, the centre-forward’s showings for the Azzurri prompted Goal to predict Gennaro Gattuso’s team could have a say in the Scudetto race.

Admittedly, goals were at a premium for the young forward (he scored two goals in six before his layoff) but his pace, movement and budding understanding with teammates suggested he was going to trouble Serie A defences.

His struggles post-coronavirus saw him overlooked in some big games with Gattuso utilising Dries Mertens in a central striking role, but there was always a feeling the Nigerian would reclaim his spot once he returned to full fitness. 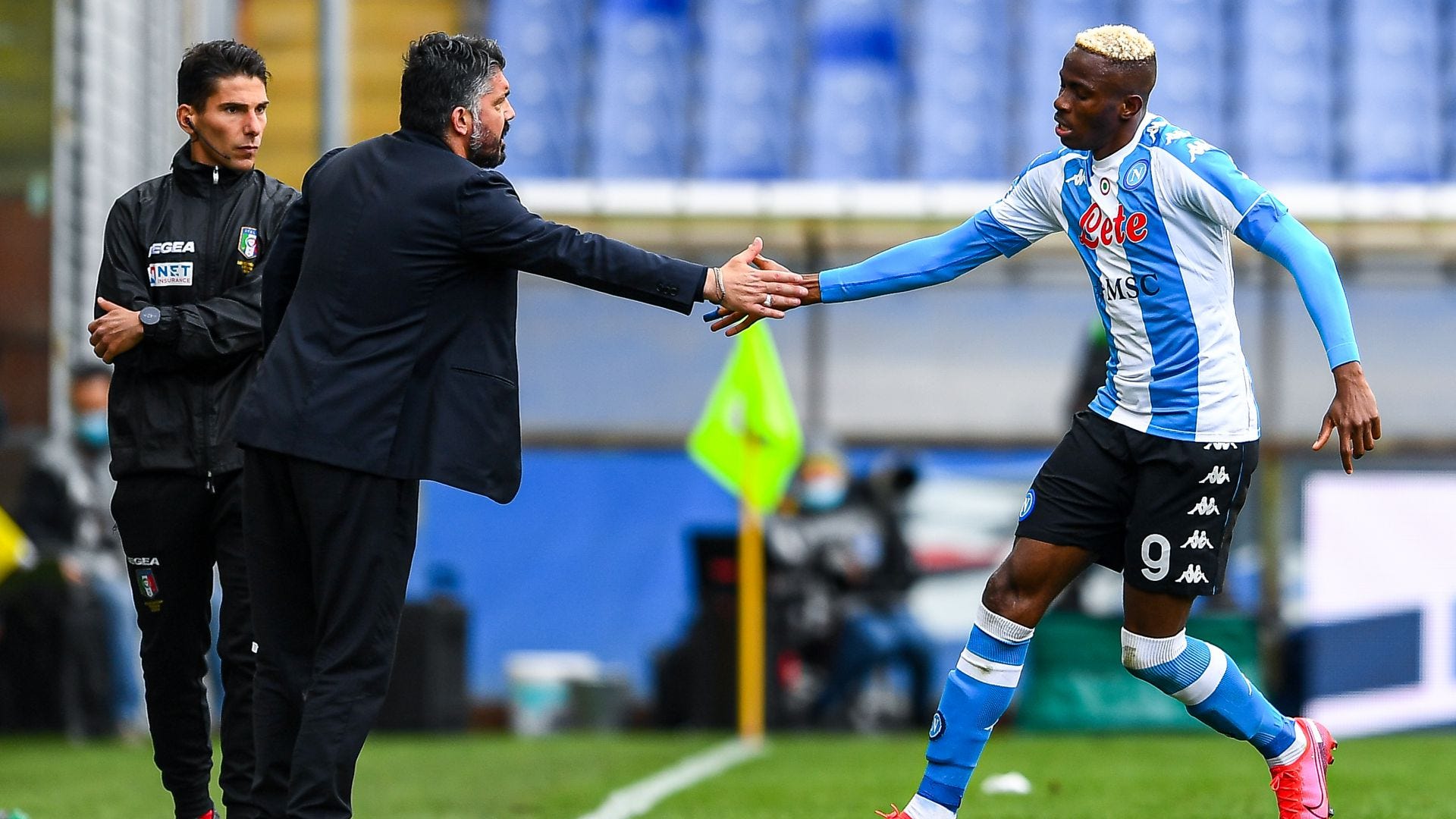 “It's not easy to be at the top after 94 days off,” the Napoli boss said after the club’s Coppa Italia elimination by Atalanta in February. “He's still missing the sprint, his main skill, but he's progressing gradually. He can do much more.”

It took another month or thereabouts, but the international break with Nigeria turned out to be invigorating for the striker, who’s since found the back of the net eight times in 11 games for club and country since scoring vs Lesotho on March 30.

His strong finish to the campaign is already eliciting excitement for what’s to come in 2021/22, but are observers seeing the whole picture with trouble seemingly looming in Naples?

Gattuso’s future has been questioned since the turn of the year and there’s an expectation that the former AC Milan boss will depart at the end of the season.

The relationship between manager and club began to sour in early 2021 when he appeared to criticise Azzurri president Aurelio De Laurentiis for what he considered a lack of protection and unfavourable working conditions. 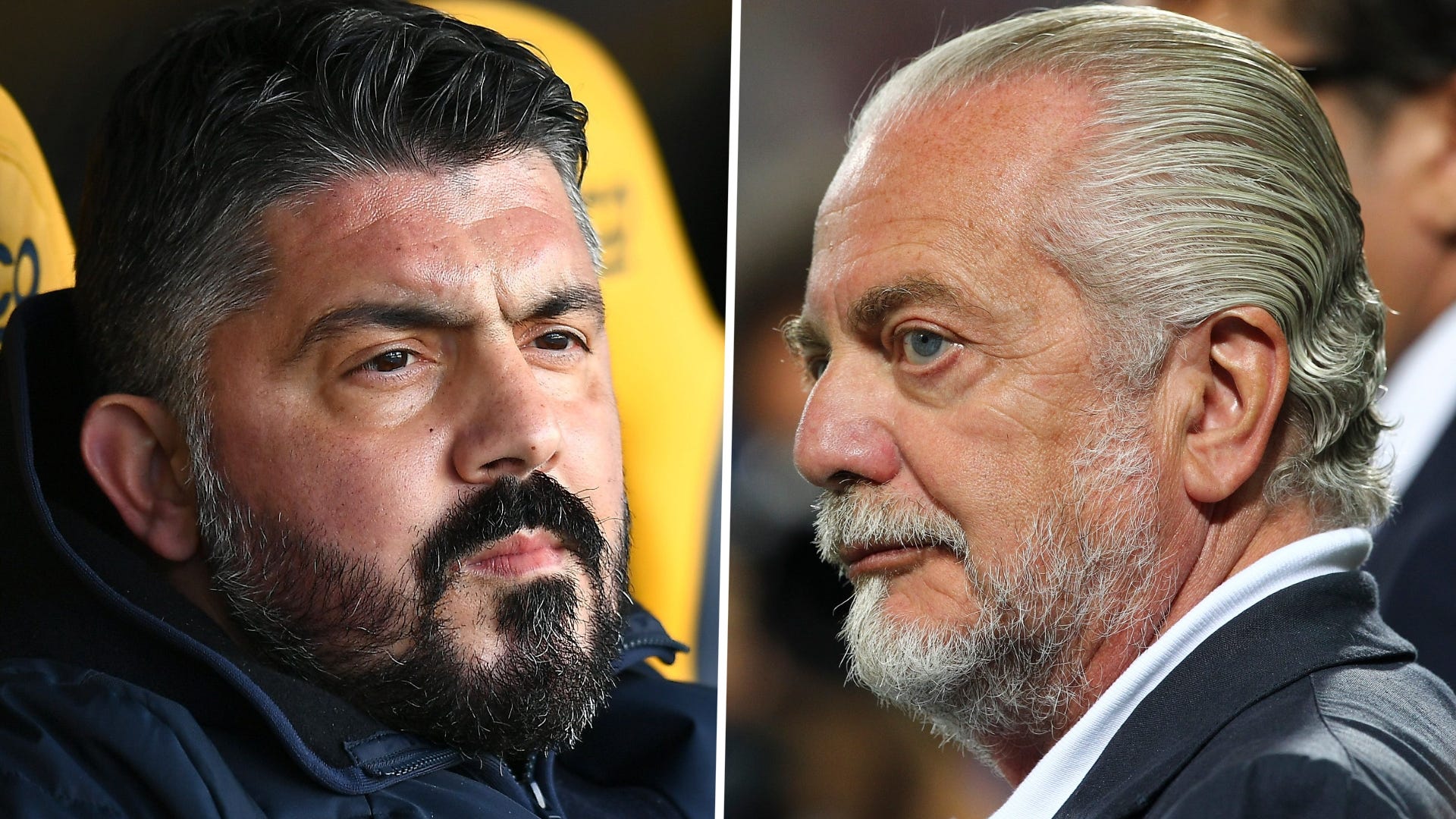 “My relationship with the president [De Laurentiis] has always been good, but I can’t deny that after the last 15-20 days there’s a bit of disappointment on my end,” Gattuso told Sky Sport after a 2-0 win over Parma in late January. "I have great respect for him, but I just think the situation has been handled badly, that’s all I’m saying.

“I’ve been taking hits left right and centre here every day, as if we were second to last in the table. I don’t read any of it because I don’t want it to hurt me. I have to keep working, but then if I lose two games suddenly my job is on the line again. I don’t think you can work under those conditions.

Has Victor Osimhen's maiden season at Napoli been a success?

“I’ve had some strong comments directed at me from people who’ve been working here for many years, they’re uncalled for and I can’t accept them.”

Gattuso’s position in Naples looked to be untenable and there were soon widespread rumours he was going to be fired if the club were eliminated by Atalanta in the Coppa Italia and beaten by Juventus the following weekend.

A solid, if unspectacular 1-0 success over the Old Lady preserved the Napoli boss’ job, but it appears the 43-year-old would depart regardless of the team’s return to form since late February. They’ve secured 36 points from 15 games, winning 11 and losing once following a wretched run of six league defeats in 12 from mid-December to that 4-2 hammering by Atalanta on February 21. 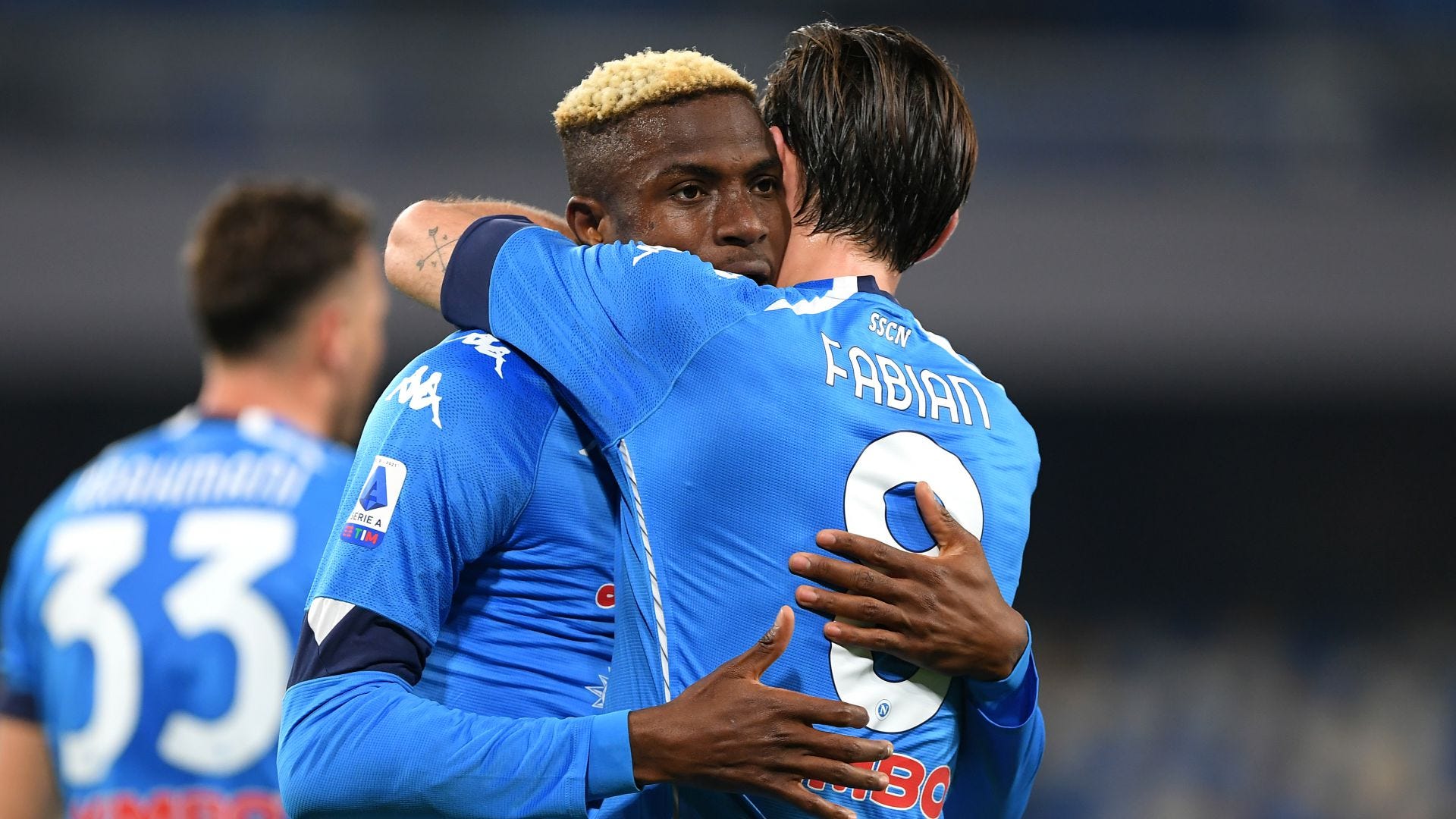 A media moratorium enforced by De Laurentiis after a damaging defeat in Bergamo means Gattuso’s decision remains unknown, but there’s a sense the line has been crossed.

This leaves Osimhen in a situation where he could enter next season without the man whose support and belief has been noticeable in a problematic maiden campaign in Italian football. So many of the Nigerian’s goals have seen him sprint to the touchline to acknowledge the Napoli boss, yet this relationship could be severed in the coming weeks.

Additionally, the rumoured departure of Lorenzo Insigne — with whom the striker shares a strong on-pitch relationship — has gained traction in the last week or thereabouts. The Napoli captain’s current deal runs out in June 2022 and he’s yet to accept new terms, prompting doubts over the future of a player who’s been at the club nearly all of his professional career.

Without a doubt, this summer will be pivotal for the Azzurri with their current head coach likely to depart and their esteemed captain’s future up in the air.

Such upheaval will affect everyone concerned, Osimhen inclusive, and the forward faces the possibility of starting from scratch under a new manager in a rejigged frontline next season.