The 31-year-old was touted as a future star of American soccer but he failed to live up to the hype, instead becoming one of the game's great enigmas

In June of this year, while trialling and training with various clubs as a free agent, Mix Diskerud wrote on Twitter: "In Poland now. Most likely Cyprus, China, Russia, Greece or Mexico next."

That short statement sums up the nomadic, eccentric career of one of the most unusual footballers of modern times, a player previously touted as the next big thing for the United States men's national team but ultimately became an enigma.

Even his nickname is shrouded in uncertainty.

Mikkel came to be known as 'Mix' either because he used to run around the house as fast as a Mixmaster blender or perhaps, more prosaically. because there was another Mikkel in his youth team. It could even be because he was born in Oslo to the mixed heritage of an American mother and Norwegian father.

What we do know for sure is that Diskerud began his professional soccer career with Eliteserien side Stabaek, scoring on his senior debut as an 18-year-old.

As happens with many talented young American players, the hype quickly began to build and, after six years in Norway with Stabaek and Rosenborg – plus a brief loan stint in Belgium with Genk – the midfielder moved across the Atlantic Ocean to join New York City FC.

Diskerud himself may well have had reservations about an MLS transfer, having turned down a switch to Portland Timbers a couple of years earlier because of his issues with the league's centralised contractual set-up.

"In MLS, you have a group of owners that collectively have ruled it unacceptable for example for people like me to join one specific MLS team only, and with a right to continue a career in Europe after let's say three years depending on the player's choice," Diskerud told Goal.

"I, for sure, want much more to belong to a team and a city than to be 'owned' by a league."

Still, once in New York, Diskerud began brightly, scoring NYCFC's first MLS goal in their inaugural match, a draw with Orlando City. Unfortunately for him, it was virtually all downhill from there. 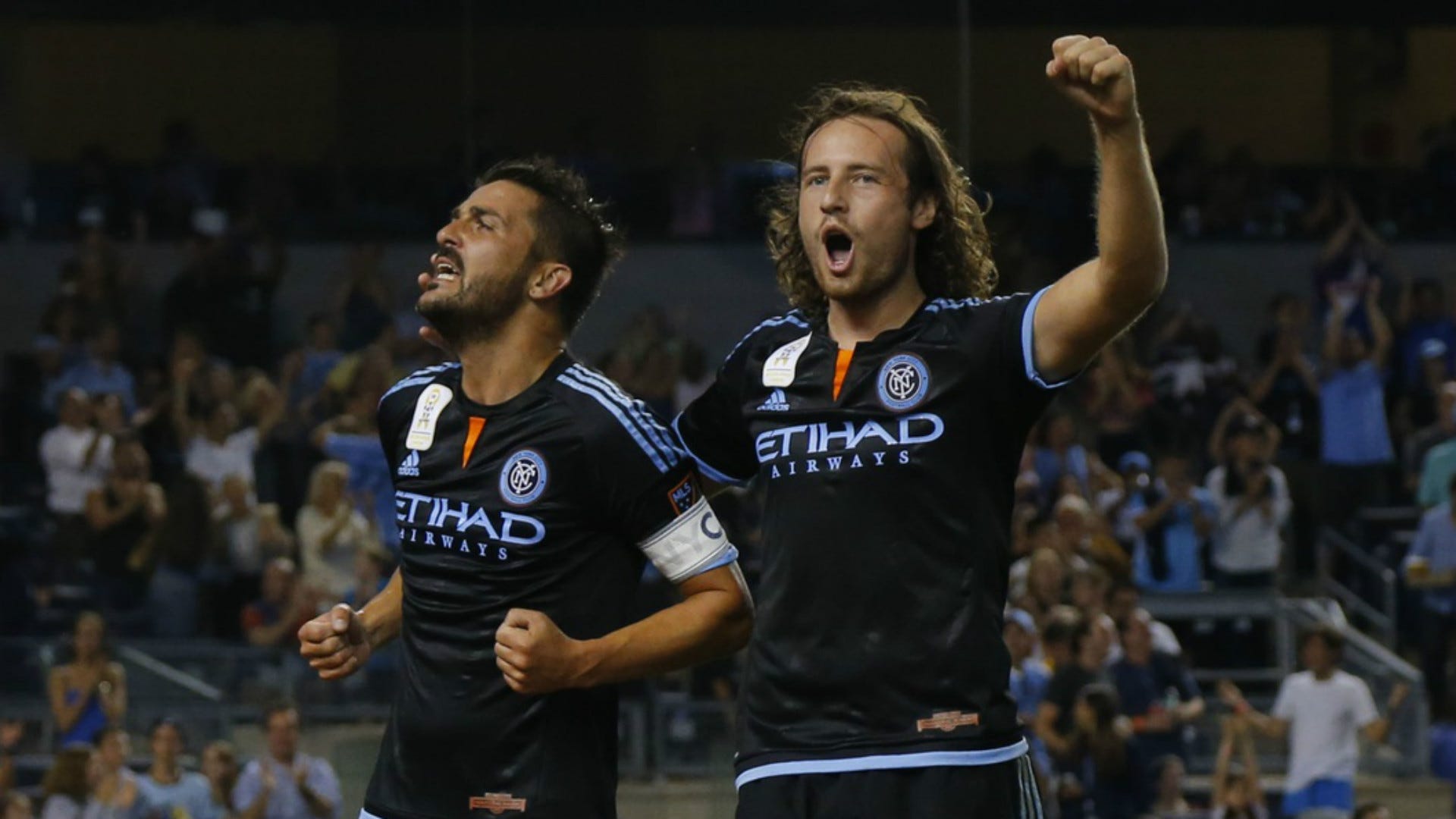 Diskerud was in and out of the starting line-up, particularly following the arrival of Patrick Vieira as manager. Even when he did feature under the Frenchman, he was often deployed out of position on the wing to make room for bigger names such as Frank Lampard.

While Diskerud has been commended for his versatility throughout his career – he once joked that the only thing he hasn't done is play in goal – he has always been at his best in the engine room,  making driving runs from deep, breaking up opposition play and starting attacks.

That is what fans, pundits and even fellow players were expecting to see from him in New York, so when he failed to deliver, the disappointment was palpable.

In 2016, having been unable to inspire well-backed NYCFC to immediate success, he topped an anonymous ESPN poll of MLS players on the most overrated footballers in the league – although he laughed it off, quipping: “If I’m going to answer that, I’d like to answer it anonymously as well."

Diskerud has always been good for a quote, never afraid to voice opinions on more complex topics around soccer, including politics, the US soccer equal pay row, and the European Super League (ESL).

The most striking example of his willingness to speak out came towards the end of his days with NYCFC, when he responded to the club's attempts to flog him off with a poem posted to Instagram which included implicit criticism of the club.

Somebody told me I'm not part of a plan
and if he was I – he'd run like the others ran
'cause the budget is tight
and binding contracts might
be broken, to improve 5-6 positions – in exchange for only one man.

Diskerud's underwhelming spell in MLS also had a terminal effect on his international career. He played for Norway Under-19s before being persuaded to switch to the US, and won 38 senior USMNT caps, with the majority of these coming while he was playing in Europe.

He was part of the squads which won the 2013 Gold Cup, and travelled to the World Cup in 2014, although he did not play a minute of the latter tournament.

His last call-up came in 2016 while with NYCFC, and although he told the MLS website in 2020 that he "would give every limb on his body for the USMNT", a recall appears unlikely.

Delighted to report the news that @MixDiskerud will further be cementing his relationship with Umbro in our hometown, as he proudly continues his footballing development with a 4,5y Manchester City FC contract. (1/3) pic.twitter.com/JEYJdjoTPZ

It appeared the main chapters of Diskerud's career had already been written by this point but, in January 2018, he signed a four-and-a-half year contract with Manchester City. A stunning dream move, a football fairy tale? In reality, it was all about money.

Man City signing Diskerud enabled NYCFC, a member of the City Football Group, to reduce their wage bill. Man City could then sell the player for a profit using the kudos of him being attached to the bigger-name club. His move wasn't even officially announced by the Citizens, but rather his sponsor, Umbro.

He never came close to the City first team, going on loan to Swedish side IFK Gothenburg just 19 days after moving to Manchester, a move which was followed by two temporary switches, first to Ulsan Hyundai in South Korea, and then back to Scandinavia with Helsingborg.

There were some flashes of brilliance, such as a back-heeled goal for Ulsan, but there were also more off-the-field moments you would not readily associate with a footballer.

He made a particularly bad first impression in Helsingborg, where, after the Swedish side lost 3-0 to local rivals Varbergs in their first game of the season – before Diskerud had even made his debut – he joked on Twitter that "one positive thing is that three points went to the team from the west coast".

It provoked the ire of fans and even his own club chairman, forcing Diskerud into a public apology.

He was eventually sold on by Man City to Turkish club Denzilispor for an undisclosed fee in January 2021 and now his nomadic career has taken him to Cyprus with Omonia Nicosia.

Remarkably, he is still only 31, meaning he there is still time for him to play in a few more countries, and add a few more chapters to this bizarre tale.