The Blaugrana supremo admits that efforts were made to return a Brazilian superstar to Camp Nou, while a hot prospect will not be sold

Barcelona president Joan Laporta has admitted that efforts were made to take Neymar back to Camp Nou when he returned to office in Catalunya, with the Paris Saint-Germain forward making it clear that he "wanted to come".

Ever since the Brazil international left La Liga giants for Ligue 1 heavyweights as part of a record-breaking €222 million (£195m/$240m) transfer package in 2017, a return to Spanish soil has been speculated on.

Neymar was said to be keen on reuniting with Lionel Messi - which has subsequently happened in France - and Barca left a door open for a familiar face prior to him signing a new contract at Parc des Princes.

Laporta, who was voted in as Barca president for a second time in March, has told Esport3 when asked if sights were set on a South American superstar when he returned to Camp Nou as successor to Josep Maria Bartomeu: "Yes, we tried to sign Neymar again.

"He contacted us and wanted to come."

Neymar eventually committed to a new contract at PSG in May, with that deal set to keep him in the French capital until the summer of 2025.

What about Ansu Fati's future? 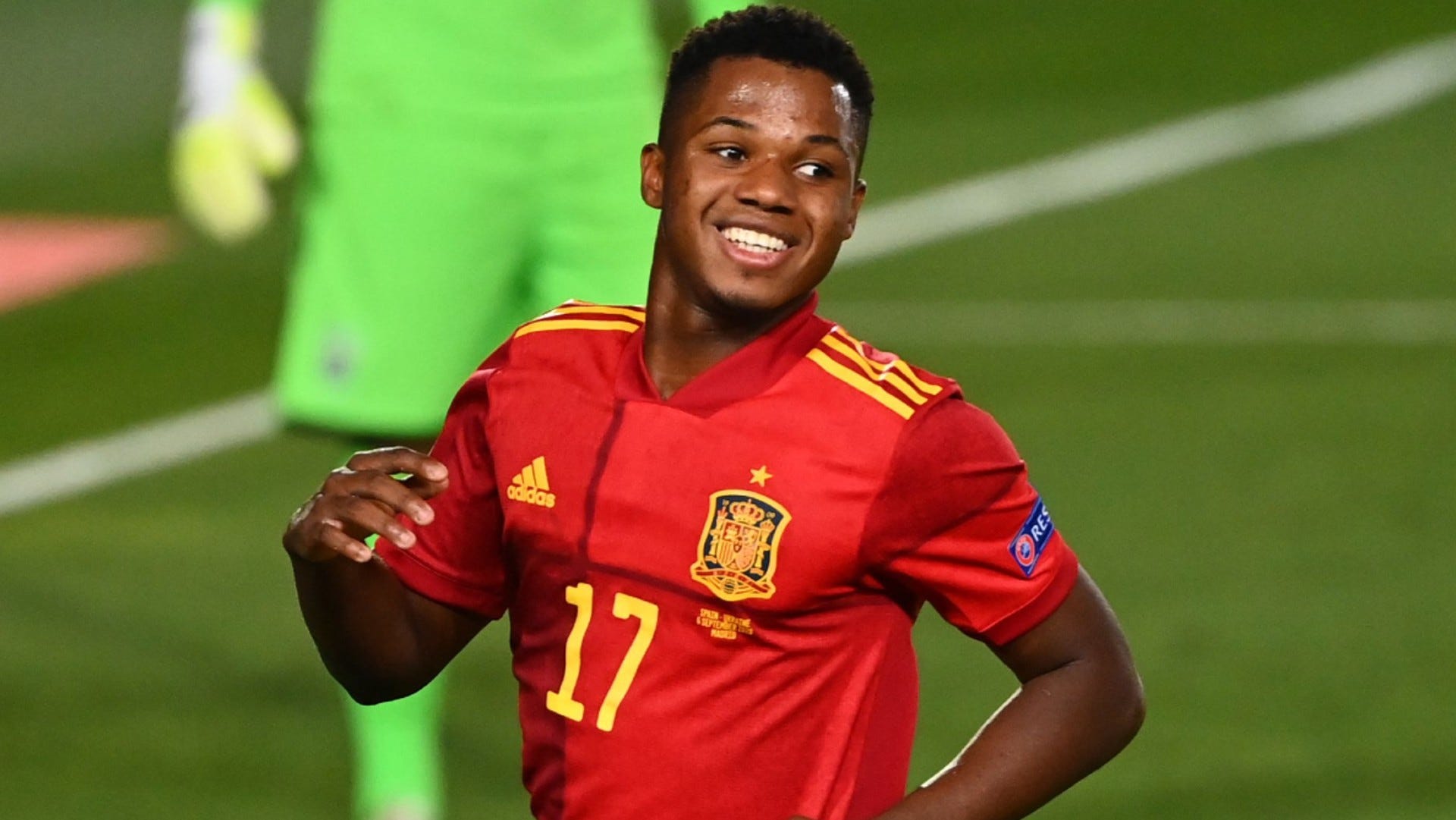 While Neymar never returned and Messi has left Barcelona during a summer of serious cost-cutting, Laporta is not prepared to part with other prized assets.

Antoine Griezmann is another that has been allowed to move on, with the French forward heading back to Atletico Madrid, but the Blaugrana have high hopes for La Masia graduate Ansu Fati.

The 18-year-old suffered serious injury problems last season, but he is back now and has inherited the famous No.10 jersey that Messi vacated upon his departure.

Laporta insists the highly-rated Spain international will not be offloaded any time soon, with there no substance to reports suggesting that he could be used to free up more funds.

"These are lies. Never," Laporta added.

"Ansu has been brave, he has accepted to wear the number 10 shirt."

With books being balanced in Catalunya, the hope is that Barca will soon be able to turn their attention back to bringing top talents onto their books.

Laporta is confident that will be the case, with the plan being to dip into the transfer market during 2022 for players that can take an ambitious outfit back to the top of domestic and continental games.

"Next year we will be able to sign more normally and have more ambitious goals," Laporta added, with Barca already one of the clubs said to be keeping a close eye on Erling Haaland's situation at Borussia Dortmund.