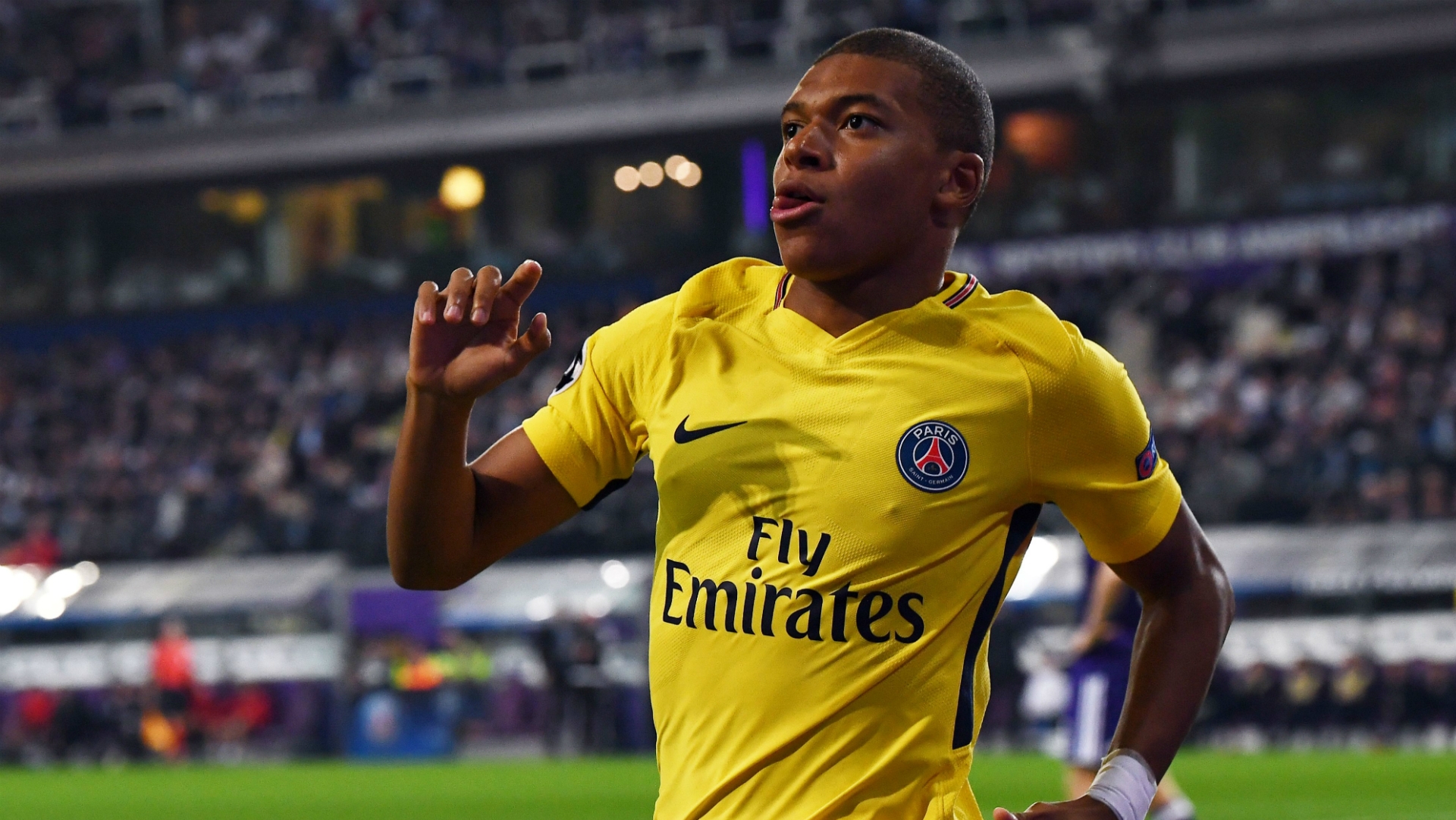 Kylian Mbappe has won the prestigious Golden Boy award for the best player in Europe under the age of 21.

The PSG striker, who has scored four goals and provided four assists in 11 games for the club this season, burst onto the world stage with Monaco last season and is now flourishing in the French capital, having formed a terrifying partnership with Brazilian Neymar.

The 18-year-old, who has already won eight France caps, is currently on loan at Parc des Princes, and will officially join the club on a permanent basis next season, for a fee of €180 million.

Mbappe wins the award ahead of the likes of Manchester City's Gabriel Jesus, Barcelona's Ousmane Dembele and Milan's Gianluigi Donnarumma, and joins a list of illustrious previous winners, including Lionel Messi, Paul Pogba and Isco.

The prize is voted on by journalists from across the world, with Italian newspaper Tuttosport confirming the winner on Monday.

Mbappe won with 291 votes, ahead of second-placed Dembele by some distance - the Barcelona star earned 149 votes. There has been some confusion over third and fourth place, however, with Marcus Rashford seemingly beating Gabriel Jesus into third.

Tuttosport confirmed the top three earlier this week, however, with Jesus joining Mbappe and Dembele and Rashford nowhere to be seen, though Monday's edition claims the Manchester United striker received 76 votes, with Jesus claiming just 72.

Donnarumma comes in fifth, ahead of Borussia Dortmund's Christian Pulisic in sixth, Ajax's Kasper Dolberg in seventh and Celta Vigo's Emre Mor in eighth. Federico Chiesa, of Fiorentina, and Juventus' Rodrigo Bentancur round off the top 10.