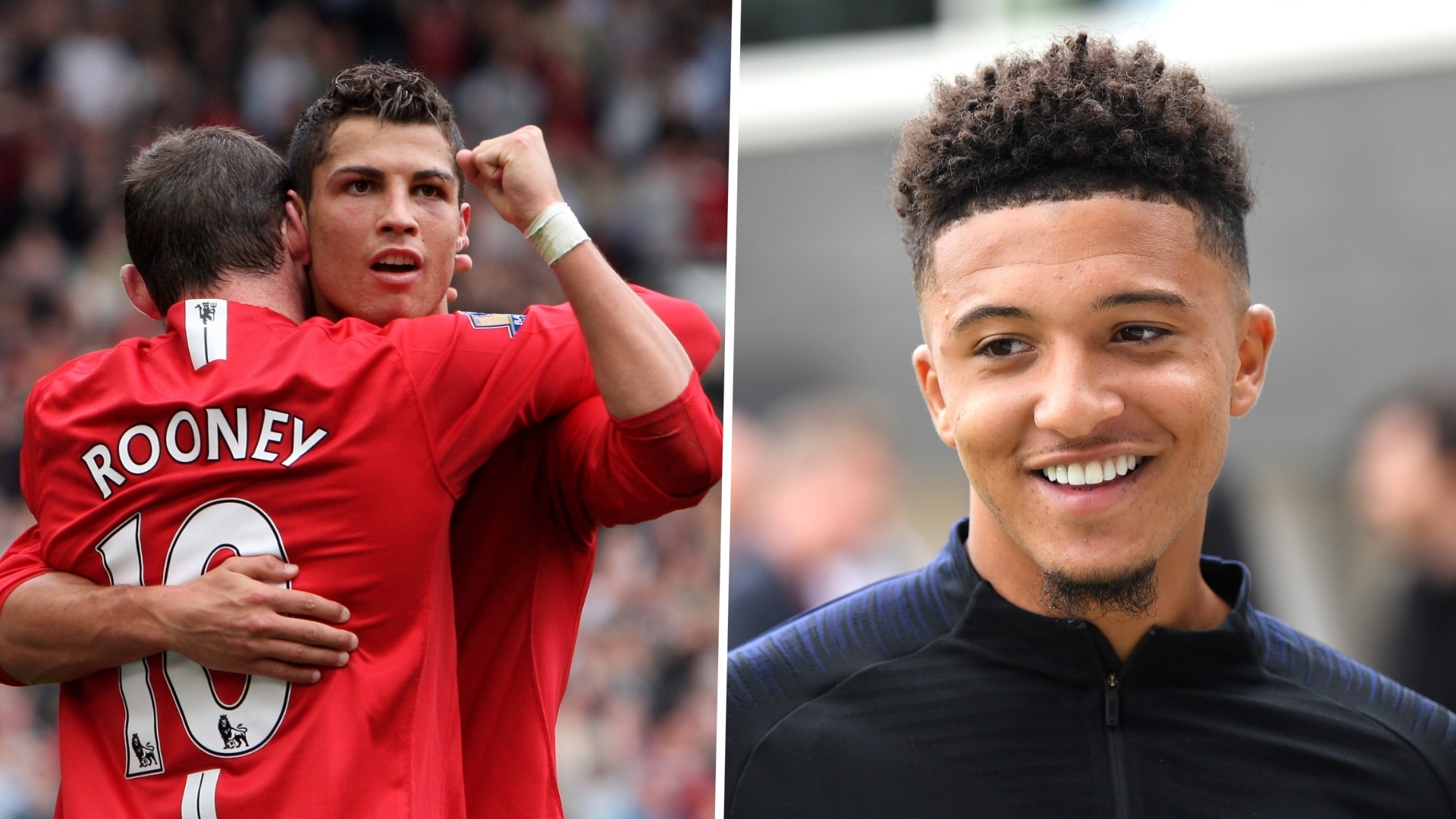 Jadon Sancho has identified Cristiano Ronaldo as the Manchester United icon who has had the biggest influence on his playing style.

Sancho completed a move to Old Trafford from Borussia Dortmund on Friday in a deal worth £73 million ($101m).

The move sees the 21-year-old follow in the path of two of his idols, including the Juventus and Portugal star as well as ex-England striker Wayne Rooney.

Asked who his childhood heroes were in his first interview since joining the Red Devils, Sancho told the club's official website: "Ronaldinho and obviously Wayne Rooney for England – those two are very iconic and great role models.

"I feel like everyone’s different and I feel like I’ve got different attributes to all the other players, but obviously Cristiano Ronaldo and what he’s done in his career is a fantastic thing.

"Where he started at Sporting and then he came to Manchester so it’s always good to see that all these iconic players have come through an iconic club."

The winger was also influenced by cage football in the FIFA Street video game after seeing Brazil and Barcelona icon Ronaldinho pull off tricks in the adverts.

"It was definitely cage football – all of that kind of FIFA Street, so when we saw the Ronaldinho adverts of him nutmegging people that’s what we tried to do."