The 16-year-old has impressed during his debut season at Birmingham City, leading to interest from the 20-time English champions

Jude Bellingham has goalscoring in his blood.

His father, Mark, played non-league football in England as a striker for 15 years. The part-time goalscorer, full-time police sergeant claims he found the net on around 700 occasions in his career of 850 appearances.

An impressive feat, but his eldest son is well on the way to a far more special footballing life.

At just 16, Bellingham junior has emerged as a target for Manchester United, with the biggest club in the land reportedly willing to part with £30 million ($39.4m) to bring the teenager to Old Trafford.

Whether it is a deal that will go through in January or waits until the summer, it is clear Bellingham is impressing people in the right places with his performances for Birmingham City.

Born in Stourbridge, Bellingham joined Birmingham’s academy around the age of eight and immediately started working his way through the various age-group teams.

By the time he turned 15 he began to be involved with the club’s U23 side, making his debut in October 2018 against Nottingham Forest. He needed just 27 minutes on the pitch to make his mark after being brought on as a substitute, scoring the only goal of the game three minutes from the end with a close-range finish.

From there he continued his development, adding a further two goals in nine appearances for the U23s before being named in manager Garry Monk’s travelling squad for the first-team’s derby clash with Midlands rivals West Brom in March 2019.

Though Bellingham did not make it into the final matchday squad, the promotion was further proof that those at St Andrews believed that he was close to breaking through into the senior ranks. 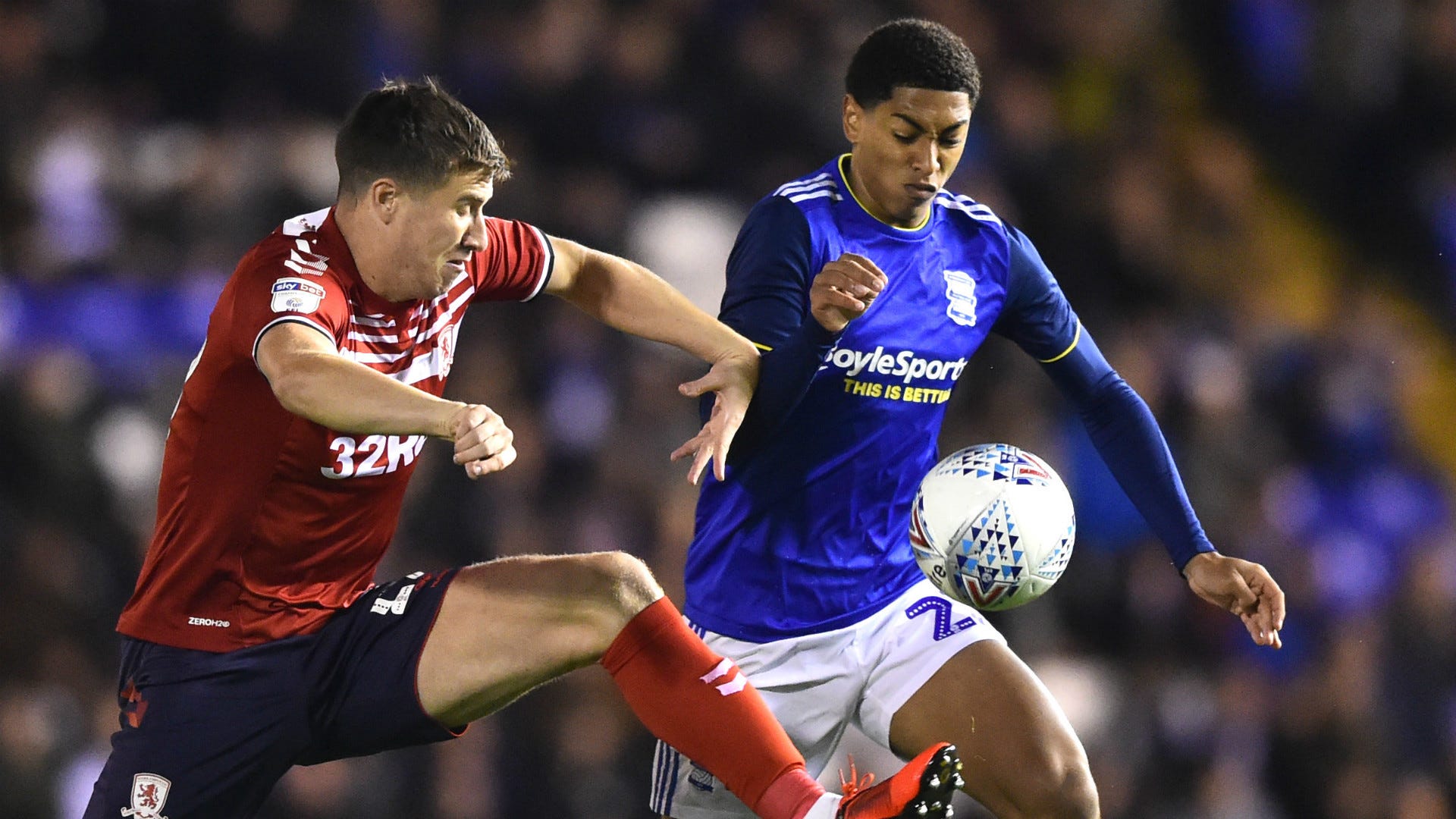 Monk was sacked by Birmingham in the summer of 2019, with the club claiming that the former Leeds United manager was using his position to sign players represented by James Featherstone, who also acted as Monk’s agent.

It was also suggested by Birmingham CEO Xuandong Ren that Monk was attempting to pair Featherstone up with some of the club’s best young players, namely Bellingham.

“He is the most rated player in the age group,” Ren told the Daily Mail . “He is the captain of the England U16s and will be wanted by clubs all over the world. Scouts from all over the world come to watch him play. I could go on all day with this but I feel I must defend my club and my chairman over this.”

Despite Monk’s departure, the appointment of his assistant, Pep Clotet, as his successor meant that Bellingham’s path to the first-team was far from cut off, and the teenager joined the senior squad on their pre-season trip to Portugal having signed a two-year scholarship contract that sees him earn just £145 ($190) a week.

Impressive performances both abroad and upon Birmingham’s return to the UK in the build-up to the campaign saw him handed the No.22 shirt for the 2019-20 campaign, and he was soon wearing it out on the pitch as he became the clubs’ youngest ever player at 16 years and 38 days, having been named in the starting XI to face Portsmouth in the Carabao Cup on August 6. The Blues were beaten 3-0 by their League One opposition, but local media rated Bellingham as man of the match for his display on the right side of midfield.

Bellingham would have to wait until August 25 for his first taste of Championship football as he came off the bench in the closing stages of their defeat to Swansea City. Six days later he again came on, this time against Stoke City, and scored the winning goal in a 2-1 come-from-behind win, becoming Birmingham’s youngest goalscorer in the process.

The club’s next game at Charlton Athletic marked Bellingham’s first senior start. He again scored the winner, this time in a 1-0 victory, after being deployed on the left side. He has not looked back, with Bellingham having now started 18 of Birmingham’s 29 league games this season, contributing four goals. 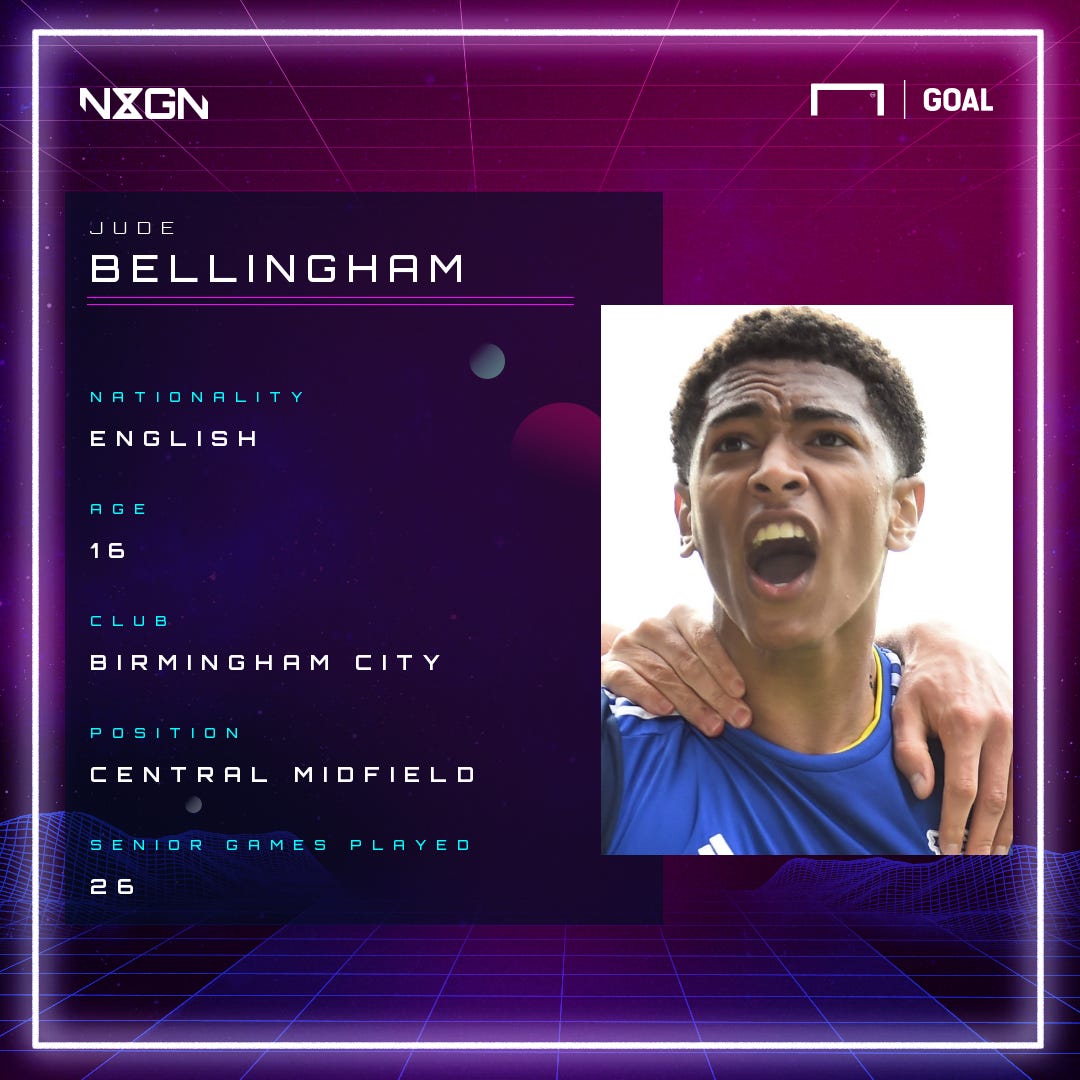 “What I have seen in Jude is that the more games that he has played the more difficult it has become for me to see a ceiling in his performances,” Clotet told Sky Sports in December. “I just get the feeling that he is getting better and better.

Clotet has predominantly used Bellingham as a central midfielder – his most natural position – after his early forays on the wings, though the youngster is comfortable anywhere across midfield. He was also played as a central striker in December’s win over Reading, but his energetic game is far more suited for going box-to-box rather than remaining in one third of the pitch.

Not shy of making a tackle, Bellingham already has all the physical attributes in terms of his size to impose himself on a game. He, of course, lacks the experience, but it is clear why a club like United, with such a shortage of high-quality midfielders, are interested.

Quite whether he can fill the Paul Pogba-shaped hole at Old Trafford should the World Cup winner depart is up for question, but he certainly possesses a similar amount of ability as the Frenchman was showing at a young age. A fee of around £30m may seem expensive now, but if Bellingham comes through on his potential, it will likely be seen as a snip in years to come.