Whether it is a blessing or a curse, every young Portuguese attacking player who looks to have that something special is going to be compared to Cristiano Ronaldo for the foreseeable future.

Joao Felix is the latest poster boy being hailed as the ‘next CR7’, even if his profile as a player is far more similar to that of Ronaldo’s great personal rival, Lionel Messi, than the Juventus forward.

There is another, though, who has the potential to replace the goals scored by Ronaldo for the reigning European champions, and he is already making waves in his homeland.

At 17, Fabio Silva has broken countless records for Porto, with his goalscoring prowess clear for all onlookers to see. Ronaldo’s heir might be about to truly arrive.

The son of Jorge Silva, who won the Primeira Liga title with Boavista in 2001, Fabio began his footballing education with local side Uniao Nogueirense before switching to hometown club Gondomar along with his older brother, Jorge.

“It was noted that there was something special, especially in relation to the ball,” Pedro Fonseca, who coached Silva at the age of six, told Mais Futebol. “But he had a difficulty in that he hated to lose. He punished himself when he lost.

“Sometimes we did natural technique exercises at those ages, and he got bored. Why? It was easy for him to do them.”

By the age of eight, Silva had been snapped up by Porto, with his brother also joining the Dragoes, and it was clear that he had something special even among other talented children.

“Fabio was already advanced, at least that's what we detected,” Marc Vieira, who coached Silva during his first three years at Porto, told Mais Futebol.

“He always played above his age because he had the characteristics for it. He scored many goals and had an agility typical of the strikers. He had a lot of technique and an ease to finish in many ways even though he was a little boy.

"He had the typical calmness of a striker to receive the ball in the area and finish. There seemed no time left, but he could do it.” 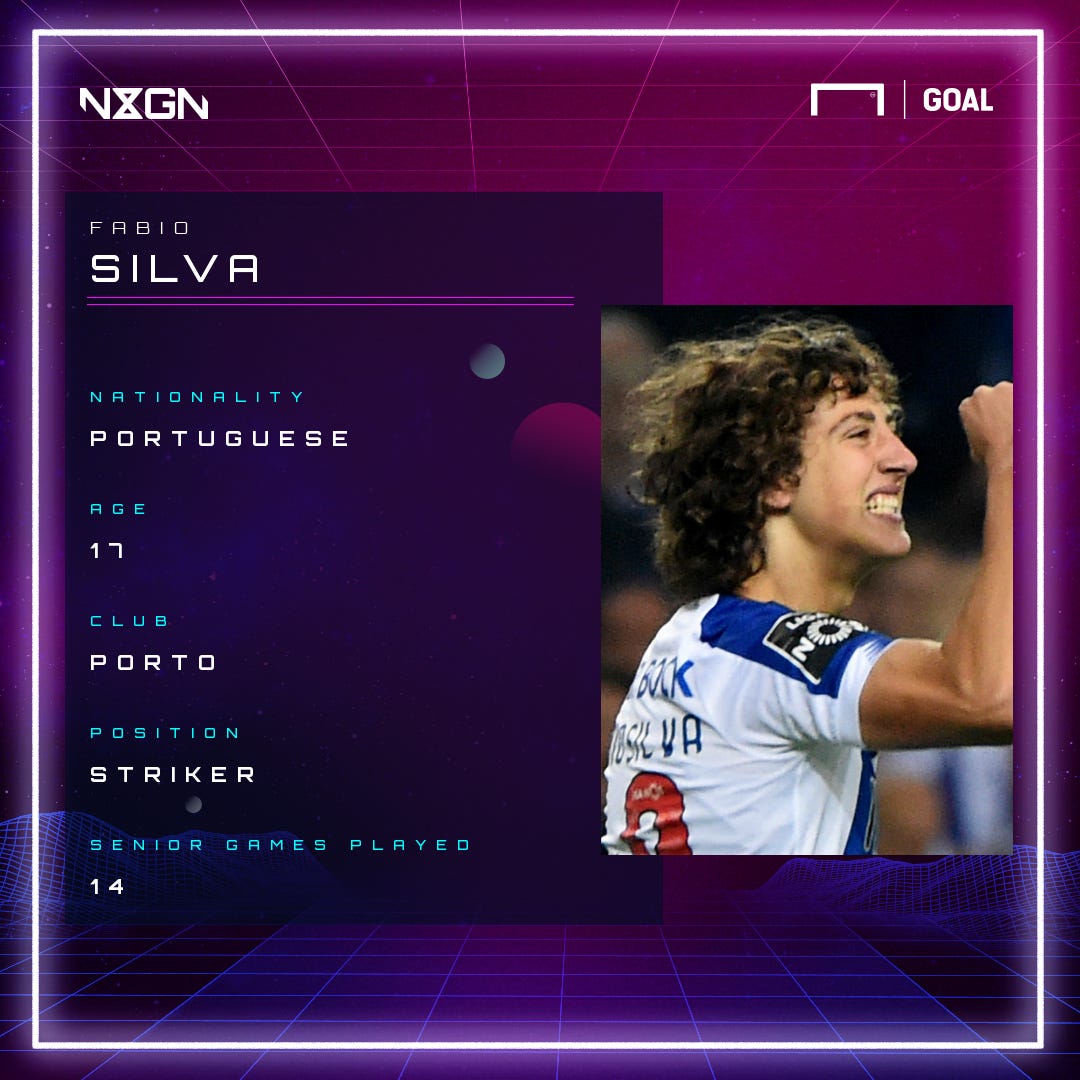 Silva spent five years at Porto before moving across the country to Lisbon after his brother was offered a place in Benfica’s academy. Fabio, too, joined the capital club, but their association lasted just two years, with Jorge moved on to Lazio in the summer of 2017.

The younger Silva had offers from Liverpool and Manchester City when it became clear he was keen to leave Benfica, but Porto – who learned of his discontent from his team-mates in Portugal’s youth teams – were so sure of his talent that they did everything they could to persuade him to return.

Jose Tavares, the club’s former academy manager, even travelled to meet Silva and his family as they holidayed in the Algarve in a bid to convince the teenager to return.

In reality, Silva always had his heart set on heading back to Porto, and he picked up right where he left off. By the summer of 2018, the first comparisons to a certain five-time Champions League winner were made publicly.

“When Ronaldo was 17, he played as a centre-forward for Sporting's youth teams. I saw him doing things that I'm now seeing a boy from Porto do, Fabio Silva,” were the words of Sporting C.P. legend Manuel Fernandes when speaking to SIC Noticias ahead of the World Cup in Russia.

“He will be a hell of a player. In a short time, he will be an extraordinary striker.”

Spurred on by such praise, Silva - who has previously admitted that he models his game more on the likes of Mauro Icardi and Edinson Cavani rather than Ronaldo - did not stop scoring during the 2018-19 campaign, finding the net 33 times in 39 appearances as Porto’s Under-19s side won both the domestic title and the UEFA Youth League.

He was first called up to train with Sergio Conceicao’s first team in February, but was not given the opportunity to make his senior debut until the current campaign. He has wasted little time, however, in yet again proving his credentials.

Silva stepped off the bench for the final 11 minutes of Porto’s opening-day defeat to Gil Vicente to, at the age of 17 years and 22 days, become the club’s youngest ever player. 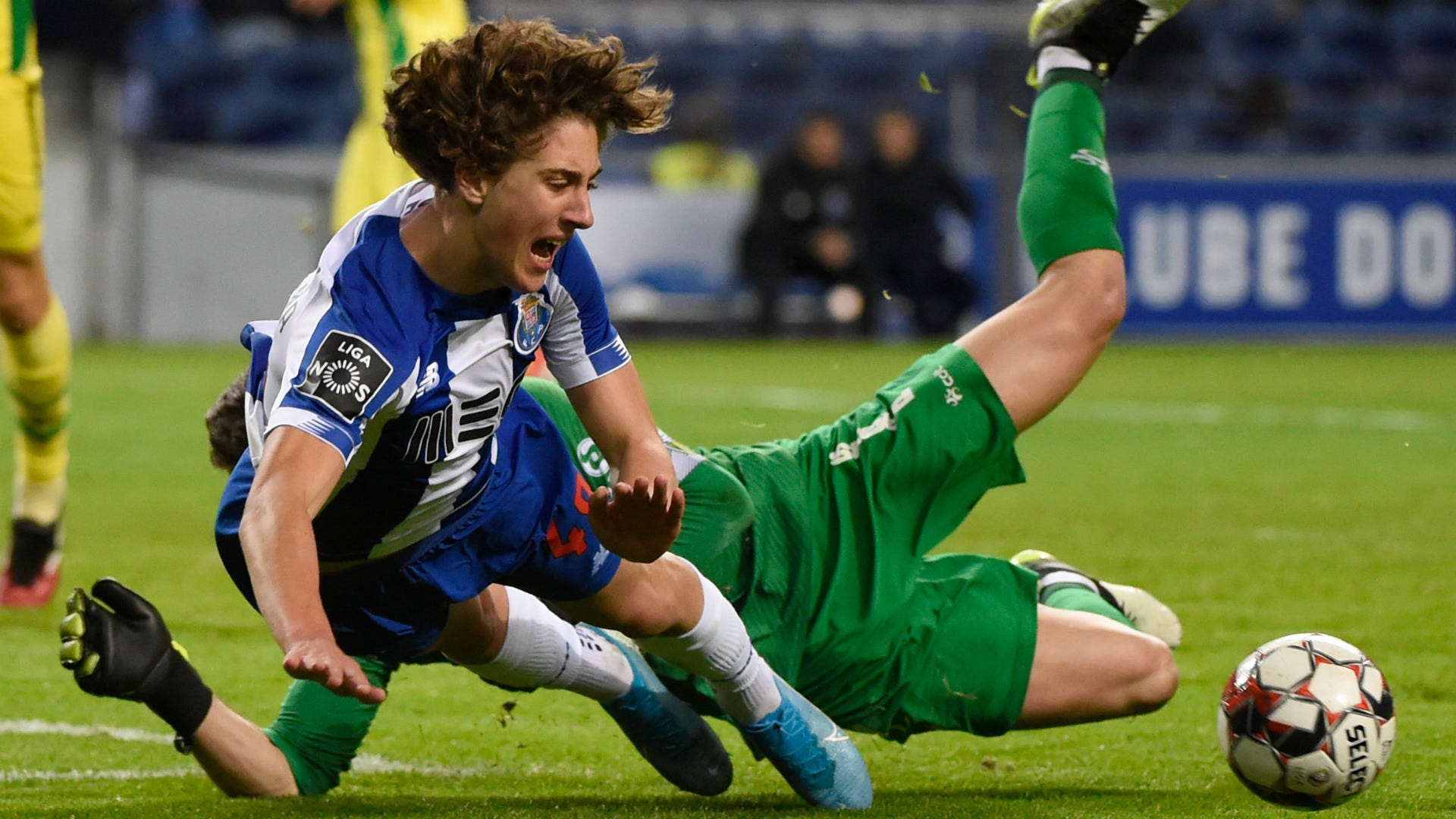 At over six foot tall he is equally as capable in the air as he is with the ball at his feet and, as such, he looked at home in men’s football when others his age might have struggled physically.

In 14 senior appearances to date, Silva has three goals to his name and his impressive showings have seen the likes of Atletico Madrid and Juventus begin to show an interest.

Such speculation saw many Porto fans clamour for the club to tie down their greatest talent for a generation and, in November, it was announced at the club’s annual gala that their Young Player of the Year had extended his contract through until 2025.

Included in the contract is a €125 million (£105m/$139m) release clause, an amount five times of that which was agreed in his previous deal and a record for any player in Portugal, surpassing the €120m (£102m/$134m) that Benfica placed within Felix’s deal before his departure for Atletico.

Now regularly dubbed the “125 million boy”, Silva’s next aim must be to establish himself in Conceicao’s first team having been used predominantly as a substitute thus far in his short career.

There will also be an expectation for him to make the step up to the Portugal senior team in the not too distant future. A perfect hat-trick inside 45 minutes for the country’s U19s against Italy in October further illustrated his talent, and a call-up to the U21s before the end of the season should not be out of his reach.

From there, could he reach the same heights as Ronaldo? That might seem fanciful, but it looks almost certain that Portugal will not struggle for goals when their talisman finally calls it quits.