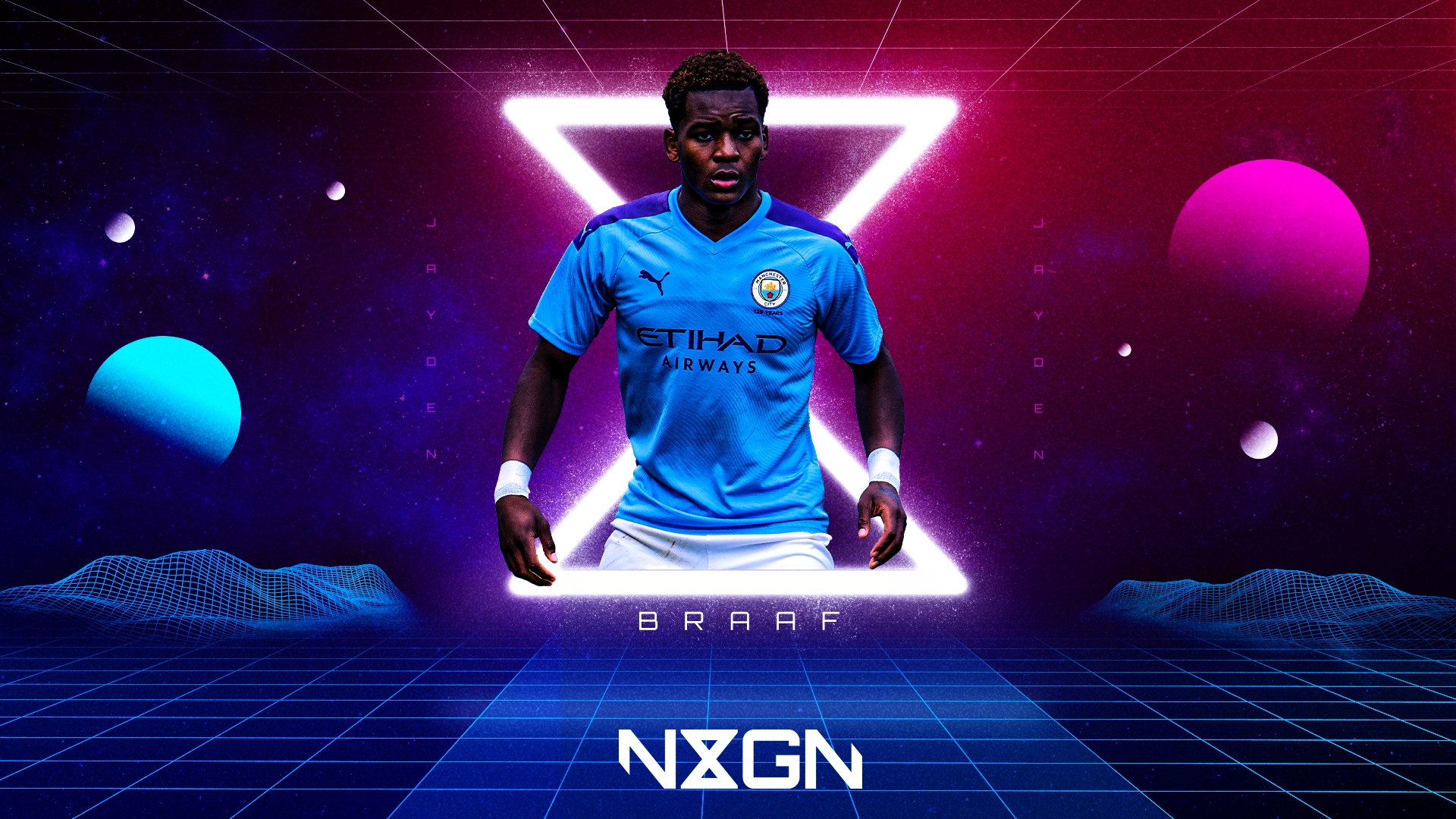 The biggest clubs in Germany are scouring the academies of England looking for the next Jadon Sancho and, by returning to the place where the Borussia Dortmund winger was discovered, they may just find him.

Manchester City forward Jayden Braaf has emerged as the dazzling talent of the club’s latest youth team, and the similarities with Sancho, who left the club two-and-a-half years ago, are startling.

Both have exceptional close skill, particularly when on the move and at pace, which allows them to drift past players with ease.

Both are matchwinners, possessing the ability to cut open defences with long slaloming runs, cutting in from either side to shoot as well as having the composure to pick out a team-mate.

And both have a supreme confidence in their own ability and no fear of the big stage.

It is why Bundesliga scouts are regulars at the Etihad Academy to watch Braaf. A path from England’s youth academies to Germany is becoming a familiar route, inspired the gamble taken by Sancho, who swapped the Premier League champions for what he thought could be a better chance at Dortmund.

RB Leipzig have watched the Netherlands Under-18 international in his last two FA Youth Cup appearances while other German clubs have shown an interest in him, including Dortmund themselves as they potentially prepare for life after Sancho, with it likely he will make a £100 million move back to the Premier League this summer.

After letting Sancho leave for just £8m, it would seem careless of City to allow Braaf to follow him out of the club, particularly given the Amsterdam-born winger has three-and-a-half years remaining on his contract. But the 17-year-old is keen to jump-start his first-team career and is not prepared to kick around in youth teams waiting for his opportunity.

"I hope to be able to play somewhere in a first team next season. At Manchester City or somewhere else, we will see," he told Voetbalzone in October. "A lot of people are talking to me, I have to keep going and this is an important season."

Despite his undoubted quality, Braaf has yet to play a minute for City’s first-team and has not broken into matchday squad despite regular training sessions under Pep Guardiola. Academy sources believe it will not happen this season, with question marks over the player’s attitude.

Braaf believes he is ready for the first team but Guardiola demands his players give 100 per cent in training as well as matches, and there is a concern that he has not taken the opportunity to impress the City boss, relying too heavily on his talent and not matching the workrate of more senior professionals.

Braaf does not turn 18 until the end of August and has plenty of time on his side, but he has always impatient to push his career forward.

Aged five, he began his footballing education at ASV Fortius, and within a month was moves up to play with those in the seven year olds bracket. Shortly after he was awarded a place at Ajax’s 'talentendagen' but did not enjoy it.

"You're young and you want to have fun, but I had no fun at Ajax. It was really serious business from a very young age,” he told Voetbal International.

Turning down professional outfits FC Volendam and FC Utrecht to join amateur club AFC Amsterdam, he shone against big clubs such as Ajax and PSV, the latter of whom eventually picked him up.

From there he attracted the interest of several leading European clubs including City, Chelsea and Bayern Munich, leading to a fall-out in Eindhoven.

"They didn't treat me well,” Braaf told NOS of his time with PSV. “I was talking to other clubs, so they expected that I wanted to leave.

"From that moment, I was on the bench and they refused to let me leave to a youth tournament with the Dutch national team. That's why I was done with PSV."

City won the race and he has continued to shine, impressing in the Netherlands' run to the semi-final of the U-17 World Cup in Brazil last year as well as in FA Youth Cup and UEFA Youth League matches.

A place in the club's summer’s pre-season tour next summer is a possibility, but given his eagerness to make another step-up and with German clubs lying in wait, Braaf seems destined to take another step towards becoming the ‘new Jadon Sancho’.