Manchester United, Barcelona and Arsenal are credited with interest in the 17-year-old, who is available on a free transfer this summer

The "Jadon Sancho effect" is starting to rear its head, and is an issue that footballing academies the world over are having to deal with.

Ever since the England international left Manchester City and burst onto the scene in record-breaking fashion at Borussia Dortmund at the start of the 2018-19 season, young players across the globe have begun weighing up their options when it comes to making the leap into senior football.

It is likely that over the next decade more and more teenage wonderkids will move on free transfers at the end of their first contracts, despite having price tags which equate to eight-figure sums. Thanks in the main to Sancho, players and their agents are holding the clubs that nurtured them to ransom at a younger age than has ever been seen previously.

One such case involves Isaac Lihadji and Marseille. The 17-year-old has been tipped for the top for some time, but his time with the Ligue 1 giants looks set to come to an end this summer as disputes over his contract dominate what should have been a breakout campaign for one of France's brightest prospects.

Born in Marseille, Lihadji's father passed away when he was only nine years old.

His footballing education began with Septemes-les-Vallons, a club who most famously had a young Zinedine Zidane on their books as he made his way through the ranks to become one of the greatest midfielders of all time.

"He had no club, no team. At that time, he was nothing out of the ordinary, he played just the same as the others," Septemes president, Salah Nasri, told Actufoot of the teenager. "Then, thanks to our training, he progressed and revealed himself over time. He stood out quite quickly but at the start he did not have it all. It was later that he exploded."

While there he was watched closely by Barcelona, who even put him through his paces at a coaching session during his school holidays. He was on the verge of swapping southern France for Catalunya, only to suffer a fractured shin in November 2013 as he was fouled by an opposition goalkeeper when bearing down on goal.

"Without his broken leg, he would be at Barca," Michael Zamora, a youth scout for the Blaugrana who alerted them to Lihadji's talent, told L'Equipe. "He dreamed of going to Barca, he cried," added Nasri. "We had to make him understand that it was only a matter of time and that if it were to happen, it would happen. His objective is clear - Isaac wants to play in one of the five big European clubs."

Once fit again, Lihadji was snapped up by Marseille at the age of 14. The 10-time French champions have been starved of talent coming out of their academy since the emergence of the Ayew brothers, Andre and Jordan, for the best part of a decade, so when reports of Lihadji's performances at youth level began to come through, excitement naturally built.

Having impressed new OM coach Andre Villas-Boas in pre-season, Lihadji was handed his senior debut on September 24, 2019, as he came off the bench to play the final 12 minutes against Dijon. Two weeks later he was back on the pitch, making an 11-minute cameo as a substitute against Amiens.

"I know that I have been eagerly awaited, but you have to be careful not to get ahead of yourself," Lihadji told L'Equipe after his first forays into first-team football. "I will do what is necessary to make people proud. Villas-Boas gives me a lot of advice. To be a key player for OM is my goal." 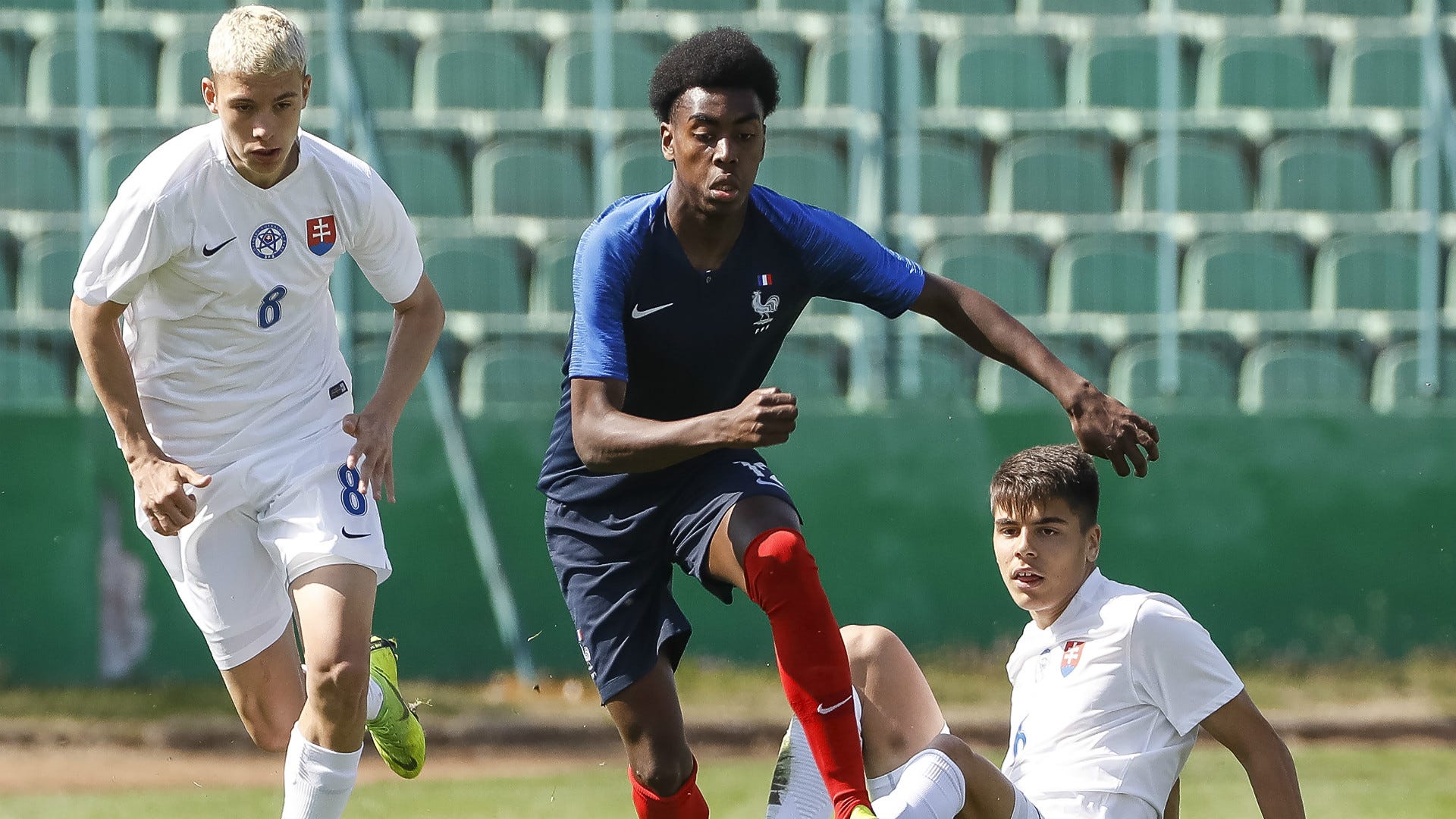 From there he flew to Brazil as part of France's squad for the Under-17 World Cup and played a pivotal role in their run to the semi-finals, scoring three goals and providing two assists as Les Bleuets were knocked out by the hosts on their way to winning the tournament.

Such a start to the season would leave most with the platform to kick on and establish themselves over Christmas and into the second half of the campaign.

Lihadji, though, has not been seen on the pitch since.

Upon his return from South America talks began regarding the teenager's first senior contract, but it soon became clear that the two parties were some way apart in their negotiations.

On November 24, Lihadji was named on the bench for Marseille's trip to Toulouse but was not called upon to play any part, unlike another academy player Marley Ake - a midfielder who, though talented, is not regarded in the same bracket as his fellow youngster.

"I'm waiting for the signature to give him [Lihadji] some game time and, in Toulouse, I chose Marley to come on for the last minutes," Villas-Boas told a press conference later that week.

"I could take advantage of having Lihadji right now, but why? So that he then plays for Monaco, or for PSG? What interest is there for OM, his training club, in that? I defend the interests of the club, perhaps against my better judgement. But between Ake, who has a future here, and Isaac, I have made my choice." 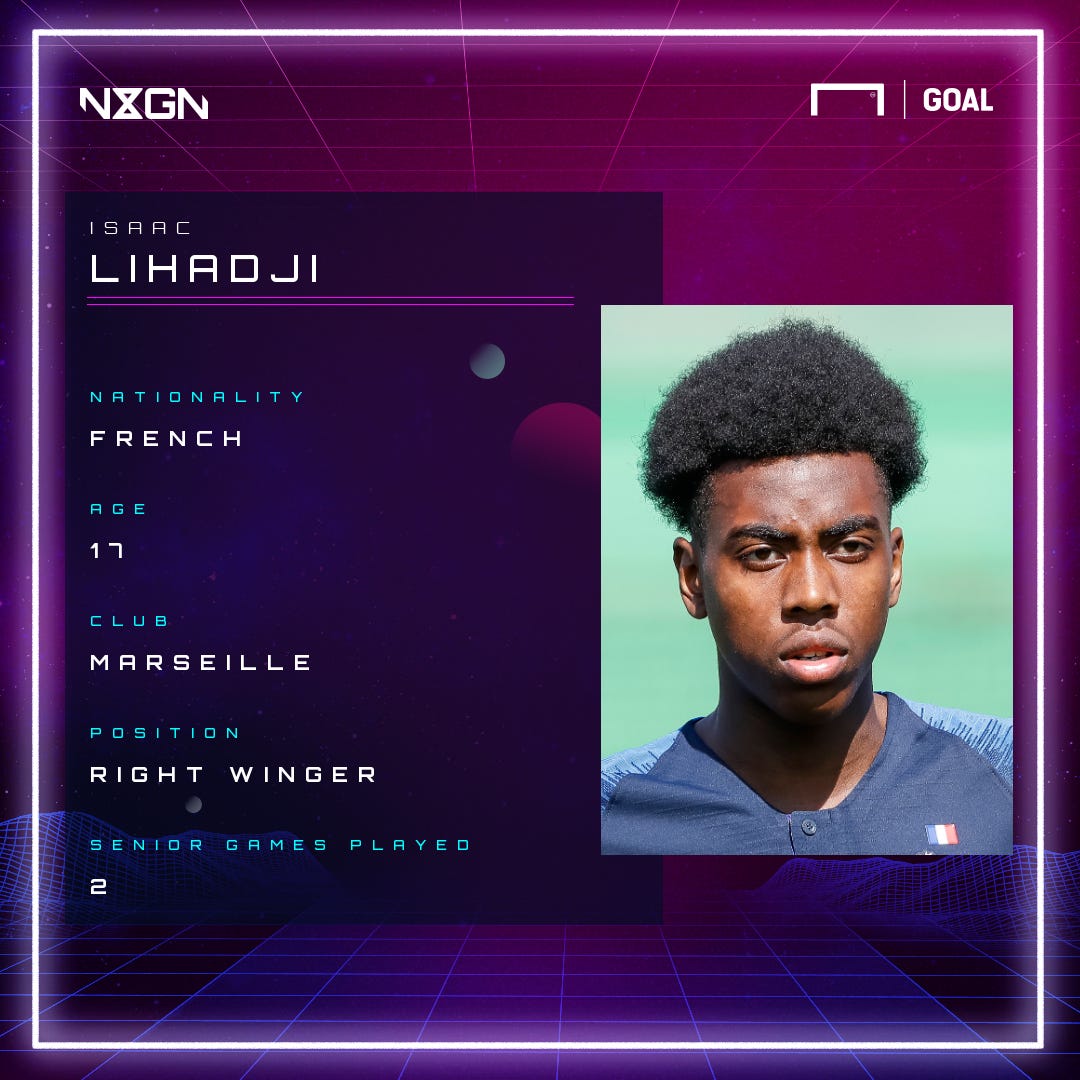 That game at Toulouse was the last time Lihadji was seen in a Marseille shirt, and likely will be, with reports in early January claiming that negotiations have ended between the player and his club, and as such he will be free to leave at the end of the current campaign.

"Our state of mind today is to put the academy completely at the heart of our strategy, and to make it clear to a 16 or 17-year-old youngster that he has an extraordinary chance to play and wear the colours of OM," Marseille president, Jacques-Henri Eyraud, told RMC in the wake of those reports.

"I therefore very much want these young people to show their desire, their determination, recognition, respect for this club and the jersey it wears. Without these criteria, there can be no future at Olympique de Marseille when you are a young player." The message could barely be more clear.

Manchester United, Arsenal, Borussia Dortmund, Tottenham and Lille have all been credited with interest in the winger, who is most at home on the right-hand side but who has also experience of playing centrally. There are even reports suggesting that Barca may come back in for a player who they almost signed over six years ago.

Whichever club do get their hands on Lihadji will have a special talent within their ranks. But it is likely they, too, will be burned by the 'Sancho effect' before too long. Youngsters like Lihadji are more eager than ever for their shot at the big time, and there is not the same willingness to wait anymore.