Ahead of Paris Saint-Germain’s Women’s Champions League semi-final clash with Lyon on Wednesday, Jordyn Huitema’s name has grabbed more attention than she, or anyone, might have anticipated.

When Alphonso Davies lifted the men’s Champions League title with Bayern Munich on Sunday,  the anecdote quickly circulated on social media that, if Huitema was to do the equivalent with PSG, they would be the first couple to lift both titles.

But what didn’t circulate is what a talent Huitema is in her own right.

The emphasis wasn’t on the fact that she is in a European semi-final, it was a sidenote.

Moreover, there was no mention that, as well as Davies, she is one of the most talented teenage footballers on this planet.

In Goal’s inaugural women’s NxGn list in 2020, the 19-year-old forward ranked second on the list, only behind Lena Oberdorf, who progressed to the UWCL final herself on Tuesday as Wolfsburg beat Barcelona in the week’s first semi-final.

“She’s one of the closest things I’ve seen to [Christine] Sinclair — so no pressure on the kid,” then-Canada women’s head coach John Herdman told the press after Huitema’s debut.

Such is the hype around her ability, she’s been touted for some time now as the long-term successor to Sinclair – Canada’s captain, football’s all-time international top-scorer,  and Huitema’s idol growing up.

“As a youngster, I’ve seen those qualities of Sinclair - the touch, the movement - in people like Janine Beckie [now of Manchester City],” Herdman added.

“But from what I’ve seen of Jordyn, she’s got the goal-scoring ability and the sort of height and size and presence that you associate with Christine on the field.” 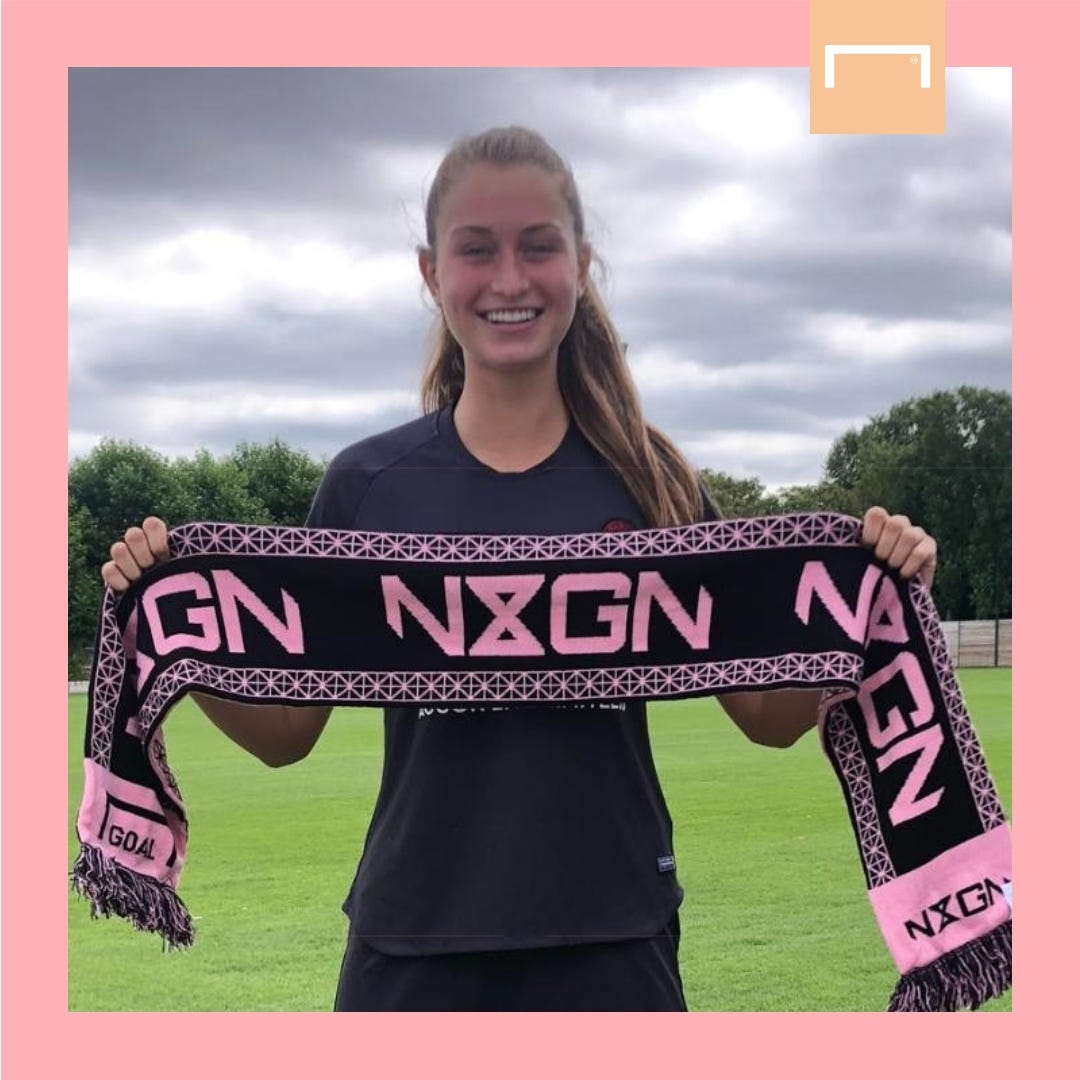 They are big shoes to fill, and she is by no means the same player as Sinclair to start with. Those differences are what make the pair work so well together when they play for Canada.

But, as the comparisons linger, Huitema has shown that she’s capable of handling the pressure that comes with them.

Rather than choosing to go to college at 18, the forward decided to get out of her comfort zone and play professionally, such is the ability she already possessed.

Last summer, it was announced that she would do that at PSG.

She netted twice on her Champions League debut last September and, three days later, bagged her first league goal in a 4-0 victory of Dijon.

Amid the success at club level, Huitema also became the youngest player ever to win the Golden Boot in the CONCACAF Olympic Qualifying tournament, scoring seven goals in five games to take her total up to 13 goals in 33 caps.

Huitema’s first season with PSG was always going to be difficult. Moving across the Atlantic and immersing yourself in a new culture not an easy thing to do, never mind as a teenager, but her development will be all the better for it.

“There’s no days off. There’s no days where you can just joke around and have fun and kind of fool off while training,” she told Sportsnet earlier this summer, reflecting on her first season in Paris and her first experience in a professional setting.

“Everyone’s very serious. We have a job to do here, and we all have the same goals and that’s what we’re here to do.”

One of those goals is the Champions League. PSG face no small task on Wednesday, taking on a Lyon side that have long got the better of them in France and have won Europe’s premier competition for the last four years running.

Earlier this month, PSG were dealt their latest defeat to their biggest rivals, losing on penalties in the French cup final.

But the margins were so fine yet again and, after watching Bayern Munich cause Lyon a few issues in the quarter-finals, losing only 2-1, Huitema and her PSG team-mates will believe in their ability to cause an upset.

The Canadian will be fresh for this game after being an unused substitute in the victory over Arsenal and in a game where finishing chances will be crucial, PSG are fortunate to have not only stars like Marie-Antoinette Katoto and Nadia Nadim to call upon, but an incredible talent like Huitema too.

And if she gets a chance to grab those headlines, it won’t be Alphonso Davies’ girlfriend in the limelight.

It will be Jordyn Huitema, superstar in the making.