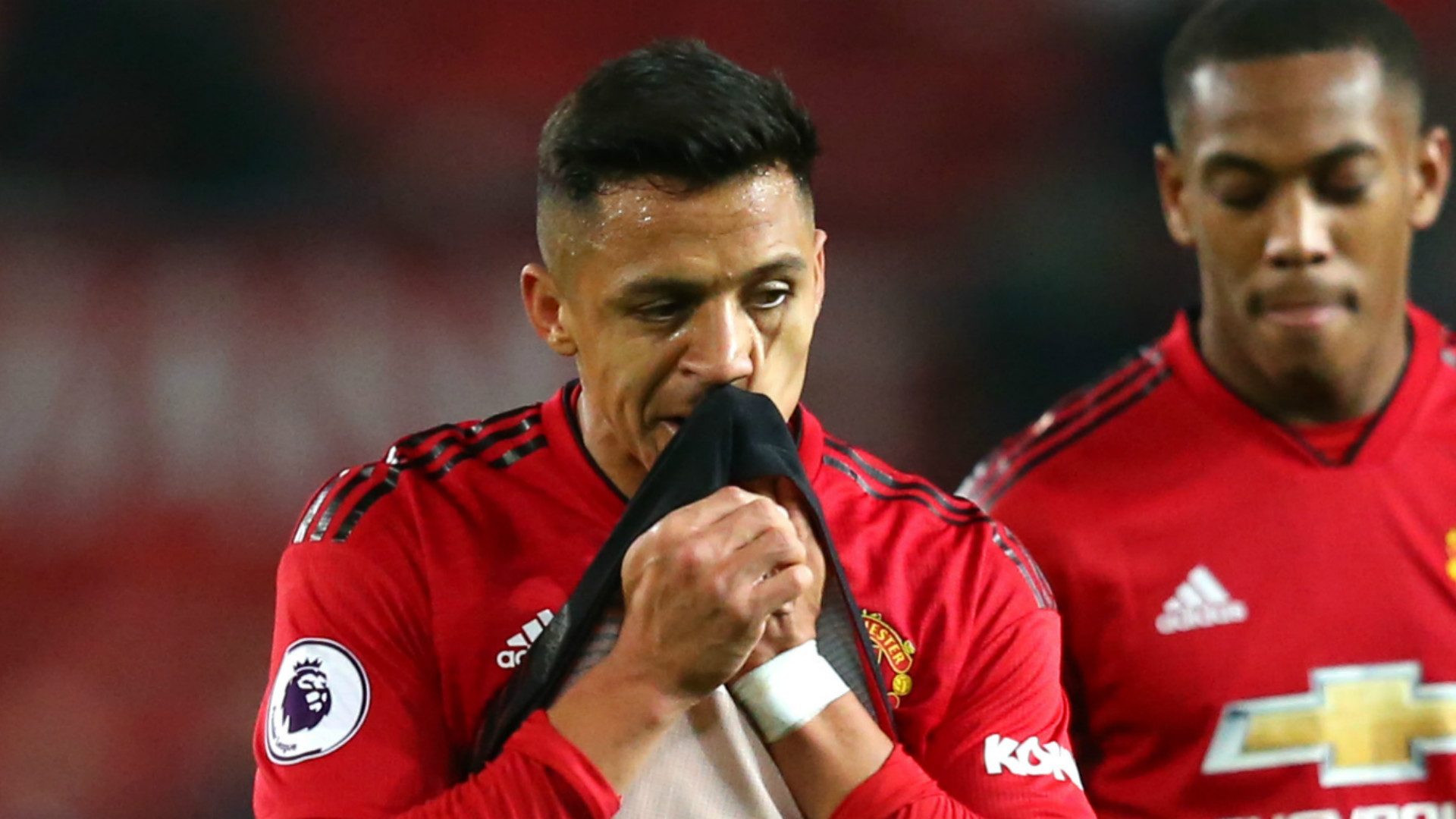 The Chile international's permanent move to Inter was confirmed on Thursday, with Sanchez signing a three-year deal at San Siro following his season-long loan spell in Milan.

It is perhaps befitting of his time at United that the biggest impact Sanchez had on the Old Trafford pitch was before he had even kicked a ball.

Under the spotlights of the Stretford End in January 2018, the new signing from Arsenal was ushered into his new home to film his unveiling. Fans had been patiently waiting for official confirmation of the former Barcelona forward’s arrival, and the club’s social media team pulled out all the stops with the announcement.

The video, which shows the attacker playing the piano to the tune of 'Glory Glory Man United', went viral. Job done.

While United’s board could pat themselves on the back for signing a player who generated 75 per cent more interactions than when Neymar arrived at Paris Saint-Germain from Barcelona and had broken the shirt sales record for a player signed in January, the bleak reality was that the 55-second video was the most lucrative act he ever produced for the club.

After a handful of good performances and five goals in 45 appearances, Sanchez's United career is over.

He struggled from the outset for the Red Devils, with fans and pundits perplexed as to what had happened to a player that had consistently lit up the Premier League in north London.

This was not the sought-after attacker coveted by many who had been imperious for Barcelona and Arsenal. He was unrecognisable.

Burnout was cited as a reason for Sanchez’s decline after numerous international tournament appearances, so surely a summer off would allow him to get back to the levels which saw him named Arsenal’s Player of the Season just eight months before his arrival at Old Trafford?

Jose Mourinho backed the forward during the club’s pre-season tour ahead of the 2018-19 campaign, and there was a faint hope that his first full season at the club would iron out the issues. That was not the case.

Gary Neville referred to him as a "disaster", with Sanchez cutting a sullen and frustrated figure as he continued to struggle to rediscover his best form.

Meanwhile, his arrival also had a knock-on effect on the morale of his team-mates. Anthony Martial was irritated at being played out of position to accommodate Sanchez while there were well-publicised issues regarding his £560,000-a-week salary.

United's wage structure had been ripped apart, with it ultimately leading to the departure of Ander Herrera in the summer of 2019 and an enormous new deal for David de Gea to ensure he did not follow his fellow Spaniard out the exit doors.

Pep Guardiola, to his credit, had warned that such problems would arise. Manchester City had been favourites to land Sanchez before United swooped in, and still believe he would have preferred to join them.

They would not, however, agree to the financial demands of the deal. They dodged a bullet.

“Normally we try to be stable with the wages of the players because I think it is good for the team and stability of the club,” Guardiola said. “I’ve never put pressure on a club when they believe it is too much. Immediately I accept that decision and move forward to find another solution. The stability of the club is the most important thing.”

Guardiola’s observations rang true at Old Trafford. Herrera’s demands of a wage increase in the wake of Sanchez’s deal led to him departing for PSG, and the club are still trying to rectify the issue now as the Chilean finally departs.

It is understood that the problems with the wage structure mean that they will not be rushed into agreeing terms with this summer's primary transfer target, Jadon Sancho. United do not want to upset the current balance and set a new precedent within the dressing room by offering the 20-year-old over the odds.

Some believe that the pressure of living up to such a huge salary was too much for Sanchez to deal with and that it affected his performances.

It is also true that he never really settled in Manchester. He was an isolated individual both inside and outside of the dressing room, seeking solace with his dogs Atom and Humber.

Sanchez's most notable companion at the club was Romelu Lukaku, with whom he struck up a close bond that has continued after both moved to Inter at the start of the 2019-20 season.

Sanchez has, however, continued to be a drain on United’s finances even while on loan, with the club footing £175,000 of his weekly wage

There were times during the campaign when it looked like United would be stuck with paying Sanchez's entire salary until the end of his contract in June 2022, with the out-of-form 31-year-old heading toward the twilight years of his career.

Ole Gunnar Solskjaer toed the party line by insisting that Sanchez would be part of his plans upon his return, but that was never the case.

Sanchez goes against everything that Solskjaer is trying to do in rebuilding this United team. Put bluntly, he is too old and would be a destabilising presence in the dressing room.

Fortunately for United, since the coronavirus-enforced break in football Sanchez has rediscovered something closer to his best form under Antonio Conte, and Inter see him as a key part of their team going forward.

That has offered United a lifeline, even though it means tearing up the contract they have with Sanchez. United will not receive a fee from Inter and will have to pay Sanchez a settlement of their own, but it is still good business.

Now the club can finally draw a line under one of, if not the most disappointing signings in its history.

The nightmare is over for all involved, and with one No.7 heading for the exits without fanfare, attentions can firmly turn to bringing their next No.7 in Sancho through the front door.