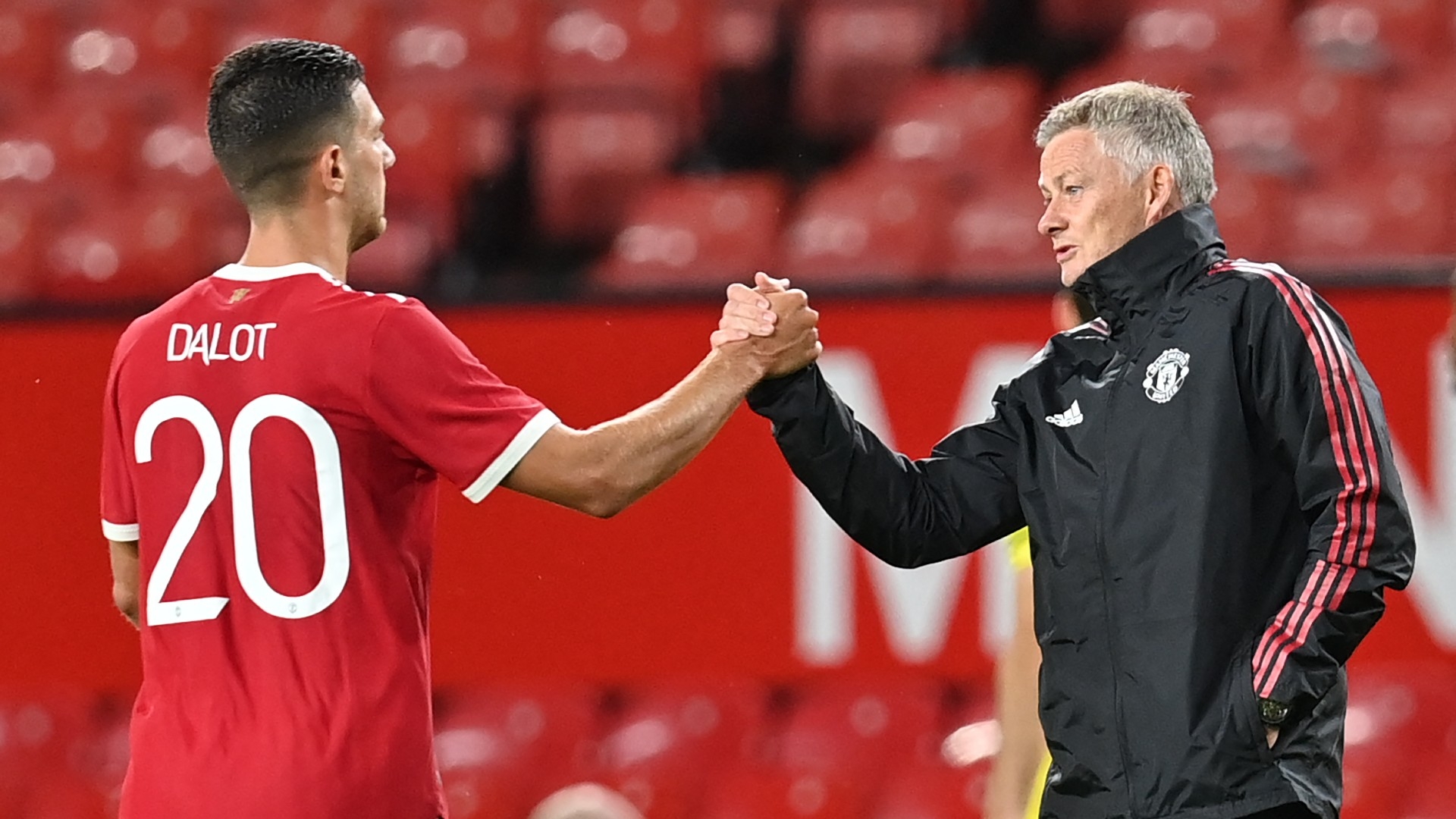 Diogo Dalot is expecting to stay at Manchester United despite interest from Borussia Dortmund in the right-back, Goal has learned.

The full-back spent last season on loan at AC Milan and enjoyed a great summer playing every game as Portugal reached the final of the European Under-21 Championship and earned himself a call-up to Fernando Santos’ senior team for Euro 2020 after Joao Cancelo had to pull out of the squad.

Dalot has impressed during pre-season at United but, with Ole Gunnar Solskjaer interested in Kieran Trippier, the right-back has been unsure about his future. However, with the deadline a few days away he is expecting to stay at the club.

What is the latest?

It is understood Dortmund were in talks over a potential transfer before Tuesday’s deadline but the player is happy to stay and fight for his place and Solskjaer wants to keep him.

Up until recently the 22-year-old has been unsure as to the plans for him this season. United have an interest in Trippier but have been unwilling to pay Atletico Madrid’s asking price and the form of Dalot in pre-season has given Solskjaer confidence he can push Aaron Wan-Bissaka at right-back this season.

It is understood Dalot is happy with the decision for him to stay at Old Trafford and is ready to fight for his place.

How many times has Dalot played for Man Utd?

Dalot signed in June 2018 from Porto and made his first-team debut against Young Boys in the Champions League. He went on to make 23 appearances in all competitions in his first season at the club but appeared just 11 times in his second campaign.

He spent last season on loan at AC Milan where he impressed in 33 appearances in all competitions.