In an exclusive interview with Goal, the former Blues striker discusses the club's plans for dealing with changes to the rules on loaning players

From the start of next season, clubs will not be able to send more than eight players aged 22 or over out on loan. That limit will be reduced to six players for the 2022-23 campaign.

Chelsea are renowned for their 'loan army' policy, which has seen the likes of Mason Mount and Tammy Abraham earn valuable experience at other clubs before returning to Stamford Bridge and becoming part of Frank Lampard's first team.

At present, the Londoners have 28 players out on loan and 15 of them are aged 22 or over.

Flo manages the club's loan programme alongside a host of other former Blues, including Claude Makelele, Paulo Ferreira and Carlo Cudicini, but he is not at all concerned by the implications of the new regulations.

"We expected changes, we're doing our planning now and we will adjust things if we need to," the former Norway striker told Goal at the London Football Awards.

"Club-trained players under the age of 22 don’t count under the new rules and they're the main focus of our programme, which is about sending our academy graduates out on loan. So, I don't think it will affect us much.

"As a club, we already have fewer players out on loan now than before, so it is already a bit more focused. We can work a bit more with each player.

"I think that this season has been a success story for Chelsea's loan programme overall. It has been a brilliant season.

"We have had so many players from previous years go into the first team and be an amazing success for the club. It is nice, especially for those of us who work with the youngsters to see that our policy is working.

"This is something we have been working for a long time and we are really seeing the benefits of it now in the last few years.

"It has been a great year and Lampard has definitely made our jobs easier. I think everyone working for Chelsea are very happy to see these young players coming through and getting the chance.

"They all have surprised us a little bit by making the step up so quickly. But it just goes to show that when you give them a chance, they can take the opportunities. They have definitely done that this season." 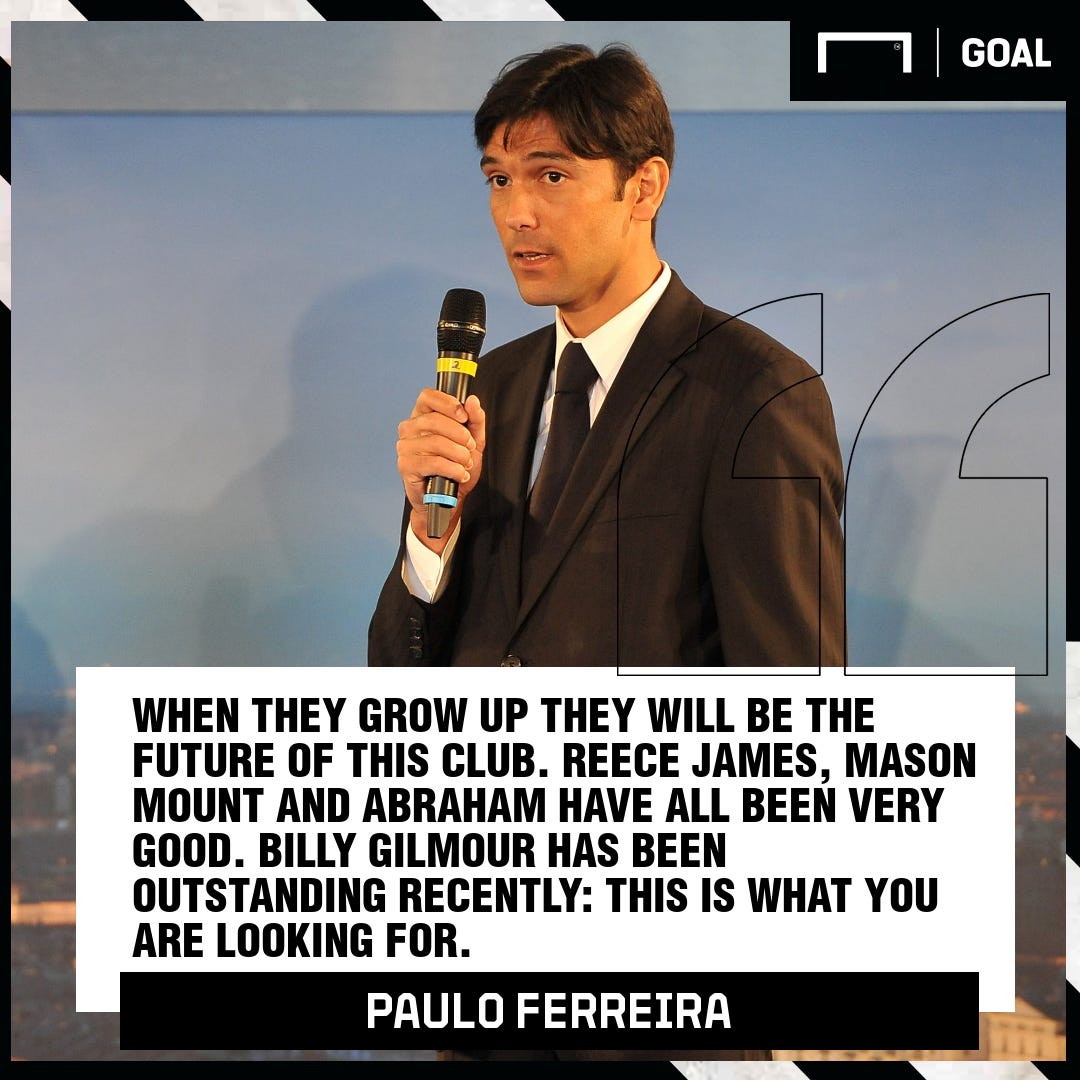 Indeed, despite not being able to sign any players last summer due to Chelsea's transfer ban, Lampard guided his team to the quarter-finals of the FA Cup, the last 16 of the Champions League and fourth place in the Premier League before the campaign was suspended due to the coronavirus outbreak.

As well as putting his faith in Abraham and Mount to rejuvenate the Blues, Lampard has also leaned heavily on the likes of Reece James, Fikayo Tomori, Callum Hudson-Odoi and Billy Gilmour this term.

Consequently, Ferreira and the rest of the club's staff are buzzing at the moment, united in their belief that the future is bright at Stamford Bridge.

"I am really happy to do this job and to help and support the loan players," the former Portugal international told Goal. "It is important and to see some of them back at the club is fantastic and I am really happy with that.

"It is good because we were able to bring players in even with not being able to sign players in the summer, so we looked for our loan players. Frank brought the ones who he thought were ready to play for the club and we are happy with that.

"I think what he has been doing so far has been good. We look forward to seeing the club win trophies in the future, especially with these young boys who are playing now. When they grow up, they will be the future of this club.

"Reece James, Mason Mount and Abraham have all been very good. Billy Gilmour has been outstanding recently: This is what you are looking for. They still need time and more opportunities but I have no doubt they will be the future of this club.

"We have players with great potential who we would love to see coming back next season again but that will be not our decision. That’s up to Frank on whether the player is ready to come, not mine.

"For us, it is just to make sure that we give the best support, help them, or to go for a bigger club and to continue their progression."

Seeing eight academy players make their debuts this season will have boosted the Blues' current crop on loanees, after years in which it seemed that the path to the Chelsea first team was blocked by expensive arrivals from elsewhere.

Although there have been several noteworthy performers, Conor Gallagher has arguably been the pick of a very talented bunch.

The 20-year-old midfielder had an excellent six-month stint with Charlton Athletic before Swansea City fought off competition from several other Championship sides to take him on loan for the second half of the season.

Flo is not expecting as many academy graduates to break into the senior squad next season but he has been hugely impressed by Gallagher's development.

"It has been a decent year for us," Flo said. "But in terms of how many players we have in the first team, that will go up and down year-by-year.

"Still, the likes of Conor have been very good. This is his first year as a senior player and he has got a lot of valuable experience by playing football at Championship level, which is great.

"So, he's a very exciting prospect for us."