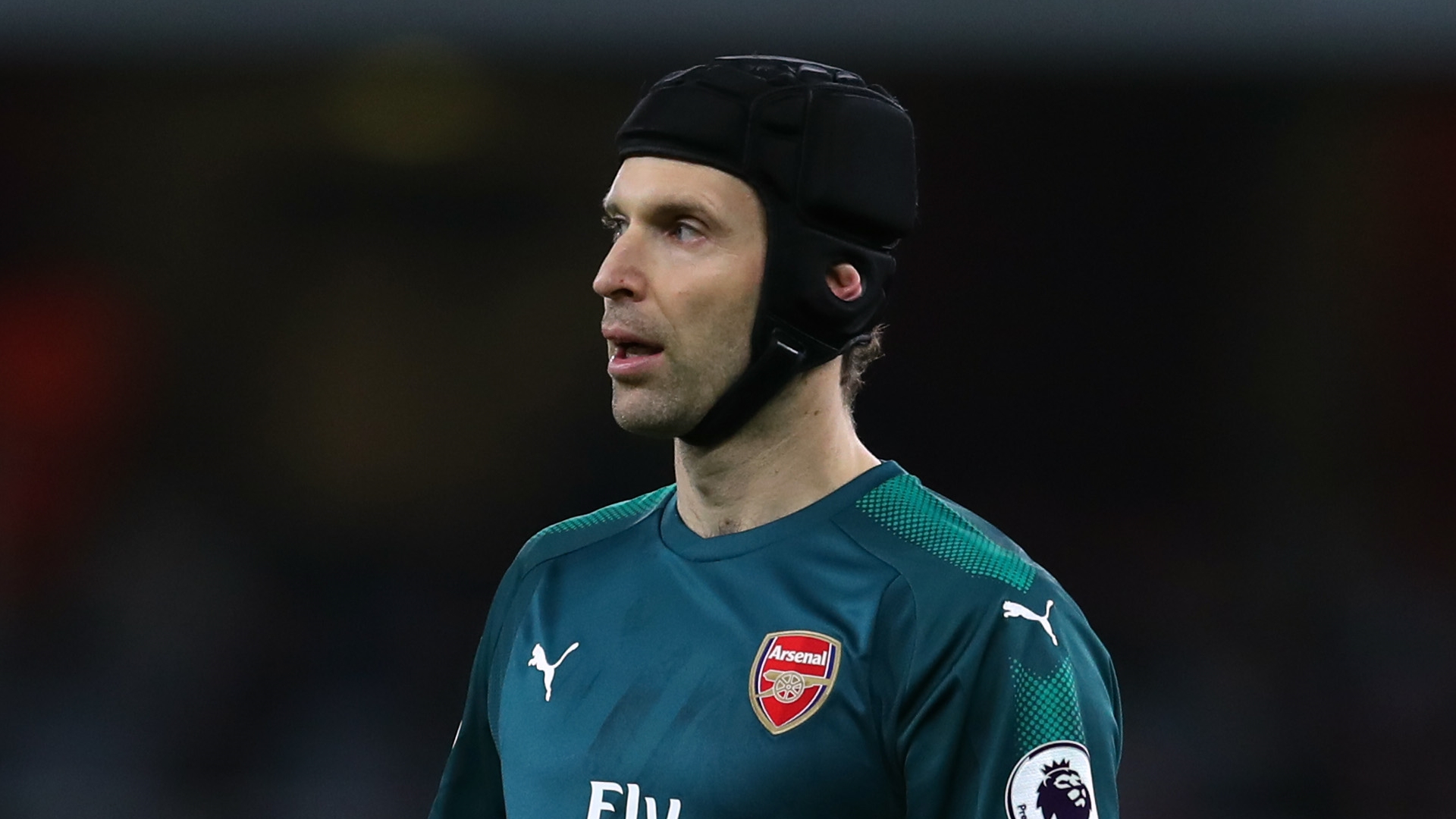 The goalkeeper moves from the No.33 shirt at the Emirates, while Granit Xhaka, Mohamed Elneny and Hector Bellerin have also changed numbers

Arsenal have launched their new kit for the 2018-19 season, and have also announced a spate of squad number changes.

Goalkeeper Petr Cech becomes the club's new No.1, having previously worn 33 at the Emirates.

Midfielder Mohamed Elneny moves from No.35 to the No.4 shirt, while Granit Xhaka swaps from 29 to 34, a number he has tattooed on his body.

Right-back Hector Bellerin, meanwhile, will wear the No.2 shirt next season, following an upgrade from the No.24 shirt.

The Gunners' new kit will be the first worn in the post-Arsene Wenger era in north London, and is again manufactured by Puma.

The shirt features red stripes on the white sleeves, as well as a diamond pattern on the front of the strip. White shorts and socks complete the kit.

Arsenal are set to appoint Unai Emery as Wenger's replacement this week, having had a last minute change of heart regarding the hire of former midfielder Mikel Arteta.