It’s no secret that Manchester City want to win the Women’s Champions League.

As the new season gets underway then, there are few better ways to strengthen than by bringing in two of the players who lifted the trophy for Lyon last month.

Following on from the signing of two World Cup winners in Sam Mewis and Rose Lavelle, Lucy Bronze’s return after three years away and the arrival of former Manchester United captain Alex Greenwood are transfers that show that City mean business this season.

Both Bronze and Greenwood were part of the Lyon side who lifted their fifth successive European title last month and the knowledge they will bring to this ambitious club is invaluable.

“I know [Lyon] inside out. I know what it takes to be at the top, what the players do every single day, how they play, how they think,” Bronze explains.

“It's exciting for me to have all of that information and be able to bring those experiences back and try and change things at Manchester City and push them on.”

During that time, she also firmly established herself as one of the best players in the world.

“I went there thinking, all these players around me are so world class and they could do things that I could never imagine doing,” she says.

“Then after being there for three years, I tried to copy them and realised I’ve actually got a little bit more talent than I probably realised.”

She returns to City as a serial winner, a player with incredible experience who can make a real difference for Gareth Taylor’s side, meaning her role at the club is likely to be different to what it was in Lyon.

“At City, I’m probably looked at as one of the older players, the most experienced player, like a winner, someone who wins trophies,” she says.

“I’ve probably got that different edge that I've got to bring to City.”

Greenwood, meanwhile, joined Lyon last summer from Manchester United. She spent just one season in France, but it was a season that had a huge impact on her.

“It was probably the best year of my football career in terms of on the pitch and off the pitch, the way I think I developed as a person as well as a player,” she says.

“I was lucky enough to play with the best players every single day in training and that can only improve you as a player. I absolutely loved every minute of being over there.

“I think it's an addictive feeling,” she adds, talking about her experiences winning trophies.

“The feeling I had when we won the Champions League was something I can't really put into words.

“That's exactly why I've come to this football club. It's so ambitious. It wants to win trophies and titles and that's the same for me.” 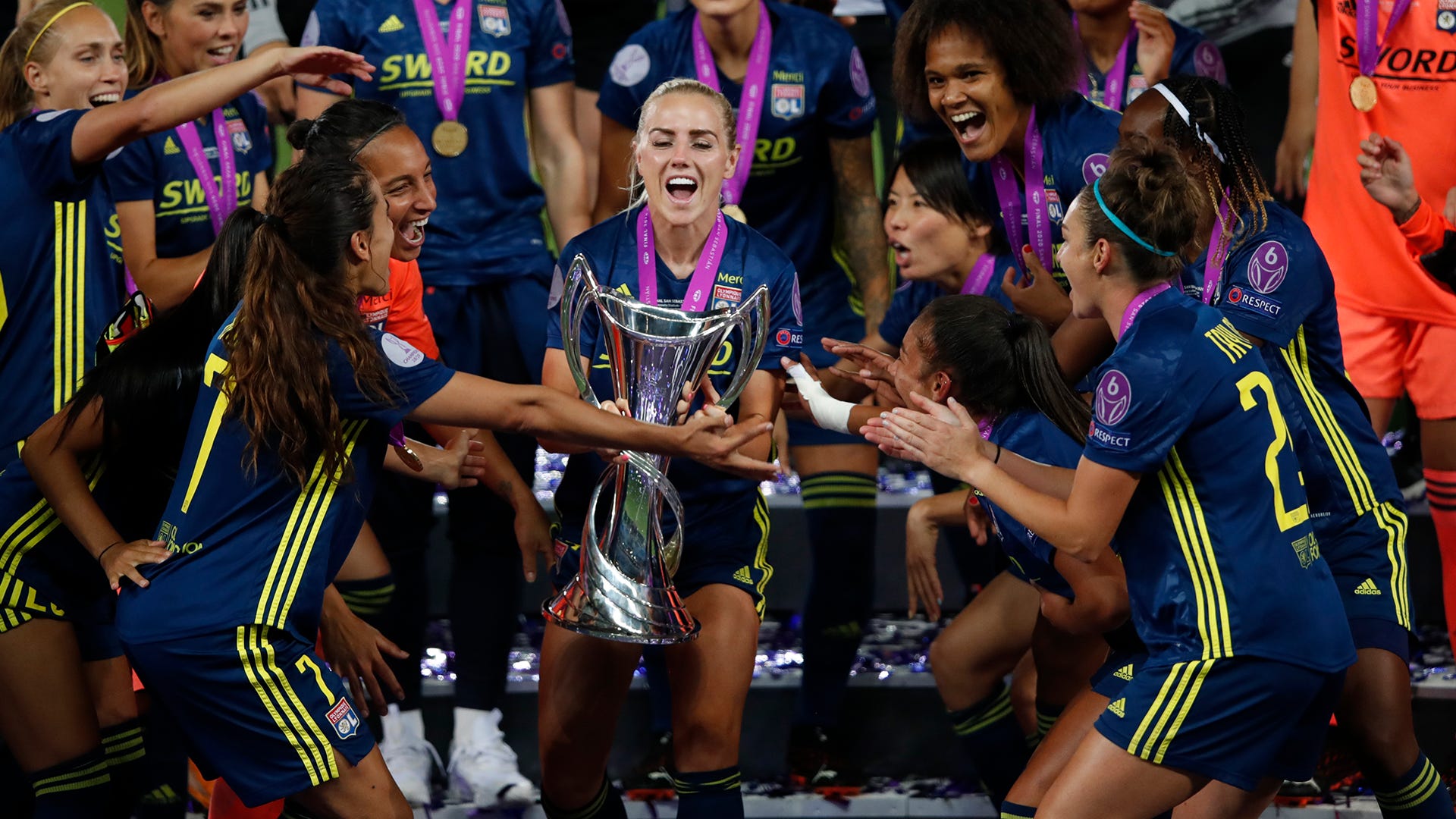 Both will be looking to bring immediate success to a City side who failed to pick up any silverware last season – falling in the semi-finals of the Continental Cup before losing the Women’s Super League title on points-per-game, despite being top of the table when the season was suspended.

“I have had that success in terms of winning the Champions League as an individual in a team abroad, but I want to bring that success back to England, back to City,” Bronze says.

“City is a team used to winning silverware anyway, but I want the team to win more silverware, be more consistent, get back to winning the league, push to make Champions League final and just take the team to the next level.

“I could have stayed at Lyon and had the same goals every single year, but I think the people that know me know I like to challenge myself.

“I like to give myself different challenges, different goals, and that is probably the biggest reason for me coming back and wanting that change.

“At a football club like this, that's got to be the conversation and we've got to be comfortable having that conversation that we want to win the titles and the cups and the Champions League. Why not?” Greenwood adds.

“If you can't be confident enough to say it, then it's never going to happen.

“I truly believe that with the players you've got in this dressing room, we're capable of doing those things.”