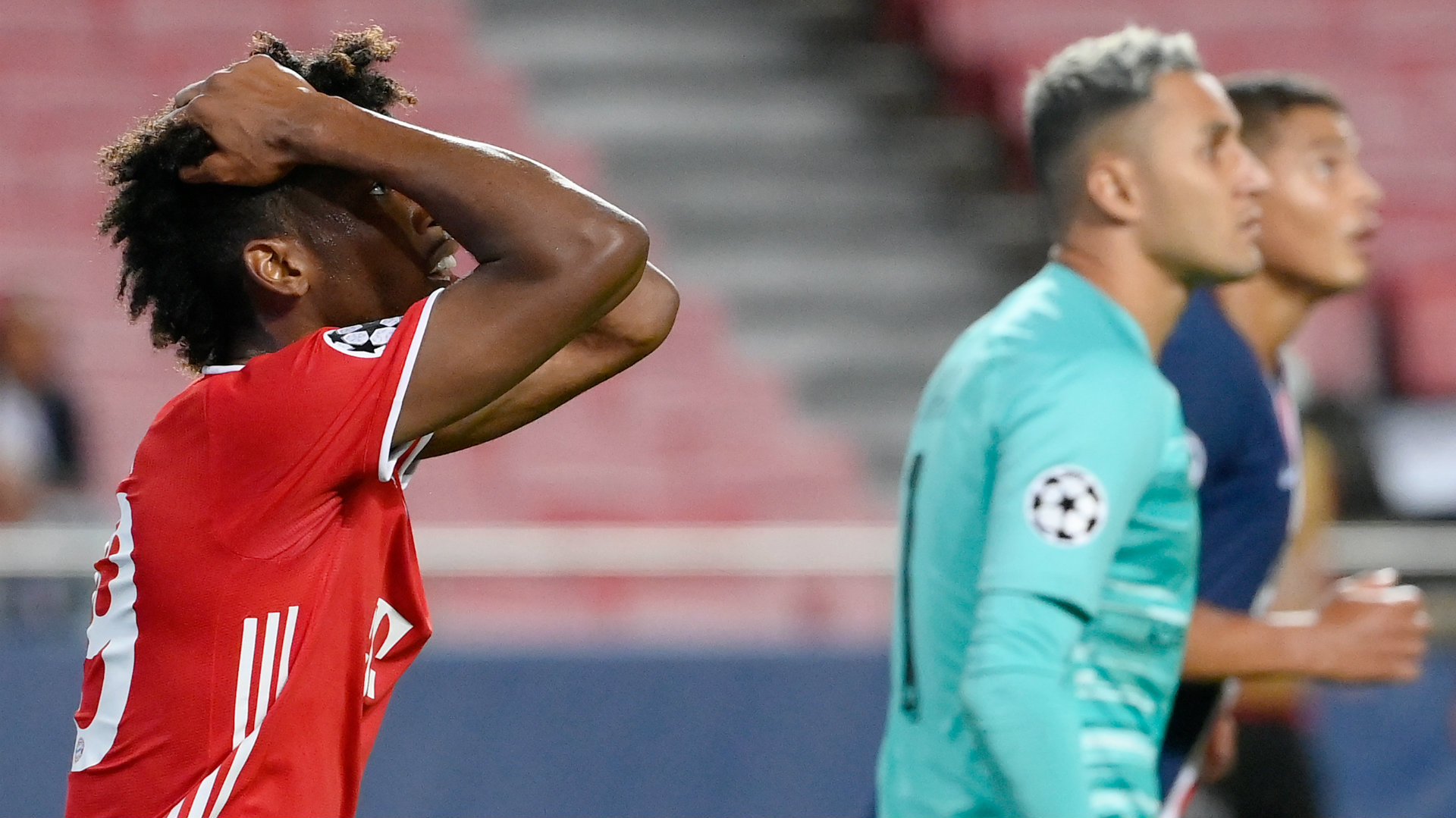 Following a back-and-forth first half, Coman provided what ended up being the game-winning goal in the 59th minute, getting on the end of a cross from Joshua Kimmich.

Coman headed home from close range, helping guide Bayern to the club's sixth Champions League title. The goal will be particularly painful for PSG given Coman's history with the Ligue 1 side.

Born in Paris, Coman was with PSG for a decade from 2004 to 2014, making four appearances for the first team before signing with Juventus upon the expiration of his contract.

And Coman admitted that it was difficult to see his boyhood club lose on the biggest stage, although that difficulty did not outweigh the joy that came from guiding Bayern to the title.

"It's an extraordinary feeling, a lot of happiness. I'm 100 per cent Bayern, but it makes me a bit sick for PSG," Coman told RMC Sports.

"We've been trying to keep the game under control from the start. We won and we didn't take a goal today, that's the most important thing.

Coman joined Bayern from Juve in 2015 on a two-year loan, which was then made permanent in 2017.

He's scored 33 goals in 161 appearances for the German side, overcoming several major injuries throughout his career.

Throughout this season, Coman made 24 Bundesliga appearances, scoring four goals, while also scoring three goals in nine appearances in the Champions League.

Bayern finished this season's competition with 43 goals as the German powerhouses won all 11 of their matches in Champions League play, becoming the first side to go undefeated throughout the tournament .