All hail The King! Bayern hero Coman comes back to haunt PSG 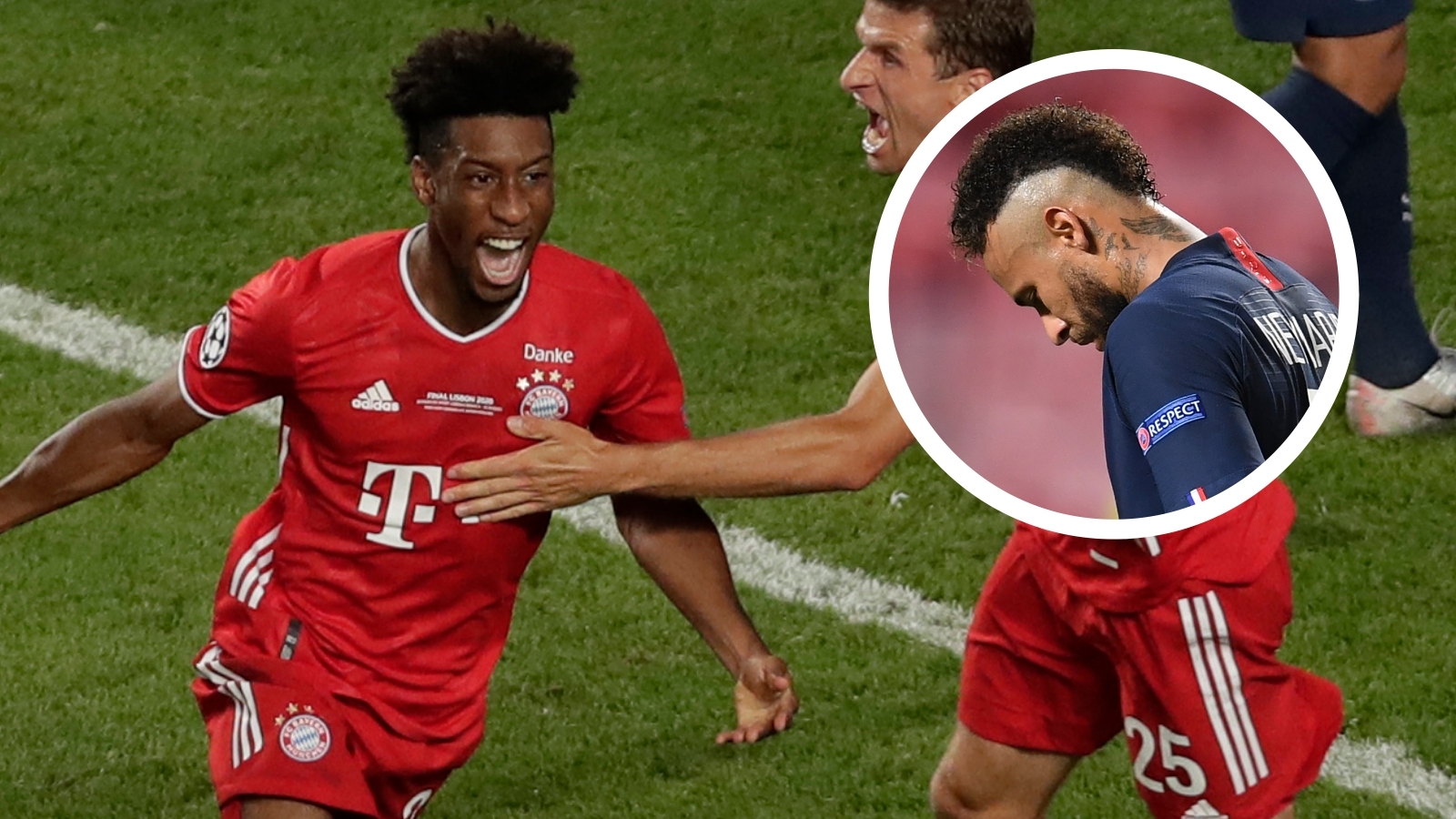 The winger, who began his career in Paris, scored the only goal of the game in Lisbon as the German champions edged out their French counterparts

When Kingsley Coman stepped off the bench to make his Paris Saint-Germain debut in February 2013, some may have believed they were witnessing the emergence of a player who could help lead the French outfit to the European success they craved.

A member of the Parisiens’ academy since the age of eight, Coman became the club’s youngest ever player when replacing Marco Verratti against Sochaux. A potential symbol that, despite the money of Qatar Sports Investment (QSI), there would still be a commitment to giving youth a chance at Parc des Princes.

Coman, though, made just two further league appearances for PSG before departing for Juventus in the summer of 2014.

Fast-forward six years, and the Ligue 1 champions found themselves on the cusp of validating the huge financial outlay that has defined them since the arrival of president Nasser Al-Khelaifi as they emerged for the club’s first ever Champions League final in Lisbon.

They, however, had not counted on Coman being there to pour cold water all over their continental dreams.

Paris born and bred, it was Coman who ghosted in at the back post to head Joshua Kimmich’s gorgeous floated cross past Keylor Navas to secure a sixth European Cup for Bayern Munich.

It also completes a treble-winning campaign for the Bundesliga champions that scarcely seemed feasible when Hansi Flick took over the managerial reins in November.

Flick has done little if anything wrong since replacing Niko Kovac in the Allianz Arena dugout, and his decision to start Coman - nicknamed 'The King' around the Bayern training ground - ahead of Ivan Perisic was yet another call that paid massive dividends.

The World Cup winner has struggled throughout his time in Bavaria with injuries. This season’s 38 appearances in all competitions are the most he has managed in a single season since arriving at Bayern in 2015, with his struggles leading the club to fork out €49 million (£45m/$55m) to sign Leroy Sane so as to ensure a more consistent attacking threat is available on the left-hand side of their attack going forward.

But if the 24-year-old is about to face a battle to prove he remains a viable, long-term option for Flick, then he could not have made a better start.

Despite PSG matching them throughout in the Portuguese capital, it cannot be said that Bayern have not deserved their title. They have won every Champions League match they have played this season – the first team to do that in the history of the tournament - and tore apart Tottenham, Chelsea, Barcelona and Lyon along the way.

Many would have expected Robert Lewandowski to be the goalscoring hero after a season that has seen him score 55 goals in 47 matches, but the Poland international was twice denied in the first half – once by the post and once by Navas.

At the other end, the only player who could arguably challenge Lewandowski for the title of ‘Probable Ballon d’Or winner 2020’, Neymar, missed his own golden opportunity early on as Manuel Neuer spread himself to deny the Brazil superstar.

Neymar, of course, is just one half of PSG’s golden attacking duo, and when Kylian Mbappe looks back on this final, he will do so rueing his weak effort from around 12 yards out when unmarked in the box on the stroke of half-time.

Neuer was able to save that one with ease, but the revitalised goalkeeper again had to be at his best as PSG chased the game following Coman’s opener, with Marquinhos and Mbappe denied by the man Bayern fans have dubbed ‘The Wall’.

The ex-Schalke shot-stopper would not be beaten, and Bayern’s celebrations at full-time were in stark contrast to a tearful Neymar, who needed to be consoled by David Alaba for a number of minutes, so upset was the world’s most expensive player.

Questions will be asked of where this leaves Thomas Tuchel’s side three years on from their €400m splurge on Neymar and Mbappe, but there is no doubt that a number of their demons have been put to bed during this strangest of European campaigns.

With few, if any, of Europe’s major clubs able to afford to sign either of the potent pair in a post-coronavirus market, they will be back to do it all again next season, and though this feels like their best opportunity missed, the newly-found belief this run has given them will likely hold them in good stead in 2020-21.