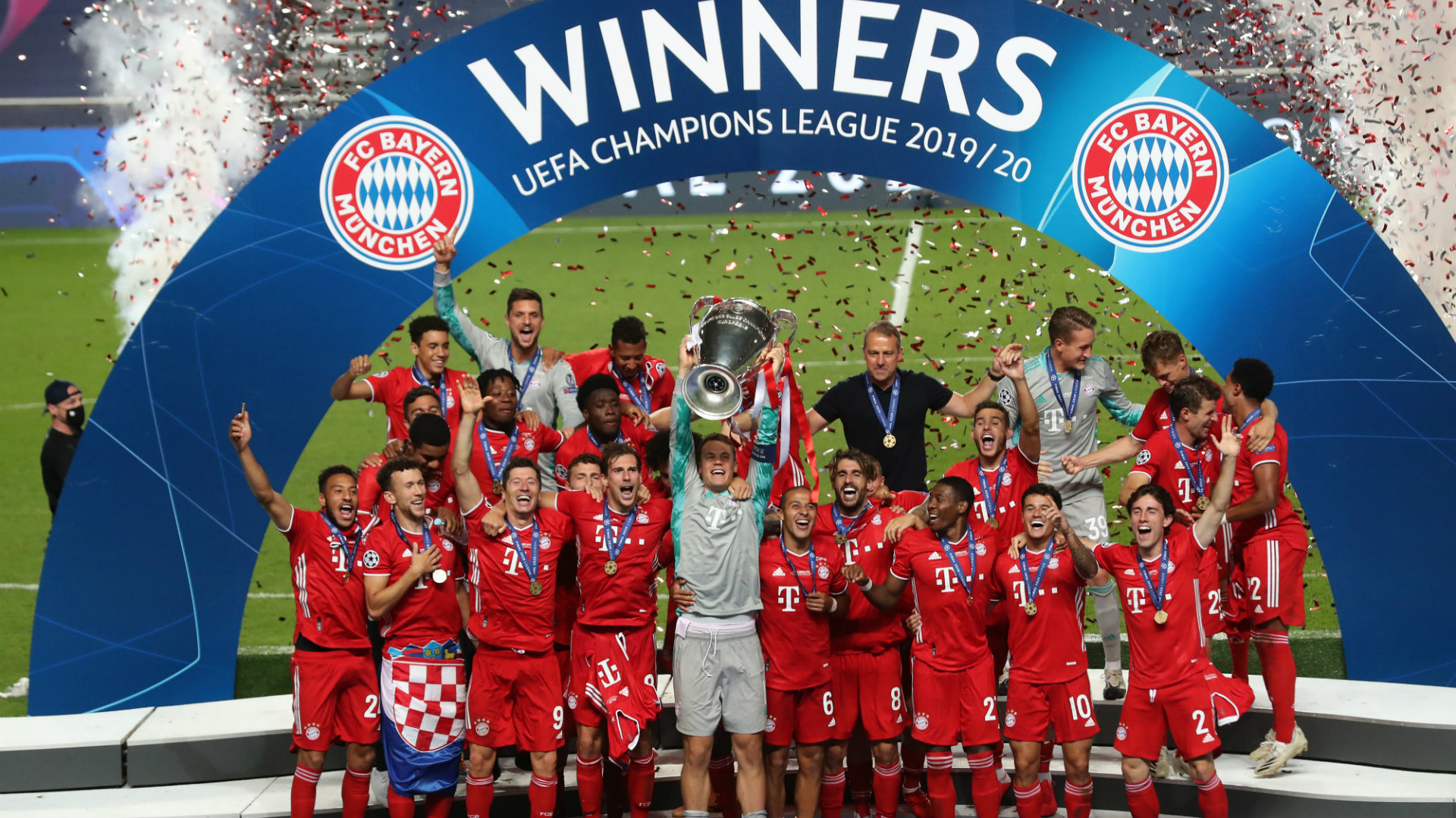 Bayern Munich were crowned Champions League winners on Sunday, giving a final flourish to a campaign which has been near to perfect for the Bundesliga giants.

Kingsley Coman struck against former club Paris Saint-Germain to score the only goal of the final, leading Bayern to continental glory in a 1-0 victory.

It is the Bavarians' sixth win in the European Cup/Champions League, placing them joint-third in the overall trophy standings behind only Real Madrid, who have lifted the title 13 times, and AC Milan (seven).

But never in the long history of the competition had a single team managed to negotiate the entire campaign without dropping a single point, until Hansi Flick's relentless champions appeared.

Sunday's victory over PSG was their 11th in as many games in the 2019-20 Champions League, making Bayern the first side to post a 100 per cent record in the tournament.

That impeccable run began all the way back in September 2019 with a 3-0 defeat of Red Star Belgrade, a result that set the tone for what turned out to be a thrilling, goal-filled dash to glory.

Along the way Bayern netted 43 goals, a mark only bettered in Champions League history by Barcelona.

100% - FC Bayern München are the first side in European Cup/Champions League history to win 100% of their games in a single campaign en route to lifting the trophy (11 wins). Flawless. #PSGFCB #UCLfinal pic.twitter.com/taT6pn23Ik

Flick was originally appointed only as an interim replacement for the sacked Niko Kovac earlier in 2019-20, earning a permanent appointment on the way to a brilliant run of results that saw Bayern lift the Bundesliga, DFB Pokal and now the Champions League.

Amazingly, it is only his third head coach job after spells with Victoria Bammental and Hoffenheim, the latter of which ended in 2005.

The coach went on to spend eight years under Joachim Low as Germany's assistant, before returning to Munich, where he picked up four Bundesliga titles as a player, as part of Kovac's backroom staff.

At 55, Flick is now the fourth-oldest coach to get his hands on the Champions League, with Bayern legend Jupp Heynckes, at 68, leading that ranking.

In his 36 matches in charge so far the trainer has won 33, his side scoring an incredible 116 goals while conceding just 26.