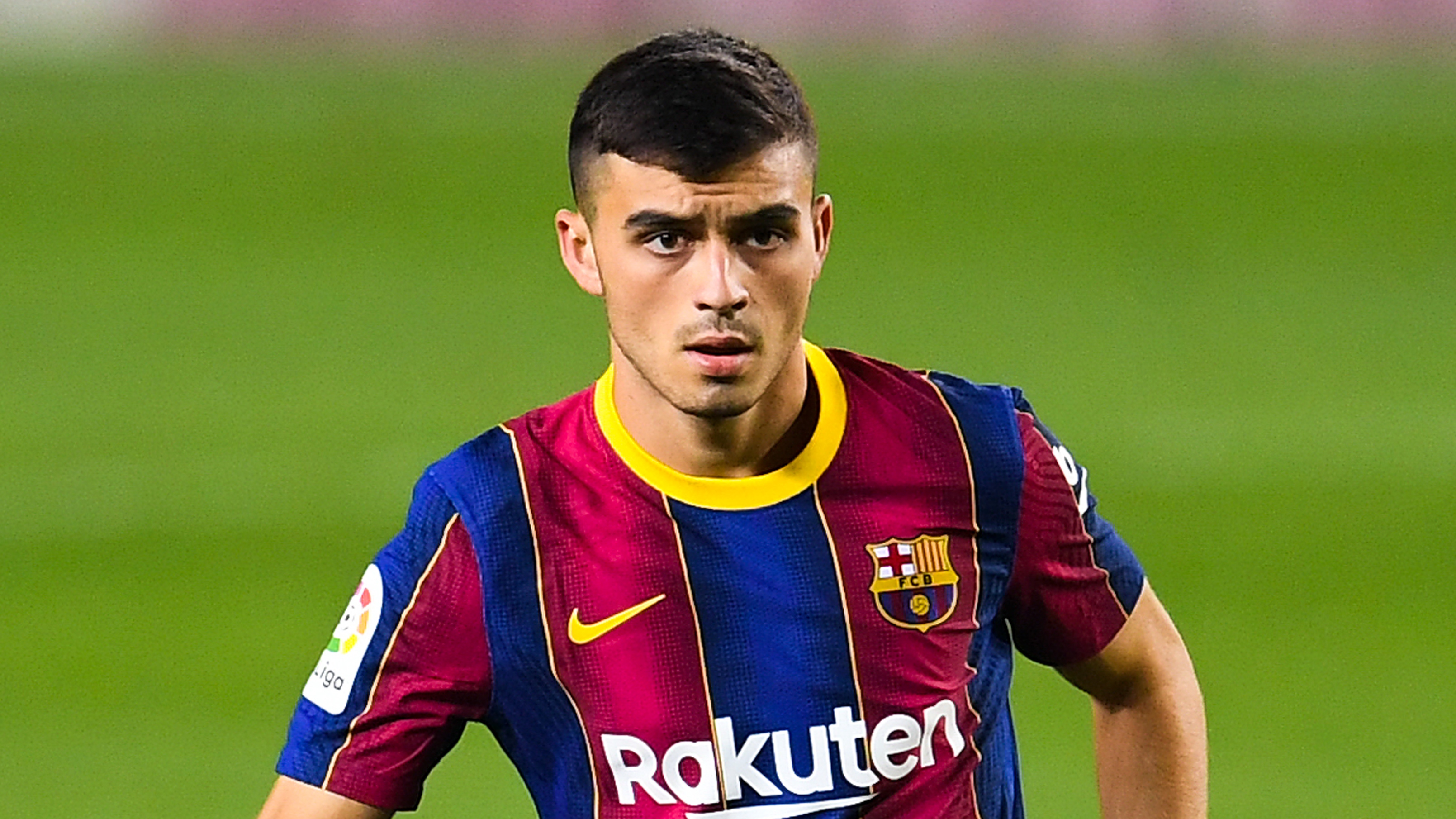 When the draw for the Champions League group stages paired Barcelona and Juventus together, the whole of Europe was excited by the prospect of Lionel Messi and Cristiano Ronaldo sharing a pitch for the first time since 2018.

Even when Ronaldo was ruled out of the first meeting between the two clubs in Turin on Wednesday due to a positive Covid-19 test, there was still a belief that the night would, in some way, centre around Messi.

The Argentine was stepping out onto the field for the first time since Barca president Josep Maria Bartomeu had tendered his resignation; Messi finally free of the man who had helped make his life at Camp Nou a misery in recent years and then blocked his request to leave over the summer.

And yet, on Thursday morning, following Barca's 2-0 win over the Serie A champions, the attention of the Spanish media was not on Messi, or the absence of his long-time rival Ronaldo.

Instead, the press focused on a 17-year-old who, until a month ago, had never even played a top-flight league match, never mind a European fixture between two titans of the world game.

"Pedri is the signing of the decade," read the headline in Spanish newspaper Marca following a performance from the midfielder that belied his age, lack of experience and the initial fee of €5 million (£4m/$5.5m) that Barca paid to sign him from Las Palmas.

Playing on the left of a midfield three, the teenager displayed supreme confidence in possession and excellent positional awareness without the ball.

Pedri completed 40 of his 42 attempted passes and was successful in five of his six dribbles – the most notable of which came when he performed a superb roulette turn to leave Adrien Rabiot stood motionless in the middle of the pitch.

Juan Cuadrado, meanwhile, endured a chastening night as he looked to shut down the teen from Tenerife.

During the first half, part of Pedri's role was to close off Cuadrado's passing lanes as he aimed to get the ball into Juve's best two playmakers, Paulo Dybala and Dejan Kulusevski.

He was largely successful, and that meant as the game opened up after the break, he was able to begin toying with Colombia international Cuadrado, twice leaving him on the floor as he skipped away to launch another attack.

With a worldwide audience watching on, this was very much Pedri announcing himself as a player that many in Spain have been getting excited about for the past year.

The deal to take him to Barca was actually agreed at the start of the 2019-20 season, with his first three competitive appearances for Las Palmas enough to convince the Camp Nou outfit that he could be a potential heir to Andres Iniesta.

The Blaugrana beat off competition from Real Madrid to secure his signing, with Barca set to pay up to €15m (£13m/$17m) if certain performance-based targets are met. Early signs suggest they will be.

Regardless of the final fee, Barca certainly seem to have got themselves a bargain, with the youngster already delivering on the promise that led his former manager at Las Palmas, Pepe Mel, to describe him as potentially "era-defining".

"Barcelona has made a good investment," Mel told Goal in an interview in November 2019. " He understands the spaces very well, when he has to go inside and leave space on the outside or when to realise you have numerical superiorities in certain areas of the pitch.

"Everything he does with the ball, he understands the placement and how to make things easier for his team-mates with his simple game.

"He is able to see that pass between lines that takes out opponents, and he does not need many touches to find those plays.

"Despite his age and having few games in professional football, he is able to see, always with his head up, all the options he has, and he always chooses the best one."

It is those attributes that have impressed Ronald Koeman, with the new man in the dugout at Camp Nou already showing that he is not afraid to lean on young players if he believes they are good enough.

Much has been made of the Dutchman's decision to tell highly-rated La Masia graduate Riqui Puig that he should look to leave the club if he wishes to play first-team football, particularly given some encouraging performances from the 21-year-old in the final weeks of Quique Setien's reign.

But in Pedri the former Netherlands coach looks to have found the ideal player to slot in alongside Frenkie de Jong and either Sergio Busquets or Miralem Pjanic in midfield – and he is four years the junior of Puig to boot.

Pedri has appeared in each of Koeman's seven competitive matches in charge, and marked his European debut last week with a goal against Ferencvaros.

His performances convinced his manager that he was ready to start both Saturday's Clasico against Real Madrid and in Turin. Given the importance of the two fixtures to the early weeks of Barca's season, it was a huge show of faith that the youngster is repaying.

"Pedri is impressive, he has shown his personality even though he’s very young," Koeman told reporters following the win over Juve. "He will be a great player for Barca."

Not only is Pedri showing himself to be great, he is also proving helpfully versatile.

Though most comfortable playing off the left, Koeman has used him as a No.10 at times, while he started the game on the right of midfield in the Clasico.

The fact that he has looked equally as comfortable in all his various roles further illustrates what a special talent Barca have on their hands.

Pedri does not turn 18 until November 25, and already he is helping dictate games at the very highest level.

This time last year he was playing against teams such as Ponferradina and CD Lugo. Now he is being entrusted to start against Real Madrid and Juventus, and playing a starring role.

The sky is the limit for Spain's latest teenager superstar.