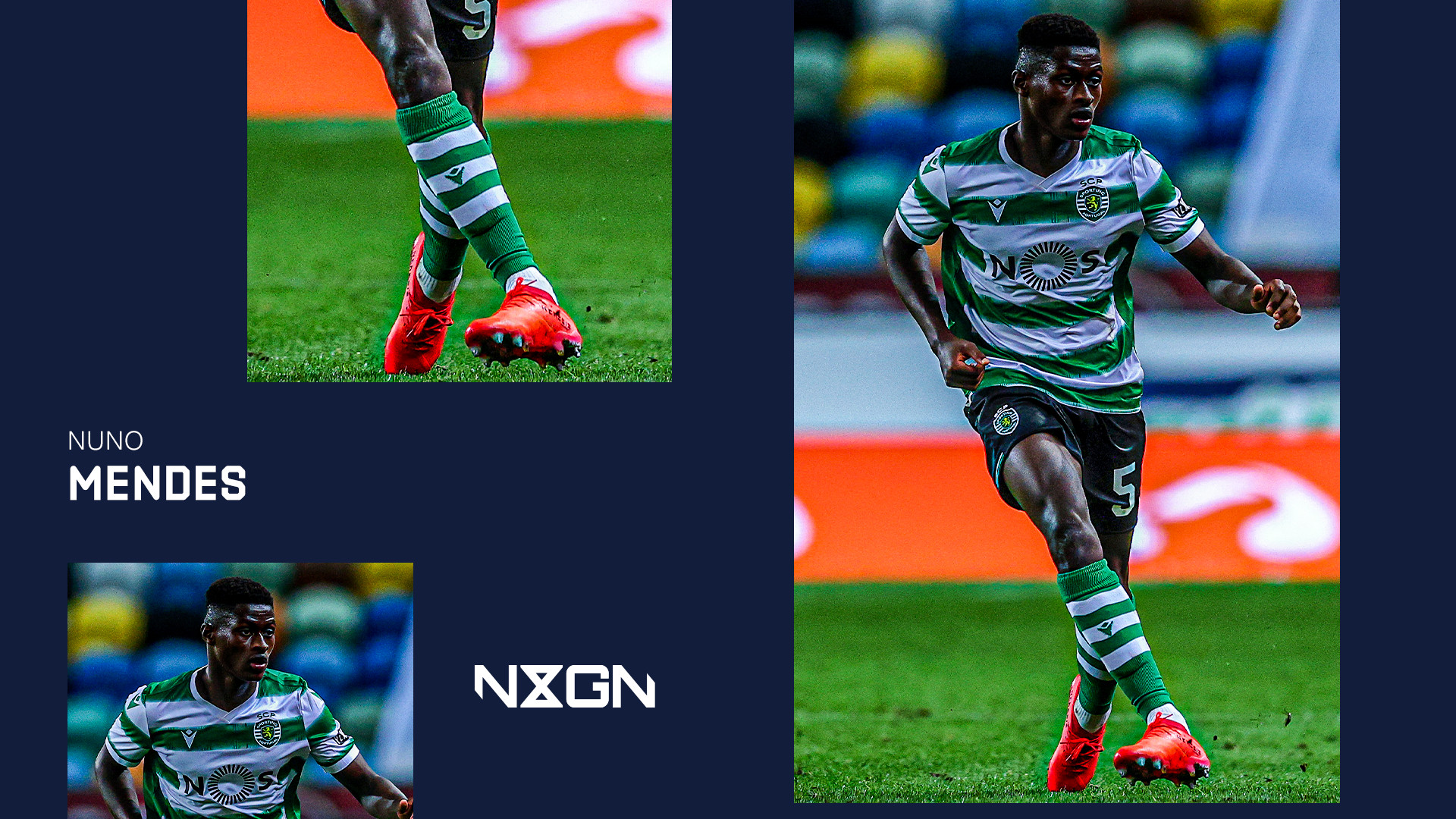 Given everything Cristiano Ronaldo has achieved in the game, it will prove very difficult for any player to emerge from Sporting CP's academy and emulate their greatest ever graduate.

That said, the current crop of youngsters emerging from the Lisbon outfit's youth system are turning heads around Europe, with a number of the continent's biggest clubs keen to get their hands on players they hope can come close to replicating Ronaldo's success.

Flying winger Joelson Fernandes has already been heavily linked with a move to Arsenal while centre-back Eduardo Quaresma is on the radar of both Manchester United and Atletico Madrid.

But of their current crop of teenage talents, it is Nuno Mendes who is garnering the most attention.

The 18-year-old is reportedly a target for Manchester United, Liverpool and Real Madrid, while Juventus, Arsenal and AC Milan have also been mooted as potential next destinations for the impressive young left-back.

Already a regular in Sporting's first team, Mendes has even been tipped by some to be called up to the senior Portugal squad ahead of the rearranged European Championship.

That would mark the culmination of a rapid journey to the top of the game for the teenager, who did not start playing organised football until the age of nine when he was spotted by his school teacher, Bruno Botelho, who in turn invited him to local club Despertar on the outskirts of Lisbon.

A typical street footballer, Mendes made an immediate impression in his new surroundings.

"We did a one-on-one exercise against the goalkeeper to see where he was strong," Botelho explained to Record. "Nuno lifted the ball over the goalkeeper with a 'cabrito' (rainbow flick), and scored with a no-look finish like Ronaldinho used to do."

Another of his coaches at the time, Diego Goncalves, added: "We always started training with the 'ball-hunter'. We gave six or seven balls to 14 kids and they tried to get the ball off of each other.

"The exercise ended when Nuno was without the ball, which usually took around 15 minutes. Just to see the quality he had - it was outstanding."

The existence of a player with such ability and confidence on the ball does not stay quiet for long, and soon Portugal's big three - Porto, Benfica and Sporting - were all sniffing around Mendes.

In the end it came down Benfica or Sporting, and despite spending some time training with the former, Mendes opted for the Estadio Jose Alvalade outfit, admitting they "captivated" him with their sales pitch despite a rather unnerving meeting with Sporting scout Akil Momade.

"He saw me playing and called me to talk to him. Later, when I was alone at home, he knocked on my door. I found it strange and went to get a knife from the kitchen," he explained to Record. "I thought they were going to rob me.

"When I opened the door I saw that it was him and I was calm. He even showed me a Sporting card so I wouldn't be suspicious. He told me they wanted me there and I went with all my heart."

Having been enrolled into Sporting's academy as a 10-year-old, Mendes spent the next four years making the two-hour round trip from his home to training every night with Botelho before eventually moving into the on-site accommodation at the age of 14.

It was around that time that he was being converted from his initial position as a number 10 or wide forward into a left-back, with it felt his speed and selfless attitude combined with his attacking instincts would make him the ideal modern full-back.

There were some teething problems, with Sporting's youth coaches having since admitted they considered allowing him to leave as he struggled with the transition.

But since getting to grips with his new role Mendes has gone from strength to strength, with his eagerness to make driving runs inside the opposition full-back rather than outside ensuring he is consistently difficult to mark in the final third.

After Covid-19 brought a premature end to the youth football season, Mendes was one of a small group of youngsters called up to the Sporting first-team squad by new manager Ruben Amorim despite having only played once since the end of November due to injury.

He clearly impressed, and having made his senior debut off the bench against Pacos Ferreira in the Leoes' second match back after lockdown he was then named in the line-up for the following game against Tondela on the eve of his 18th birthday.

In starting, he became the youngest player to be named in a Sporting XI since Ronaldo broke through into the first team, and the following day he was rewarded for his development with a new five-year contract that included a €45 million (£41m/$53m) release clause.

He went onto start six of Sporting's seven remaining league games, and has retained his place at the start of the 2020-21 campaign having been named in Amorim's line-up as his left-wing-back of choice for each of the club's opening five games of the campaign.

As well as continuing to improve defensively, his ability in attack continues to allow him to stand out from the crowd, with his first senior goal in early October a clear illustration of what he can offer in the final third.

With less than five minutes gone against Portimonense, Mendes nipped in to win the ball off the opposition full-back, skipped away from the covering centre-back before producing an outrageous piece of skill to wrong-foot the goalkeeper and open up space for him to stab into the bottom corner.

Only Ronaldo and Ricardo Quaresma - the two players regarded as the club's best-ever academy graduates - have scored goals for the Sporting first team at younger ages, and if their careers are anything to go by then Mendes looks well set to go to the very top.

He has admitted that playing in the Premier League is a dream, and neither United nor Liverpool are likely to stop monitoring the progress of a player who idolises David Alaba, Marcelo and Lionel Messi, as well as Ronaldo.

They will have to fork out a fair chunk of cash to secure the teenager's signing, but the signs are that Mendes will be worth every penny.